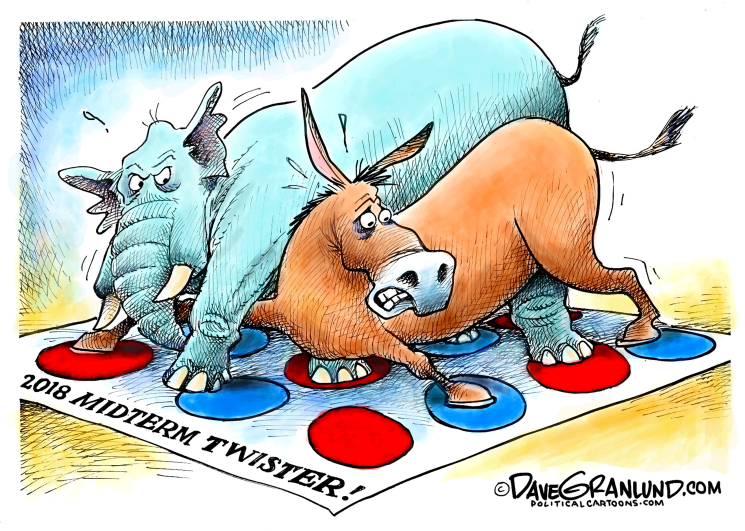 Let’s be frank. Congressional incumbents seeking re-election have a distinct advantage over their opponents. One of those advantages is the congressional franking privilege.

For those far enough away from high school civics class to remember, franking allows members of Congress to transmit mail under their signature without paying postage. Franking legislation has a long history, dating back to the First Continental Congress in 1775.

Franking was originally intended to allow lawmakers to regularly communicate with their constituents. In the days before radio, television, the internet, email, and social media, it was a valuable tool. Over time, however, more than a few legislators ended up abusing their privilege – especially in periods leading up to elections.

Franking evolved into something akin to free campaign advertising. In response, federal laws, House and Senate rules, and committee regulations were tightened to curtail misuse. Despite the best of intentions, workarounds continue that allow officials to use franking as a means of self-promotion.

Politicians on both sides of the aisle are less than frank when it comes to their use of franking. These communications are supposed to be employed when responding to constituent requests, official member activities, positions on issues, and notifications of town hall meetings among other specified uses. Yet, for many incumbents, there’s a fine line between information and caged campaign communications. Those lines are often blurred in hotly-contested races. Given the stakes in the upcoming mid-terms – and the possibility that Democrats might possibly wrest control of the House – many incumbents on the endangered species list have employed this congressional perk as a means of voter outreach.

House members are prohibited from sending franked communications within 90 days of a primary or general election in which they are a candidate. Legislators know this, and they push the envelope, franking right up to the deadline. If, in recent weeks, you’ve been on the receiving end of postcards or letters touting what your representative may have done for you lately, it may have been delivered to your home on your dime. It’s easy to figure this out. By law, your representative must note whether the mailing was made at taxpayer expense.

A 2016 analysis published by Roll Call found that lawmakers in vulnerable congressional districts spend almost three times as much on constituent communications as their counterparts. Maybe your representative is one of them. Putting an informative piece of mail in a constituent’s hand is often the next best thing to a handshake. Especially for beleaguered politicians who avoid town hall meetings.

Many voters (and I’m one of them) may recently have been on the receiving end of “robo-calls” announcing a telephone town hall meeting. They’re often made minutes before the meeting is taking place. For those whose days aren’t spent sitting next to their phones, those calls often head straight to voicemail or an answering machine. Maybe you don’t even have voicemail or an answering machine. The result is being unable to call in, hear what your representative has to say or – more importantly – take them to task for positions held or votes cast.

Franked mail and telephone town hall meetings are often a simple solution for unresponsive representatives unwilling to be called on the carpet by folks at home.

Constituents are ultimately consumers. They expect and deserve good customer service from their elected officials regardless of party affiliation. Franked communications and robo-calls are usually not a true test of your representative’s achievements. To understand where they really stand and whether they’re aligned with your own beliefs and priorities takes effort. It means going online and researching their voting record or calling their office to ask questions or voice concerns.

We’re now within 90 days of an extremely important election. Franked mail will no longer fill our mailboxes. Instead, we’ll be left with distorted, disingenuous and often bilious paid campaign literature. After tossing it unread into the garbage along with all the other unwanted junk mail you receive, do your homework, find out where the candidates stand and, then, decide for yourself.

It’s a lot to ask. Many of us have grown lazy, apathetic, or feel beaten down by partisan rhetoric. Others vote along party lines or are swayed by misinformation and half-truths. Or facts gleaned from franked mail and other forms of impersonal congressional communication. We can ill-afford to do so.

As menacing as ongoing Russian election meddling may be, a more ominous threat to American democracy is a disengaged, uninformed electorate.