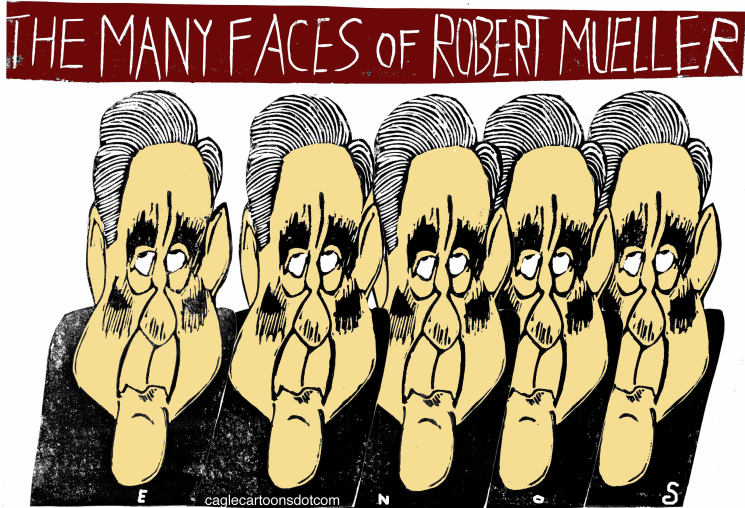 In justifying his demand for ex-special counsel Robert Mueller to testify publicly about his investigation into alleged Russian meddling in the 2016 election and his 448-page report, Judiciary Committee Chairman Jerrold Nadler of New York quipped: "Nobody reads the book, but everybody will watch the movie."

It turns out the movie was a box office bomb.

The leading man fumbled his lines, lost track of the narrative, mumbled responses, appeared bewildered and finally refused to answer questions. For Democrats, Mueller's overhyped and much anticipated appearance was an embarrassment.

Nadler and his like-minded colleagues should have foreseen the outcome.Instead, they allowed wishful thinking to override cooler and more objective understanding.

Mueller was the epitome of a reluctant witness.He was already on record as refusing to testify, followed by a warning that he would refuse to comment beyond the findings in his report. Nadler, though, apparently believed he could lead Mueller into areas where he clearly did not want to go and elicit responses deeply damaging to Trump. Support for impeachment, he felt, would quickly spread and force Speaker Nancy Pelosi to abandon her misgivings and give in to the pressure.

None of it happened.

Pelosi remained unmoved, recognizing that taking Mueller's testimony to the American people as the foundation for impeachment wouldreinforce the perception that Democrats were motivated by a revenge-driven desire to upend the result of the 2016 election.

To satisfy the pitchfork and torch crowd, Pelosi ratcheted up her rhetoric accusing Trump of misdeeds and a cover-up while emphasizing that congressional committee inquires and litigation would continue.

Her political calculation turned on a belief the Democrats' majority would be imperiled if the 2020 campaign was a proxy vote on impeachment. She is willing to allow the impeachment bloc to continue to cry for Trump's head, but she is unwilling to allow it to become the party's sole message.

"Vote Democrat and Impeach the President" may play well in some Congressional districts, but a coherent, issue-oriented agenda on topics such as immigration, trade, taxes and spending, and criminal justice reform will play more effectively.

Pelosi and a majority of her caucus understand that ending the Trump Administration is in the hands of voters and should remain there, rather than indulge in an exercise destined to fail in any event.

While articles of impeachment stand a reasonable chance of approval in the House, conviction in the Senate is out of the question.A protracted, bitter partisan debate will bring out the worst on both sides and further erode the confidence of the American people in their government.

Mueller's testimony broke no new ground. His two-year investigation and report were a damning portrayal of a political campaign populated by characters ofquestionable motives, but eventually concluded there was insufficient evidence of a conspiracy involving the Trump campaign and Russian operatives.

His findings and testimony that his investigation neither supported nor excused obstruction of justice allegations against Trump has given both sides the opportunity to claim victory.

On this point, the waters were muddy when the report was released and Mueller clearly had no intention of clearing it. Trump, of course, interpreted Mueller's testimony as vindicating his" no collusion, no obstruction" position while reiterating his witch hunt characterization of the investigation.

Pelosi recognizes that acquiescing in demands for impeachment plays into Trump's hands and his campaign will fill the air with accusations that Democrats are attempting to abuse its Constitutional authority to achieve what it failed to win at the ballot box.

A majority of House Democrats - despite their intense dislike for Trump - share Pelosi's view that the path to maintaining control lies in convincing voters they can solve the difficult problems facing the nation rather than engaging in a drawn out public brawl with Trump - an individual who not only enjoys this kind of political hand to hand combat but is rather proficient at it.

In truth, Mueller's six hours of testimony added very little to the storehouse of knowledge concerning the allegations that continue to swirl around the 2016 election. The politically hard-headed understood his appearance was a public relations kabuki dance that would reflect poorly on Democrats.

While Nadler may have had high hopes for his movie, the headline in the trade paper Variety turned out to be "Hearings Lay An Egg!"