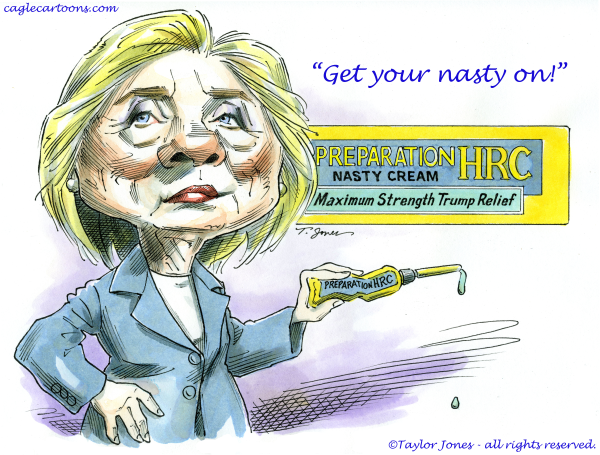 While President Biden’s downward spiral in public approval continues, nervous Democrats have sought to reassure one another to remain calm, insisting there remains ample time for the administration to right the ship and bring the American people on board.

Signs of desperation have crept onto the horizon, and none more politically fraught than rumors that Bill and Hillary Clinton will re-emerge to rescue the party - he as strategist and she as candidate for president in 2024.

That Democrats would turn for salvation to the most self-absorbed individuals in recent American history is compelling evidence that faith in a Biden administration rebound is fast disappearing, likely costing Congressional majorities this year and the White House in three years.

Twenty-eight House Democrats have already announced retirements, preferring to leave voluntarily rather than be swept out by an incoming red tide in November.

In the span of one year, Biden has plunged in public approval - as low as 32 percent in one survey - while struggling on every front.

His signature domestic agenda item, a $1.75 trillion expansion and creation of new social welfare entitlement programs lies in ruins. His response to the rise in the economy-sapping rate of inflation has been to dismiss it as temporary, while illegal immigration over the southern border remains out of control. A much-touted effort at rewriting election law appears doomed, and the pandemic continues to establish record infections amid criticism the administration acted late and weakly to control it.

And the chaotic and deadly military withdrawal from Afghanistan last August remains a global embarrassment.

Kamala Harris is a walking public relations nightmare, her bizarre and often incoherent public utterances have secured her place on the roster of America’s most inconsequential vice presidents.

Speculation will continue to swirl around whether Biden, at 82 years of age, will forgo a re-election effort in 2024, leaving Harris as the heir apparent - a prospect terrifying Democrats while delighting Republicans.

Enter Bill and Hill, the answer to the short bench bedeviling the Democrats in search of a candidate with a chance of winning but who, at the least, will avert a landslide loss and maintain a competitive position in Congress.

Hillary has maintained a presence on social media and in select interviews, offering suggestions and analyses while attacking Republicans as an existential threat to democracy.

Her overwhelming desire for relevancy emerged in her recent subtle swipe at progressives who, she said, have concentrated mistakenly on driving a left wing agenda rather than on areas of the country where victory is possible.

Translation: Socialism is a loser, centrist moderation is a winner.

Her bitterness over her 2016 loss to Trump comes through occasionally as she continues to blame it on Bernie Sanders, former FBI Director James Comey, and a gang of shadowy Russian operatives working on Trump’s behalf.

If her introspection equaled her self-absorption, she could discover the answer.

Bill Clinton is one of the most insightful and shrewd political figures in recent memory. Hillary Clinton is not.

She remains a polarizing figure among those who find her arrogance, condescension and superior attitude off putting, often pointing to her “basket of deplorables” description of Trump supporters as damaging evidence of out of touch elitism. Even her campaign slogan “It’s Her Turn,” reeked of personal privilege.

There’s little doubt that, at age 77, she would find another run for the presidency intriguing, a redemption of her 2016 loss of an election she was universally predicted to win.

However, it's likely she would resist competing in exhausting and costly primary contests and insist on a clear field to the nomination. While moving Harris aside may be painful, the party establishment - hungry and desperate for a victory - wouldn’t hesitate.

They are willing to swallow hard and deal with the self-centeredness of the Clintons if it puts the White House within reach.

Is the nation, though, prepared for a Clinton-Trump rematch?