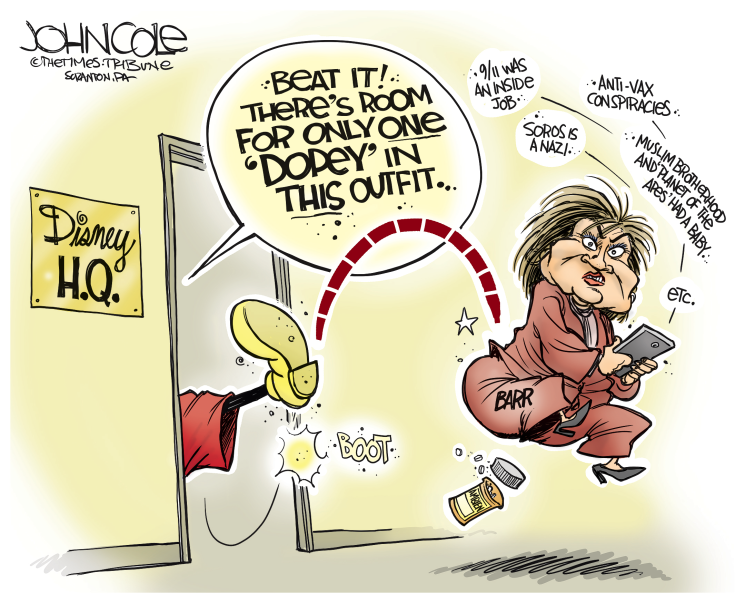 I used to watch Samantha Bee because her manic sort of mean-girl humor appealed to me. (I’m a manic sort of mean girl myself.)While I don’t share her politics, I like her delivery and her sass, and the fact that she’s Canadian is even more delightful, because who knew Canadians were funny? (Please don’t email me about all the great Canadian comics. That was my mean-girl humor.)

But after this week’s show, I won’t be watching her ever again.It’s my own private boycott, and won’t involve the cancellation of major contracts and the loss of hundreds of jobs on an ABC sitcom, or diversity training at a franchise of coffee shops. But it will make me feel a little less dirty.

This week, Bee made a major bumble and called Ivanka Trump a “feckless c—‘” because Trump had the audacity to post an Instagram photo of herself with her youngest baby, Theodore, on Memorial Day weekend. Bee was upset that Ivanka could seem so “tone deaf” about loving her child when her dad’s administration was apparently separating children from their parents at the border.

Now, you can disagree with President Trump’s immigration policy. I do. I not only disagree, I am actively fighting along with other immigration lawyers to end it. While I understand the philosophy behind it, it is simply base inhumanity to separate children from adults and put them into foster care and detention centers. Those who, like me, are virulently opposed to abortion and call themselves pro-life would be hypocrites if they said they supported this draconian and cruel measure,

But what you should not do is use your disagreement with government policy to slander a loving young mother who has the audacity to show how much she loves her child on social media.

Samantha Bee is a darling of the evolved liberal set, the ones who talk about how much they care about human rights.

But that doesn’t give her, or any other progressive, carte blanche to slander Ivanka Trump.

I’ve been called the “See You Next Tuesday” word online and in emails, and while I don’t really get upset anymore, it is always revelatory how little respect so-called progressives have for the women who disagree with them. And poor Ivanka didn’t even say anything disagreeable. She just posted a lovely photo of her child, and the gates of hell opened up on social media.

This brings me to Roseanne Barr, whose ABC show was canceled last week after the controversial actress posted a racist tweet. The difference between Bee and Barr? Barr was a flagship star on a big network. ABC was right to fire her, although I will miss the show and feel very sorry that many people who worked with her will now be unemployed. There is no excuse for what she said, Ambien or not.

Bee, on the other hand, is on a late-night cable show, where you can say pretty much whatever you want – within reason. You should not be able to say the things that Bee said and get a pass for being a feminist. No woman who attacks another mother the way that Bee did is a true feminist. If you cannot show respect to people with whom you disagree, and if you can’t hold your fire when a young mother displays genuine affection for her child, you are the other c-word: Classless.