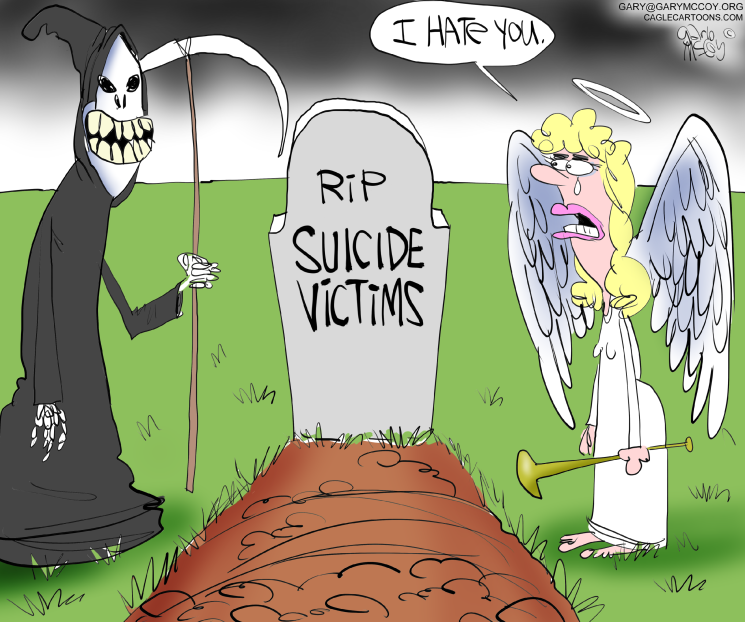 When I heard my brother Jonathan had taken his own life, my first thought, unfiltered through the sieve of reason, was: “Why the hell did he do this to me, to my mother, to us?”

When I learned that Kate Spade had taken her own life, my first thought was: “Why did she do that to them?” referring to her husband and 13-year-old daughter.

And when, almost unbelievably, I learned that Anthony Bourdain had committed suicide in his hotel room in France, I thought “My God, he had everything to live for! Why?”

Twenty years have not blunted my instincts or reflexes. But unlike the decades it took for me to grapple with my anger and bewilderment at my brother’s act, I quickly realized my gross mistake in blaming Spade or Bourdain for “hurting” their loved ones or making it about “fault,” and felt ashamed.My friend helped me listen to those better angels in a Facebook post where she observed, “To paraphrase Olympia Dukakis in Moonstruck, ‘What you don’t know about depression is a lot.’ ”

I’m not a psychologist, and my judgment of human nature has been called absolutist, but even I understand that humans cannot live without hope.Emily Dickinson took her Baccarat crystal words and described it like this:

Indeed, depression is something that obliterates the ability to see light through the fog.I have never suffered from its heavy gravity, dragging its victim down to a place where reality is seen through a dark veil, even when the rest of the world can only see why he or she should be filled with gratitude for a wonderful life.

By all accounts, Kate Spade had that wonderful life.She was extremely talented, rich beyond any metric I would understand, married to a man who loved her, blessed with a sweet child, and a creative genius.Perhaps that last part is key, though.My sister, who worked in marketing for almost a decade, told me that artistic people are often the ones most susceptible to suicidal thoughts.

That’s probably why I shouldn’t have been shocked about Bourdain’s death, either. The chef-turned-journalist-turned troubadour of the road had lived a hard-edged life and had once noted that he was surprised to have made it to age 30.He was a manic, magnificent artist.But he was so full of life, that his death still came as a shock. It shouldn’t have.

But depression doesn’t discriminate. It affects kings and commoners. It affected my gentle brother, who, as a child, was kind but detached and seemed to have nerve endings right below the surface of his translucent skin. Normal things that went unobserved by the rest of our rowdy crew of five would be a source of angst for him.His empathy was exceptional for a child.He felt things deeply. He had an otherworldly aspect to him, which might explain why his favorite show was Star Trek.Even when he laughed, he seemed vaguely sad.

I don’t know if this was the beginning of his depression, but the fact that these things stand out in my memory lead me to believe that his albatross followed him from childhood. That’s not to say Jon was never happy. But it was never complete happiness.

When we learned he had committed suicide on the cusp of his 31st birthday, I took comfort in the image of Jonathan Livingston Seagull rising to the heavens, finally free.

The idea that family wasn’t enough to save him only sank in after years of anger.I forgave him for abandoning us, especially my mother, when I realized that if love could keep someone alive, he would still be with us.Depression is not caused by lack of love.Some of the most beloved people commit suicide.And I have no doubt Kate Spade was surrounded by fierce, intense, profound love. I know that Bourdain was in love with Asia Argento, his apparent soul mate.

Suicide is the last act of someone in pain, and who has lost hope that the pain will end. Spade had all the outward signs of success and every reason to be happy, and yet it wasn’t enough.Neither was the love for her child.Neither was Bourdain’s love of life. Neither was my brother’s love for us, or ours for him.

I have no answer, only a suggestion: Listen to the words not spoken when someone says that nothing is wrong. Be vigilant. Have compassion.