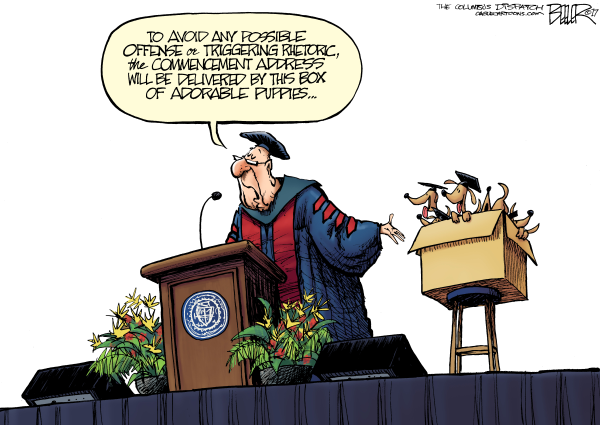 I was watching TV the other night, and one of those ubiquitous campaign ads popped up. This time, it was a female candidate for the Pennsylvania Supreme Court, discussing all of her accomplishments.

Other than the fact that it was refreshingly positive and didn’t engage in any vitriol there was nothing particularly notable about the ad. But something stuck with me, something that others might consider completely innocuous but that has been bothering me for years.

The candidate noted that she was “the first in her family to go to college.” Many people have used that in the past, the whole American Dream story about children doing better than their parents, who did better than their own parents. It’s a classic narrative of upward mobility, and who can blame someone who has struggled for being proud of their accomplishments?

But as the child of the “first college graduate” in his family, and someone who, herself, has two degrees which were paid for through trust funds, student loans and a few annoying summer jobs, I am starting to realize that there is something really wrong with measuring ourselves by our level of education.

My grandmother Mamie left school in the third grade because her mother and father needed her to earn a paycheck. She worked in a cigar rolling factory, in a candy factory, in restaurants, in stores, in any place that didn’t care about child labor laws. That covers pretty much every industry in the early 1900s.

My grandfather Mike was a trashman and spent the best part of his youth and adulthood driving through the streets of Philadelphia, gathering up other people’s refuse.

My mother Lucy ended her academic career with a diploma from West Catholic Girls in 1956, and then went to work. She handed over every paycheck, unopened, to her parents. It never occurred to her to go to college, because that high school diploma was already more than Mike and Mamie could have hoped for her.

My father Ted worked his way through school, didn’t get a penny from his own parents, gratefully accepted the love and financial assistance from his girlfriend-fiancee-wife Lucy, and ended up on Temple Law Review. And the rest is history.

There is nothing wrong with that judge being proud of her accomplishment as the “first college graduate in the family,” as long as it is mentioned with humility and generosity of spirit and not as some attempt to separate herself from her origins. As someone who was blessed with the ability to spend 20 years of her life in a classroom on someone else’s dime, I am in no position to undervalue importance of a college education. It is the greatest gift my parents gave me, after life.

But I would never, ever say that I was the “first” in my family to do something (especially since I’m actually the “second”). My father was no longer alive when I got my degree from Bryn Mawr, but Mamie was. The first person I ran to when I got the diploma, the first person whose arms wrapped tightly around me in an embrace that smelled of Jean Nate and powder, was my grandmother. And the first person I thought of at the party afterward, looking at the plates of half-eaten food and empty bottles of soda, was Mike. He would have cleaned up the mess, and not danced in the aisles.

There are reasons that I am able to write at all and reach strangers with these thoughts, and they have nothing to do with my college education. My life is possible only because other people did the hard work, the dirty work, the work that goes unmentioned in campaign ads.

So the next time I hear someone say she was “the first to go to college in my family,” I will wait for her to thank that family for the glory in their life. When I go to sleep tonight, I’ll be thanking my own.