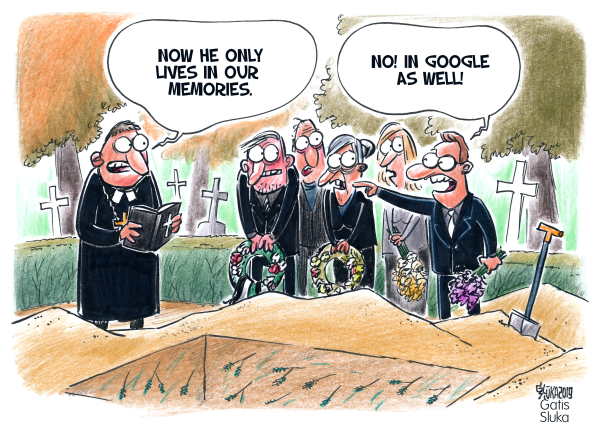 If you have a habit of forgetting names as soon as you’re introduced, join the club.

In all fairness, I have a mind like a steel trap when it comes to appointments, debts and trivia; it’s just that names tend to chew their leg off in order to escape.

Bless his heart, my son Gideon is even worse. We’ll be out shopping, and some peer will shout a hearty, “Hi, Gideon!” It may be someone who bullied him through six years of school or the person who saved his life three times with the Heimlich maneuver, but 95 percent of the time he gets a “deer in the headlights” look when asked their name.

It’s just that his mind is always running in a thousand different directions. It’s not that he considers his classmates to be lesser beings. (Gideon, stop shining that magnifying glass on what’s-his-name!)

Humans are not hardwired to remember names, but etiquette mavens insist that my mental freezes are borderline rude. Apparently, I have sole responsibility for the recognition, validation and self-esteem of every sentient being I meet in passing.

That is fundamentally unfair. Different people have different talents. Why pick on someone because of their lack of memory skills? How come the self-worth of minor acquaintances isn’t based on your ability to bench-press 800 pounds for them? How come you never hear anyone whine, “You couldn’t duplicate Jimi Hendrix’s rendition of the ‘Star Spangled Banner’ for me, so I’m going on suicide watch”?

Experts will offer you all sorts of mnemonic tricks for committing names to long-term memory, but they don’t always work in a bustling networking situation or a crowded party. Strangers won’t pause long enough to let me process information. They invariably distract me with some inane chitchat such as “Eyes up here,” “You have a grip like my four-year-old” or “John has told me so much about you, but I thought I would go ahead and take my medicine.”

Too few names fall into that “sweet spot” of being neither too mundane nor too obscure. Visualization doesn’t help make lasting connections with these extreme cases. With the former, I invariably picture myself watching paint dry. With the latter, I typically conjure an image of whatever their parents were smoking when they concocted that name.

Well-timed flatulence is an excellent defense mechanism. If you are introduced to someone whose name you will probably forget, cut loose with appropriate volume. Hold your hand to your ear and give that plaintive “didn’t quite hear you” grimace. Repeat until they give up. Believe you me, this will save you from an embarrassing situation in the future.

I also recommend bluffing your way through an awkward situation. If you recognize a face that you can’t match with a name, go on the offensive. Rush up and start singing a song snippet such as “I got chills, they’re multiplyin’…”

When they give you a blank stare, provide them a chance to save face by muttering, “Oh…I really shouldn’t have expected you to remember OUR song all this time. And I hate to bring it up, but it looks like you forgot to bring that pony you promised my paraplegic son, Wee Angus.”

Either they will apologize profusely to YOU, or they will call 9-1-1. (“There’s this potentially dangerous visitor in the office. No, I can’t remember his name, but...”)