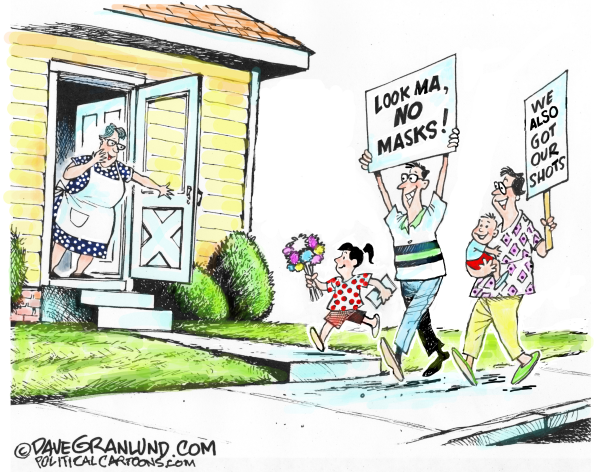 Millions of young women dream of being honored on Mother’s Day.

Millions of others know in their hearts that they don’t want to have children, or at least not on someone else’s timetable.

Many in both groups run the risk of someday facing an unplanned, unwanted pregnancy.

Society assures us these women always had only three choices: get an abortion, endure 18 years of servitude or go through an emotionally wrenching adoption.

There is another option for these women (and their “lovers”): be proactive and consider displaying a little common sense upfront.

Rape, incest and those doggone substandard condoms are the usual scapegoats when an unintentional pregnancy develops, but those statistics are vastly overrated.

Let’s be honest: we see hundreds of thousands of “surprise” pregnancies year after year after year because (a) people are “dating” under the influence of alcohol, drugs or intense peer pressure, (b) women shack up with lowlife bums who molest their daughters and (c) couples take stupid, stupid shortcuts.

There. I said it.

We recognize “buzzed driving” as drunk driving; but bedhopping while bombed? “Go ahead, You Only Live Once. But be responsible. (Wink wink)”

Some feminist leaders treat self-control and delayed gratification like The Solution That Must Not Be Named. They want women to be empowered, but how much power do you wield when José Cuervo is calling the shots?

There is great power in providing the egg or sperm that could become a human being. But with great power comes great responsibility.

If Hollywood, hormones and fair-weather friends are all urging you to do the same thing, there’s a 99 percent probability that it’s a bad idea.

I can’t think of a single civilization that wound up on “the right side of history” by promoting unbridled hedonism. Can you? The Sexual Revolution has produced immeasurably more bitter regrets, bad karma and carnage than the French Revolution.

No one has ever died of spontaneous combustion simply because they decided not to be alone with a member of the opposite sex while stoned, depressed or on the rebound.

This column is not an attempt to shame anyone for misjudgments they have already made. It is not a critique of the pros and cons of recent abortion laws. It is not a declaration that we can/should become a nation of celibate monks and teetotalers.

It IS a fervent prayer that at least one person will have the guts to block impaired judgment and sex from being allowed in the same ZIP Code.

Whether you are an influencer only under your own roof or your reach extends to the media, public office or service organizations, please think about what I’ve written.

Every child deserves to be loved and wanted, but we’ll never achieve that if parents and civic leaders continue living vicariously through intoxicated daredevils in heat.

We can’t keep treating the symptoms of risky behavior without addressing the causes.

We all want our children to grow up and get good jobs, but we need to put less emphasis on the vocation and more on the growing up part.