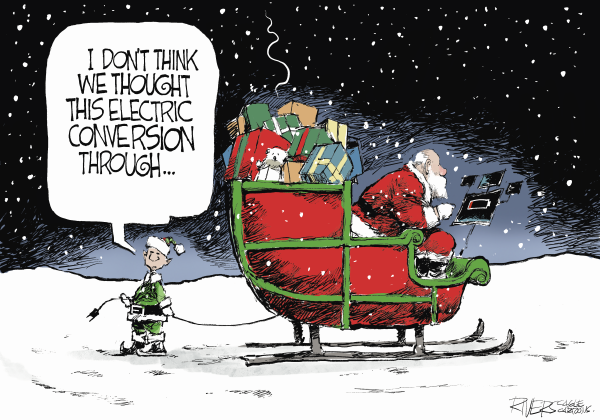 Saint Nick wasn’t the only man in a red suit that magical Christmas season 50 years ago.

On Saturday December 23, 1972, I walked from my house to Sharp’s Drive-In Market and splurged on four 20-cent comic books.

One of my selections was heavily influenced by an ad appearing in DC Comics: “Coming in December…DC’s Christmas gift to you! Shazam is coming!”

I could scarcely wait to rush home and open my copy of “Shazam!” #1. Unfortunately, my gut reaction upon seeing the interior artwork was, “What’s this cartoony junk???” You see, I had recently sworn off “kiddie” comics. But “Shazam!” grew on me. By the second issue, it was my favorite title.

“Shazam!” #1 featured the triumphal return of “the original Captain Marvel” and his extended family. Introduced in Fawcett’s “Whiz Comics” #2 (cover-dated February 1940), Captain Marvel was the alter ego of boy reporter Billy Batson. By speaking the magic word “Shazam!,” Billy summoned a mystical bolt of lightning and transformed into a costumed adult super-hero who saved the world from countless threats.

During the 1940s (what comics aficionados refer to as the Golden Age of Comics), Captain Marvel appeared in his own 12-chapter Republic movie serial and even outsold Superman on the newsstands.

But “the world’s mightiest mortal” went into limbo in 1953 because of (a) the declining popularity of super-heroes and (b) a long-running lawsuit in which DC accused the good captain of being a rip-off of Superman.

That’s why “Shazam!” was such a big deal in 1972, bringing Captain Marvel and the rest of the Marvel Family back to a nostalgia-crazed world after almost 20 years. (The comic had to be named “Shazam!” after the magic word and the wizard who gave it to Billy, because in the ensuing decades rival Marvel Comics had trademarked the name Captain Marvel and introduced the first of a series of heroes bearing that name. Countless fans over the past half-century have gotten the book title and hero name confused, so DC officially changed the hero’s name to Shazam circa 2012.)

(When I was writing for “Comics Buyer’s Guide” magazine in 1987, I received a letter from Captain Marvel co-creator C.C. Beck, lamenting that the modern handlers had made the character either too silly or too grim, rarely capturing the delicate balance of whimsy and suspense that marked the original incarnation.)

I’m glad DC keeps going back to the drawing board, trying to let the do-gooder live up to his potential. My family enjoyed the 2019 movie and looks forward to next year’s sequel, “Shazam! Fury of the Gods.”

I hope that this Christmas some lucky child finds Shazam! graphic novels or a DVD of the aforementioned movie under the tree.

We still need to believe in the triumph of good over evil.

And we sometimes need to comfort ourselves with the fantasy that one magic word could endow us with the strength to solve all our problems.

I heard rumors that the concept has even reached the White House, whose current occupant perhaps read the 1940s adventures of Captain Marvel.

“With one magic word…fourscore and seven years ago…”