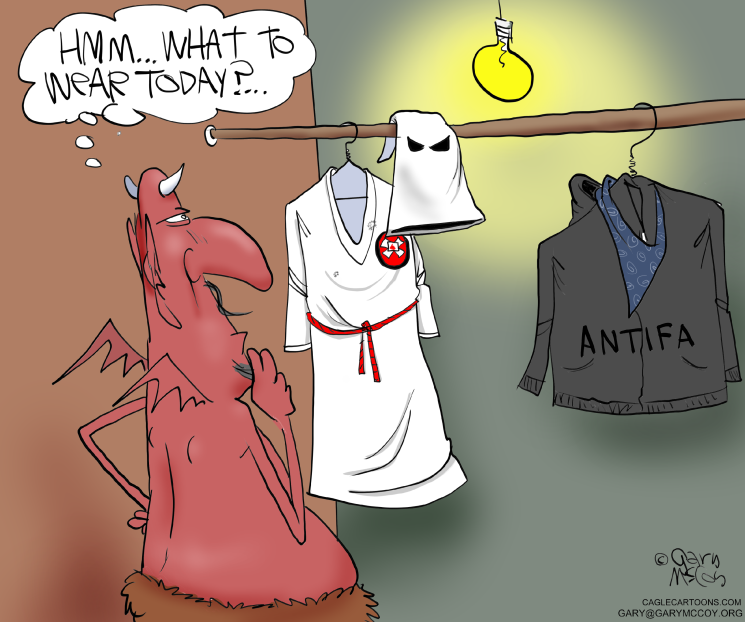 This week in less-discussed national security news, a federal jury convicted three would-be terrorists. While their story hasn’t exactly dominated headlines, I personally was relieved to hear of the end of their trial-because two years ago, they were plotting to attack a place that I love.

Garden City, Kansas is located in the middle of the western half of a state many Americans know little about. It’s a town of about 26,000 people-not tiny by any means, but smaller than the city suburbs in which I grew. While I’m not a native of Kansas, my family has roots in Garden City; it’s where my parents went to high school, where my maternal aunt’s family lives, and where my paternal grandfather was a city councilman and the mayor for a number of years.

In October of 2016, a place I know as the site of many happy Christmases and Fourths of July appeared in my Twitter feed for an entirely different reason. Three men connected to local, far-right militia movements were arrested for their plot to bomb an apartment complex there that housed many Somali refugee families. Their target was chosen deliberately; the goal was to “wake people up” and initiate a much wider conflict between Islam and the West.

Thankfully, the thorough and professional work of the FBI meant that these evil plans never came to fruition. And with a guilty verdict marking the end of their four-week trail, they move one step closer to justice: a sentencing on 27 June.

Even with a happy ending, the story gives me pause, first and foremost for personal reasons. Previously, terrorism had been something I studied and thought about in the abstract; I was never forced to think about its impact in visceral terms. Knowing a place I loved-specific, real people that I loved-had been targeted struck fear into my heart, and it helped me understand one lens through which many Americans see issues of national security.

But there’s a wider lesson too in how this story has been covered. If three immigrants from Muslim-majority nations had conspired to commit a bombing, the national-level reaction would have been wildly different than a flash in the pan wire report-aside from provoking a maelstrom of presidential tweets, the story would have lead the major cable networks for well more than a day.

This is even more backwards considering that right-wing extremism like the would-be bombers’ plot is quantitatively far more dangerous to Americans than any other kind of terrorism. Peter W. Singer, a prominent national security scholar and former official in the Departments of State and Defense, wrote not long ago that far-right extremists were responsible for 71 percent of Americans murdered by terrorists in the past decade. They have a far higher American body count than ISIS, yet we rarely discuss them-and when we do, the conversations are often short, muted, or distorted.

The attempted Garden City bombing appearing as a blip on the national news is far from the only case of minimization. The murderer of 17 students and teachers in Parkland, Florida indulged in anti-Semitic rhetoric, yet it is young gun control activists most often likened to Nazis by hysterical commentators. A virulent racist killed nine African American worshippers in Charleston, South Carolina in 2015 but was taken into police custody alive; meanwhile, young black men across our country are gunned down by law enforcement officers for the tiniest-and sometimes completely imagined-infractions. And time and again, we eschew the world ‘terrorist’ in describing these types of men, too often painting sympathetic pictures of ‘troubled loners’ in the headlines.

This imbalance in our national conversation is why it is especially heartening to see justice served in the case of the would-be Garden City bombers. I am thankful for the law enforcement professionals who stopped them, but also for the reporters as well as the judge and jury who have called them what they are: terrorists, whose ideology threatens not just Somali families, but the whole of America. With a little more attention on the national stage, perhaps their case can serve as a wake-up call that our nation must take all threats-not simply those that are politically convenient-deadly seriously.