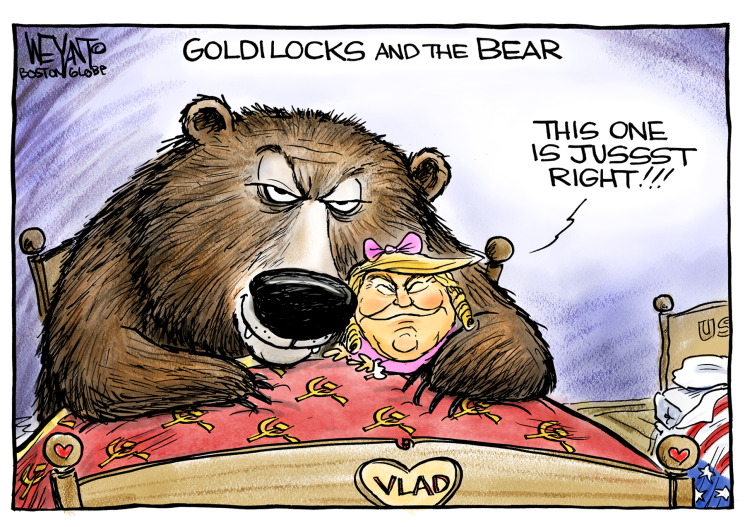 In 1949, President Harry Truman led the way in forming the North Atlantic Treaty Organization, known today as NATO. For more than 60 years, this alliance, founded on the idea that “an attack on one is an attack on all,” has stood as a cornerstone of the interconnected world that Truman worked to build – one of allies who share common interests and common values working together for the greater good.

NATO’s collective defense provision, Article V, has only been invoked once in its decades-long history. But the alliance wasn’t activated to answer a move of Soviet aggression, or for a stronger ally like the United States to come to the aid of a smaller, weaker one.

The only time NATO has committed troops to a cause was when it came to our aid.

Article V was invoked on September 12, 2001, less than 24 hours after the Twin Towers were struck. The first military action, Operation Eagle Assist, began less than a month later with pilots from 13 different countries flying sorties across American skies. Since then, more than 1,110 troops from NATO-allied countries have given their lives alongside U.S. troops in Afghanistan.

This is all relevant now because President Trump – who has been attacking NATO since the campaign trail – just concluded a NATO leaders’ summit in Brussels. After a week of hostile rhetoric, he opened the conference with an attack on Germany and then stayed up sending angry tweets late into the night.

The president’s standard gripe with NATO is the cost-sharing. Currently, member states are working towards a goal of spending 2 percent of their GDP on defense. President Trump, who has railed against U.S. contributions to collective defense efforts since the late 1980s, has arbitrarily demanded that this target be increased to 4 percent – a monumental ask for those not yet hitting the original goal.

The core of the president’s critique is not wrong. It has been a longstanding bipartisan U.S. foreign policy goal to encourage our NATO allies to spend more on national security. As in all things, however, his opinion is tainted by ignorance and mistruths; he continually insists that NATO members are ‘behind on dues’ or ‘owe us money,’ while neither is an accurate description of how NATO works. And of course, his blustering and cajoling delivery is unhelpful. Would a good businessman convince someone to invest in a project by degrading both them and the partnership you want them to invest in?

The modern benefits of NATO, meanwhile, transcend just what happened in 2001. Sharing bases with our allies saves the United States billions of dollars, and having troops around the world keeps our transportation costs down. There are also strategic benefits of the alliance – including the ability to train our troops alongside those of our partners. This increases readiness, including both lethality and effectiveness, and ensures interoperability, or the technical compatibility of our forces and hardware.

But the fundamental benefit of NATO is that it remains a preventative mechanism. The alliance was founded as a check on Soviet aggression (one still needed today, given that Vladimir Putin has invaded two European countries in the past ten years), but it was also an effort to keep the world from collapsing into global conflict.The costs of the alliance are a drop in a bucket compared to the carnage wrought by past world wars.

The collaborative deterrent power of NATO is what makes it the bedrock of the international system that President Truman built. The idea that countries can work together and pay into something that produces not profit but a common good – specifically, more peace – is critical. Unfortunately, it may also be anathema to President Trump’s views of politics and ‘negotiation,’ which so often focus on dominance and maximalism.

President Trump would do well to think on Truman’s worldview – as well as NATO’s demonstrated commitment to the security interests of the United States – as he concludes the summit. One can only hope that U.S. leadership in a historic organization will continue, even on his watch.

Escape from LA… and Joe Biden

by Peter Funt
Hollywood must deal with the burden of producing TV programs during a pandemic and at a time of social and political upheaval in our country. Viewers, however, deserve better than to endure heavy on-screen doses of the very things they are hopin ...
COVID-19 Ruins Another Tradition Involving Baseball and the White House
by Joe Guzzardi
The 2020 World Series champion Los Angeles Dodgers won't be going to the White House to celebrate. COVID-19, the great kill joy, ensured that no invitation would be extended. Baseball teams first visited the White House in 1865 during Andrew Joh ...