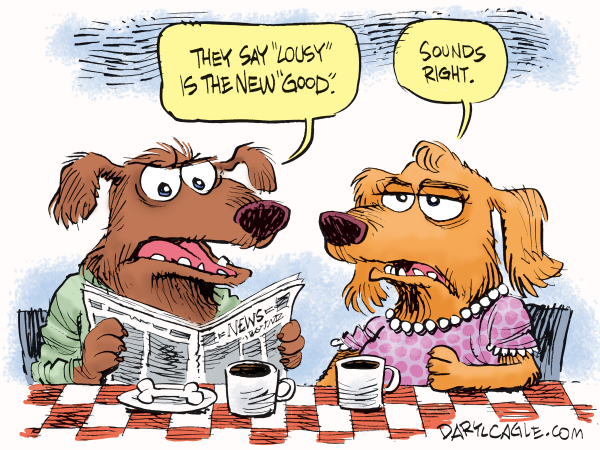 I’ve never been a huge fan of hot chocolate. For some reason, I don’t enjoy cauterizing the inside of my mouth after being duped by the deceptively-tepid whipped cream or marshmallow topping.

These days, I mainly have hot chocolate when my three teenage daughters, who I’m pretty sure started drinking coffee as toddlers, invite me and my credit card to join them in the drive-thru of one of our roughly 200 local coffee shops. Since I’ve never learned to relish the scalding bitterness of designer coffee, and I refuse to order anything with a name as silly as “Frappuccino,” I typically order myself a hot chocolate to avoid feeling left out.

Unfortunately, in addition to costing about the same as several gallons of premium unleaded, the hot chocolate from these caffeine dispensaries usually tastes like the water out of an old tire – if the tire was on fire.

And I won’t even get into the abominations inflicted upon the American public by Swiss Miss. I’m not sure who this young lady is, but she should apologize to the fine people of Switzerland for representing them with those so-called marshmallows.

In spite of my checkered history with this classic winter beverage, I was willing to put all of that behind me on our recent family vacation to New York City. We happened to be in the Big Apple during a historically-frigid arctic blast that even made it too cold for native New Yorkers to curse at the tourists.

Since we were in the city during the holiday season, my daughters were keen to visit several famous holiday markets. Our first stop was the Holiday Shops of Midtown Manhattan’s Bryant Park Winter Village, touted as a “European-inspired open-air market” and designed to separate tourists from their cash with multicultural flair.

For me, the highlight of the market was a large cup of Max Brenner classic hot chocolate. This was the hot chocolate my blood glucose levels had been waiting for my whole life. It was the perfect temperature (meaning that it didn’t cause the top layer of my tongue to peel off), and it tasted like a freshly baked and liquefied homemade brownie. It was so good that I nearly forgot about the frostbite.

The next day, we hit the Union Square Holiday Market, featuring 185 local craftsmen, artists and entrepreneurs (all equipped with hand-crafted credit card readers). It was here that my eldest and most expensive daughter introduced me to the social media-famous Rubyzaar Baked Liquid S’mores.

Normally, I prefer to eat marshmallows, chocolate, and graham crackers in their pure, untainted states, but the combination of ingredients in this molten cup of decadence was something to behold. It’s really difficult to describe, but let’s just say that if preparing hot chocolate requires the use of a miniature blowtorch, sign me up!