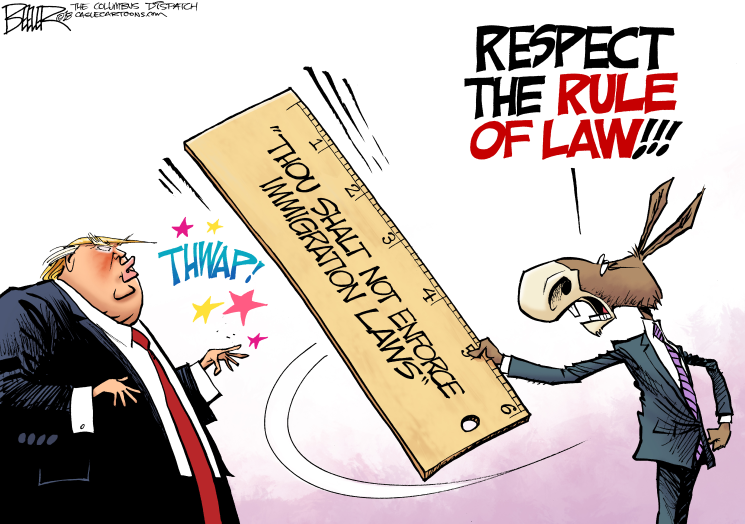 Federal agencies that deal with immigration love to deliver bad news late on Friday afternoon. Better yet to obscure the disappointing announcement is when the Friday falls on a three-day national holiday weekend. So, on this year’s Memorial Day getaway Friday Department of Homeland Security Secretary Kirstjen Nielsen, hoping that the fewest possible people would be paying attention, announced that DHS was, once again, caving into big business interests. DHS will issue an additional 15,000 H-2–visas during fiscal year 2018; the new round of visas is on top of the existing 66,000 allocation.

According to the Office of Public Affairs press release, DHS made its decision after consulting with Secretary of Labor Alexander Acosta, members of Congress and business owners. Noticeably missing from the roundtable of purported experts was a representative from the many not working.

One of the most predictable false claims the immigration expansion lobby, that includes businesses, makes is that owners will be forced to shut down or, in DHS lingo, are “at risk of failing,” unless a new cheap labor infusion happens soon. But business’ looming bankruptcy meme is so tedious that few Americans outside of Congress buy into it.

Last summer provided multiple examples of how, when an H-2–visa shortage was anticipated, Maine employers sought out locals. Among those Maine businesses that raised wages to attract Americans were restaurants, hotels and bicycle repair shops – nonessential industries that don’t have to depend on visas to satisfy their labor requirements. On Martha’s Vineyard, a New England tourist haven, small businesses also hiked their pay scales to attract Americans.

EPI, through its wage analysis, provided further proof that the H-2–depresses earnings. From 2004 to 2016, wages in the top H-2–categories grew less than an average of one-half of one percent in nine of the 10 most petitioned occupations. During the same 12-year period, unemployment rates in the ten professions remained at relatively high rates.

Beyond employers’ craven H-2–misuse, the American Civil Liberties Union linked the visa to abuse, trafficking and inhumane working conditions, each a criminal violation.

DHS’ decision to expand the employment pool by 15,000 ignores and defies tight labor markets’ inherent value to U.S. workers. Around 43 million Americans live below the poverty line and need the jobs employers give to low-skilled visa holders. Employers’ first move should be to recruit from among those 43 million, and raise wages as necessary until Americans fill the vacant jobs. Moreover, instead of approving more H-2–employment-based visas, many of which go to non-essential landscaping and resort jobs, Congress should protect the most vulnerable Americans.

Casual observers may ask what the big deal is about another 15,000 employment-based visas. But they miss the point. Each employment visa denies an opportunity to, or displaces, an existing U.S. worker, untenable in today’s soft labor market. Economists know that the lasting solution to true labor shortages is to pay more.