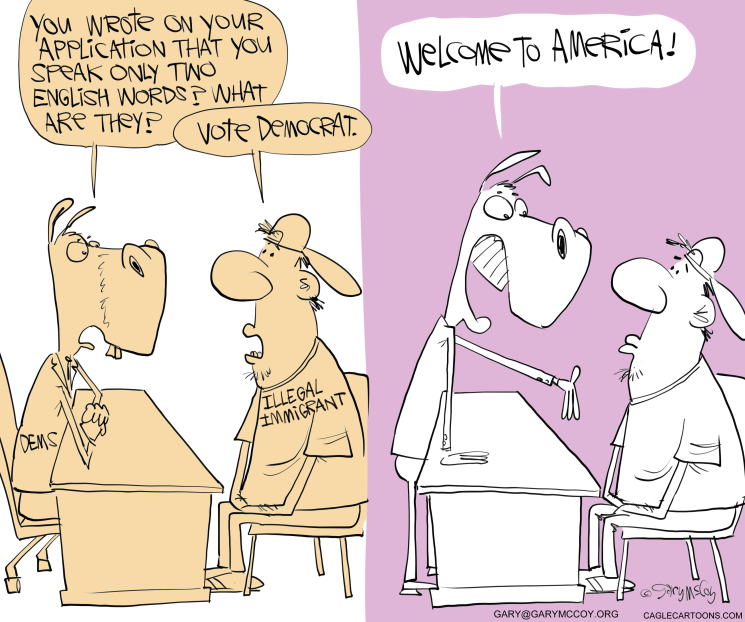 In 2014, more than two years before he became Secretary of Defense, United States Marine Corps General James Mattis addressed an audience of war veterans for the Iraq and Afghanistan conflicts. Mattis told the all-volunteer group, “You signed blank checks payable with your lives to the American people,” a reference to the day corps members signed their contracts obligating them to serve.

General Mattis praised the soldiers’ personal commitment, their determination to bring home their fellow soldiers, their value and ferocity, and their families’ sacrifices. During his speech, General Mattis referenced the “political rhetoric swirling around these little understood wars… .”

Debate about the Iraq and Afghanistan wars has subsided. But, since President Donald Trump’s inauguration, the Capitol Hill immigration furor has ratcheted up to ten times the level of the wars’ din. The question put before likely mid-term election voters on Memorial Day 2018 is whether the more than 1.1 million U.S. military who have died protecting America and her citizens in the last 250 years would be on board with the Republican-controlled Congress’ amnesty obsession.

The best way to describe the congressional pro-amnesty factions, GOP and Democrats alike, is that they’re frantically committed to force an amnesty upon a majority immigration-skeptical American public. With amnesty would come lifetime work authorization privileges and the resultant chain migration that will eventually add millions more residents to an already overcrowded America. Immigration and chain migration drive the majority of population growth.

In its effort to impose amnesty, Congress is in the midst of gyrations so convoluted that only immigration lawyers and geeky policy wonks who specialize in immigration can decipher. The two key elements, both obscure, are a discharge petition and the so-called Queen-of-the-Hill vote.

Without getting too bogged down in the swamp, if the discharge petition gets 25 GOP votes, the minimum necessary assuming all Democrats also sign on, then a vote on four different immigration bills would take place, including the DREAM Act and deferred action for childhood arrivals (DACA) amnesties. The legislation that gets the most votes over 218 would be sent to the Senate where, because 100 percent Democratic support is certain and enough GOP backing is highly likely, it would pass.

Between now and Congress’ weeklong Memorial Day recess, no one can predict what may happen. But that Congress is so totally disconnected from Americans’ resistance to higher immigration is a remarkable and troubling indictment of the political process. U.S. House Republican Jeff Denham, the leading force behind the Queen-of-the-Hill movement, represents Exhibit One which proves how far over the amnesty edge Congress is.

The lesson that Congress willfully refuses to learn is that amnesty begets more amnesties. Since the 1986 Immigration Reform and Control Act, promoted and passed as the last-ever amnesty, the then-three million illegal immigrant population has soared to today’s conservatively estimated 12 million.

Nevertheless, Congress’ goal as Memorial Day approaches is amnesty and work authorization for millions, the people’s will be damned.