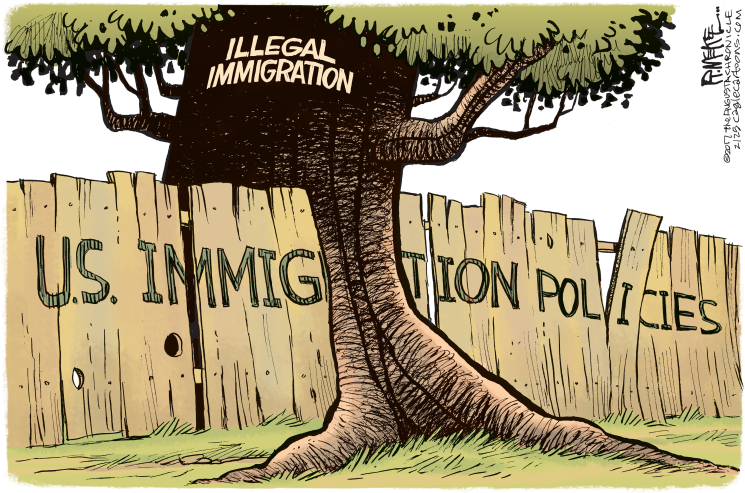 The Fairness for High-Skilled Immigrants Act (FHSI), the 2019 version, has been reintroduced in the Senate, S. 386, and in the House, H.R. 1044. Mike Lee (R-Utah) introduced the Senate version. Overall, Lee has a strong immigration record, but on reducing unnecessary employment-based visas, Lee's voting record is abysmal.

In 2015, Lee cosponsored the disastrous, and thankfully failed, I-Squared Act which would have increased by 100,000 the H-1--visa cap. U.S. Rep. Zoe Lofgren (D-Calif.) introduced H.R. 1044, which in a previous House version was H.R. 104. Lofgren is the notoriously awful, vigorously anti-U.S. tech worker, H-1--advocate who, in her 25-year congressional career, has voted more than 30 times to increase high- and low-skilled visas.

Such is the nature of bad immigration bills like FHSI. They fail to advance, as did FHSI in the 115th and earlier sessions, but then instantly reappear when a new Congress convenes. This time around the danger is that FHSI is gaining momentum. Since Congress disappointingly remains strongly anti-American worker, and is especially eager to issue more employment-based visas, the awful, virtually identical immigration bills of Lee and Lofgren might become law.

Lee's Senate version has 31 cosponsors, including 17 Republicans who are confirmed H-1--supporters. The House version has 291 cosponsors, mostly Democrats, and has been referred to the Subcommittee on Immigration and Citizenship. Both bills increase the per-country cap on family-based immigrant visas from 7 percent of the total number of such visas available in a single year to 15 percent, and eliminate the 7 percent cap for employment-based visas.

According to a USCIS insider, if the per-country cap were lifted, then for the next 10 years, nearly all of the Green Cards in the ordinary professional worker category would go to Indian nationals. Other companies that want to sponsor workers from the other more than 150 countries that receive employment Green Cards would have to wait at least a decade.

Passing these devoid-of-American-worker-protection bills - as employers, ethnic lobbyists, the American Immigration Lawyers Association and congressional sellouts urge - would allow an unjust system to continue unabated. Dozens of callous corporations that are pushing for the Lee/Lofgren bills have fired U.S. tech workers, and are now screaming about a nonexistent worker shortage.

Dan Rather is one of a growing number of journalists who have reported about H-1--fraud. In his series, "Jobless in America," Rather did several hard-hitting pieces on the H-1--and other employment-based visas that have undermined experienced, talented American workers.

Rather emphasized that tech giants falsely represent American women, students, minorities and older workers as unqualified to distract public attention from their discriminatory recruiting and hiring practices. Rather explained to his unsuspecting public that "H-1--nondependent employers are not subject to the conditions [seeking U.S. workers first] and their H-1--workers may be hired even when a qualified U.S. worker wants the job, and a U.S. worker can be displaced from the job in favor of the foreign worker."

Since the Immigration Act of 1990 created the H-1--visa, tech giants and other billion-dollar corporations have dishonestly and disingenuously claimed, as Rather documented, that American women, U.S. students, minorities, and older workers as unqualified to distract public attention from their discriminatory recruiting and hiring practices. The Lee-Zofgren bills will serve to continue to push out thousands of U.S. tech workers, and then their employers will callously force them to train, at risk of losing their severance, their foreign national replacements.

After more than a quarter of a century of steady U.S. worker displacement via the H-1B, Congress needs to refocus its priorities on protecting the future of Americans and their families. Ignoring immigration legislation's effect on native-born, as Congress has done for nearly three decades, is unconscionable, and must be reversed.