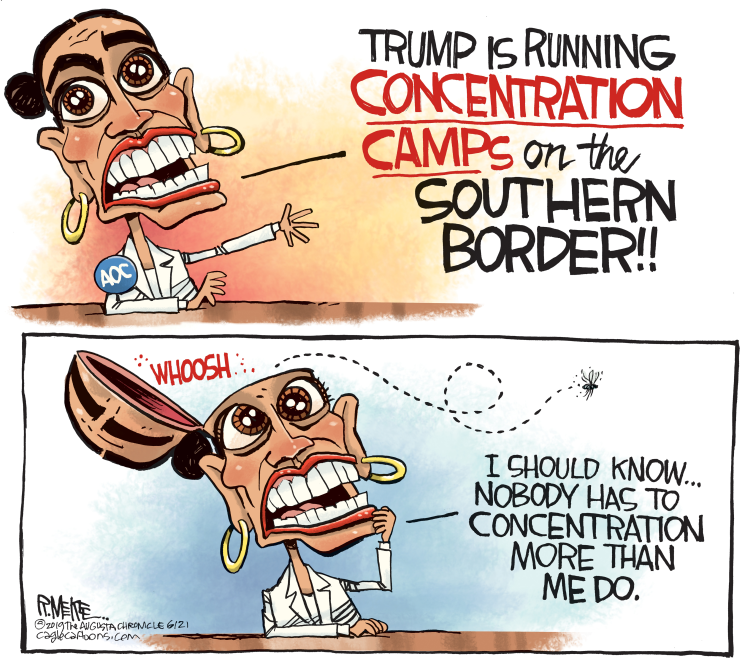 In one of her final appearances before the Senate Homeland Security and Governmental Affairs Committee, former DHS Secretary Kirstjen Nielsen concluded her testimony by saying that no sane nation would ever devise an immigration system as dysfunctional as that of the United States.

The unsuccessful and ultimately fired Nielsen could have been referring to any of dozens of immigration failures that have grown more pronounced over years of congressional indifference. They include the refusal by Congress to pass mandatory E-Verify, the continued issuance of countless employment-based visas and the Optional Practical Training program. Congress also has ignored the travesty of birthright citizenship, has retained population-busting chain migration and maintained Temporary Protected Status on an automatic rollover, which makes it quasi-permanent.

Nielsen's congressional appearance came during one of the now-frequent Central American border surges, but before more than 500 African migrants arrived, an event that underscores the fiasco that is U.S. immigration policy.

Knowing full well that if they could merely get to the U.S.-Mexico border, they would be admitted, the African migrants (mostly from Angola, Cameroon and the Republic of Congo) traveled nearly 8,000 miles before arriving at El Paso, Texas. U.S. Customs and Border Protection called the latest surge "a dramatic rise" in African migration, which contributes to the overall border crisis.

The migrants' stories don't end now that they've successfully entered the U.S. In fact, their tales are just beginning. Perhaps because advocacy groups have asked the migrants to remain quiet or possibly because of language challenges, few details about their future plans are known. What's certain is they're headed for the interior, where it will become the responsibility of local municipalities, at least initially, to provide resources to them. Over the longer haul, taxpayers will fund public education, health care and affirmative benefits. Once asylum-seeking migrants qualify for work permits, they'll enter the labor market to compete with low-skilled Americans for scarce jobs.

Congress consistently rejects evaluating the long-term consequences of its immigration failures. Working toward a sustainable America should be a priority of Congress. The U.S. Census Bureau predicts that an immigration-driven population increase bring the nation's total residency to 404 million by 2060, up from today's 329 million.

The Census Bureau issued its projections before the border surges began in earnest, and it will ultimately revise its forecasts upward. Consider that in Angola the 2017 birth rate per 1,000 persons was 41.3 in Cameroon it's 35.8 and in the Republic of Congo it's 41.7. In the United States, the birth rate is just 12.4 per 1,000 persons.

Doubtless, the African migrants' success stories have spanned the globe, serving as an inspiration to thousands of others who are considering undertaking the journey. Prospective migrants know that in the end, the U.S. federal government will reward them with permanent residency, and much more.

But imagine if Congress sent a different message - that only valid, verifiable asylum claims would be considered. Other claims, along with unlawfully present aliens not pursuing asylum, would be rejected. Fewer migrants would gamble that they would be allowed U.S. entry. Then, and only then, could the U.S. begin to get a grip on its willy-nilly immigration system.