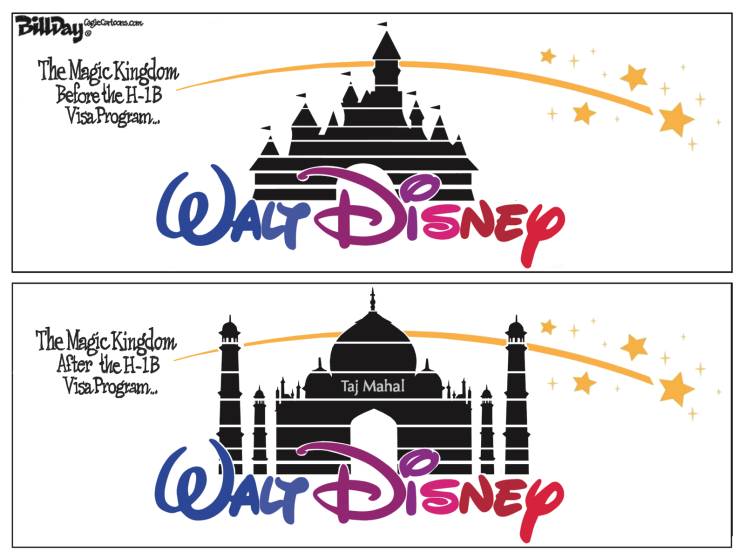 It's an appalling reality that in the entire Senate, not one single member is willing to stand up for American workers.

From appointed Arizona Republican Martha McSally to Vermont Independent Bernie Sanders, none stood up against the Fairness for High-Skilled Immigrants Act and its continuum of foreign national tech workers, mostly Indian.

The bill would eliminate the 7 percent country cap provision that controls Green Card issuance to ensure that one country, or just a few countries, do not dominate the program. The current system limits India to about 20 percent of the employment-based work permits, mostly H-1--visas. But U.S. Citizenship and Immigration Services predicts that if the immigration bill were to become law, India would receive more than 90 percent of Green Cards for the next ten years. Green Cards are a step to U.S. citizenship.

The Senate, once considered the world's most deliberative body, has become a sorry collection of sad sacks that don't flinch at displacing more qualified U.S. tech workers with cheaper, less skilled Indian foreign nationals. Never mind that the abruptly unemployed Americans have families and all the associated financial commitments.

The collective opinion of these craven politicians appears to be, "Tough luck for jobless Americans, but we're okay."

The only voice that prevented the bill from passing by the weaselly unanimous consent method - no dissenting opinions heard, no amendments allowed and no actual vote taken - was Georgia Sen. David Perdue, who supports this bill but has reservations about its possible effect on his state's rural health care. In other words, although Perdue blocked the legislation, he's onboard with the ongoing displacement of U.S. tech workers.

While turning their backs on U.S. tech workers, the senators worship their false gods and campaign donors, namely Google and Amazon. They and other tech giants benefit from lower cost Indian labor. According to Open Secrets.org that monitors federal campaign contributions, here's what Lee has been rewarded by his Silicon Valley supporters: Microsoft, $33,000; Google, $18,400; Amazon, $12,500; Oracle, $11,000; Facebook, $11,000 and the Koch-owned Koch Agronomic Services, $11,000. All lobbied intensively on behalf of the legislation.

After Perdue blocked the legislation, Lee took to his Facebook page to defend his bad bill, writing, "It makes no sense to have a per-country cap for employment-based green cards. Today the Senate came very close to repealing it, and next week it might finally happen." Lee promised his Green Card giveaway would be a done deal before September ends.

Dozens of nonpartisan studies have confirmed that the H-1--visa harms U.S. tech workers, but boosts profits for corporations that hire them. Rather than rehash those numerous studies, consider how Ray Marshall, Labor Secretary, in the immigration-friendly Carter administration summed the visa up: "One of the best con jobs ever done on the American public and political systems... . H-1--pays below market rate. If you've got H-1--workers, you don't have to do training or pay good wages."

U.S. jobs should go to American citizens or existing lawful permanent residents, not to foreign nationals whose homes and birthplaces are 8,500 miles away from Silicon Valley.