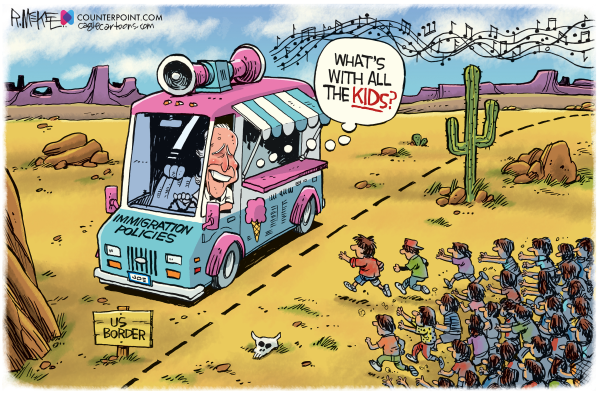 A week after Joe Biden became president, he signed Executive Order 14008, which announced his commitment to protect 30 percent of U.S. land and water – 41.5 million acres per year – by 2030.

On May 6, 2021, the Department of the Interior published “Conserving and Restoring America the Beautiful,” a preliminary report about what’s become known as the “30 x 30” plan. Under the Department of Interior’s direction, in collaboration with the Agriculture and Commerce departments and consistent with Biden’s executive order, the report reaffirmed the mission to conserve within the next seven years at least 30 percent of the nation’s lands and waters.

The order is tall, and time is short for the urgent undertaking.

As of 2023, the U.S. is going in the wrong direction if its intention is to preserve precious, irreplaceable natural resources. The growth and development mantra that the Chamber of Commerce, the media and most in Congress embrace have overwhelmed Americans who want to preserve what remains of the nation’s biodiversity.

The valiant battle against the powerful, wealthy, craven growth mongers is worth the fight. In the book, “Precious Heritage, the Status of Biodiversity in the U.S.,” the authors point out that the U.S. is, for species like salamanders and fresh water turtles, at the global center of ecological biodiversity.

From Appalachia’s lush forests to Alaska’s frozen tundra, and from the Midwest’s prairies to Hawaii’s subtropical rainforests, the U.S. harbors a stunning, unique ecosystem array. These ecosystems in turn sustain an incomparable variety of plant and animal life. Among the nation’s other extraordinary biological features are California’s coast redwoods, which are the world’s tallest trees, and Nevada’s Devils Hole pupfish, which survive in a single 10’ x 70’ desert pool, the smallest range of any vertebrate animal.

And yet, relentless growth continues. Between 2010 and 2020, the U.S. grew by about 20 million residents, about five times the population of Los Angeles. Today L.A. has 3.9 million people, and a density of 8,382 persons per square mile.

Since Biden’s  executive order, there have been few, if any, identifiable successes. A recently released Department of Interior preliminary report is best viewed as a guideline or a starting point two years into the venture. Details are few. Rather, the report repeats themes that have been bandied about for decades: “Pursue a collaborative and inclusive approach to conservation” and “conserve America’s lands and waters for the benefit of all people.”

No one argues with those objectives or the six other so-called “central recommendations.” But the progress report lacks the specifics of how to accomplish the lofty goals and ignores the harsh reality that, on its current course, U.S. population will continue ever upward.

As encouraging as the White House’s awareness and conservation activism is, Biden’s executive order makes not a single mention of immigration, the nation’s main population driver. And while discussions about immigration may be uncomfortable or even off the table for expansionists, no serious approach to conservation can exclude the controversial topic.

More than 1 million legal immigrants arrive annually, many beginning new families or expanding their existing families. Many eventually petition their relatives, the family reunification process that adds significantly to U.S. population growth. By 2030, the U.S. population is expected to reach about 350 million, up from today’s 334 million. By 2060, the Census Bureau predicts that population will hover around 400 million, more than 15 million more per decade, and a 20 percent spike from 2023. These figures were calculated pre-Southwest Border surge.

The obvious consequence is more development. More roads, hospitals, schools, stores and places of worship must be built. With that, green spaces and open spaces are destroyed to make room for the inevitable sprawl that building creates. The establishment wants more immigration because more new residents mean more consumers. Despite elitists demands, at a minimum immigration must be slowed. Reduced immigration levels – fewer people – would help the White House Council on Environmental Quality move toward its conservation goal. Ignore immigration as a variable in population growth, and sprawl and environmental degradation will continue unabated.

In 2001, Senator Gaylord Nelson, Earth Day founder, called out faux environmentalists. Under that would fit today’s Biden administration’s interior, agriculture and commerce departments’ officials. Nelson spoke words as true today as they were two decades ago: “…it’s phony to say ‘I’m for the environment but not for limiting immigration.’”