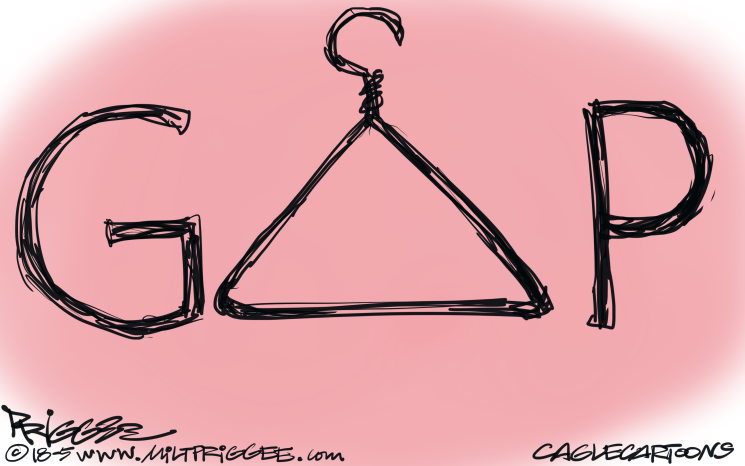 In the great din and clatter in our nationwide argument over abortion, it’s always struck me that the warring sides actually agree on a couple of very important things.

Namely, that fewer abortions are a better thing for society, that women should be able to make healthy choices about their own bodies, and that they should have access to quality care regardless of how much money they make.

So, it’s funny (funny, sad, not ha-ha funny) that abortion opponents are applauding a move by the Trump administration that would likely do the exact opposite — and drive up the number of abortions.

In case you’re tuning in late, the Trump administration recently reinstated a Reagan-era rule restricting the use of federal family planning dollars by such organizations as Planned Parenthood that refer women for abortions, and provide them with other, less controversial forms of healthcare, including contraception and access to mammograms.

The administration’s latest action has been viewed as payback to evangelical Christians who have put up with Trump, who wouldn’t know a beatitude if he hit it with his golf cart, in exchange for conservative Supreme Court justices and a steady whittling away of abortion rights.

Because it’s low-income women, people of color, and residents of rural areas who will be disproportionately affected by the White House’s latest move. And if you were thinking, “Hey, that sounds a lot like the Trump base,” you’d be right.

They’re the same voters who would’ve been impacted by the administration’s proposed cuts to Medicaid, food stamps and other safety net programs.

According to the Guttmacher Institute, of the 38 million women who needed contraceptive care in 2014, 20 million needed publicly funded services because they were either younger than age 20, or they had an income that was below 250 percent of the federal poverty level.

And of those 20 million who needed publicly funded contraceptive care, more than three-quarters, or about 15.5 million, were poor or low-income adults. And nearly a quarter (23 percent) were younger than age 20.

Blessed be the poor? Maybe later. There are tax cuts for the rich that have to be taken care of first.

But there’s both a political and social cost.

First, the social one.

In Pennsylvania, a state Trump carried in 2016, more than two-dozen Planned Parenthood clinics would be affected by the administration’s decision to tighten access to $286 million in federal spending under Title X. That’s the federal program that provides access to reproductive healthcare regardless of income or the patient’s ability to pay.

Pennsylvania, it should be noted, has the third largest share of Title X patients in the nation, with about 210,000 residents. Planned Parenthood serves about 90,000 of those 210,000 people. And nearly half the clinics are in medically under-served areas.

“This latest attack on women’s reproductive rights would block patient access to Planned Parenthood, prohibit referrals for legal abortions services that doctors and families decide upon privately, and deny women honest information about all of their pregnancy options,” Sari Stevens, the executive director of Planned Parenthood Pennsylvania Advocates, the group’s political wing, said this week.

The White House’s attacks on access to abortion also come as Republican-controlled state legislatures, such as Pennsylvania’s, have mounted their own offensive against a woman’s right to choose.

And as is the case in Washington, state lawmakers who have been the most vocal in their opposition to abortion have been missing in action when it comes to backing measures that would provide support to new and expectant mothers.

But in a year in which women voters have been motivated in the thousands, and women candidates are scoring victories at the polls, the Republican administration’s clear play to the base is a gamble.

And that’s backed up by the numbers. A February Vox poll found that 37 percent of all Americans think women should have a safe and legal right to abortion in almost all cases.

But actions like this recent one by the administration have a predictable effect: abortions will go up, not down. And if anti-choice forces are serious about seeing abortions reduced, they’re on the wrong side of this argument.

And there’s nothing funny about that. It’s just sad.

by Jase Graves
On a recent frigid day in February as I was entering Target to defrost my nose hairs and purchase a designer toilet brush, I noticed that they already had an array of skimpy women's swimsuits on display, which dredged up some disturbing memories ...
Kids Have to Make Names for Themselves

by Tom Purcell
Get this: New parents are giving newborns outlandish names - so they'll stand out on social media. That's according to a new survey of British parents by ChannelMum, which found 72% of respondents "believe a unique name will help their child sta ...