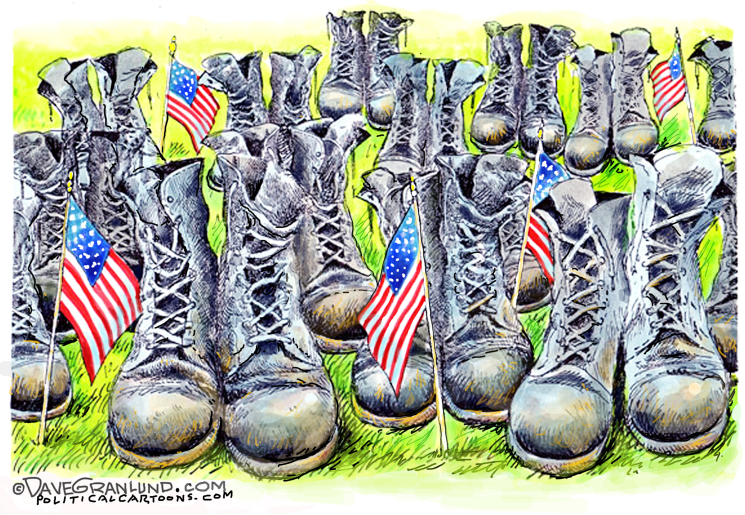 Ask someone over the age of 40 what made George Washington so outstanding and you'll likely get back an answer having something to do with leadership.

Washington, as we know from history, is the American archetype of a servant-leader. He did not pursue power - indeed he turned it down on more than one occasion. He put others first. Yet his outstanding abilities made those leading the drive to throw off the tyranny of British rule turn to him, again and again, in times of trouble.

One of my favorite Washington stories, one that underscores this trait so well, comes from an incident that occurred after the victory against the British had been won. Encamped for the winter at Newburgh, New York, the officers under him - having heard rumors the nation was near bankruptcy and could not pay them their promised wages - were planning in secret to march on Philadelphia to take matters and the government into their own hands.

Washington called them together and, while reading them a letter he had written to address their grievances, paused suddenly to remove from his coat reading glasses that few of those gathered there knew he wore. "Gentlemen," he is recorded as having said, "you will permit me to put on my spectacles, for I have not only grown gray but almost blind in the service of my country."

A great leader of men, revered by those who knew him, admitting to a vulnerability such as that reportedly brought many of his officers to tears of shame. The rebellion was crushed before it began, his men counting not just the cost of the war to themselves but seeing clearly, perhaps for the first time, the sacrifices of the man who had led them for so long and now wanted little more than to return to his life as a planter at his beloved Mt. Vernon.

With Memorial Day upon us, it is time again to think about the sacrifices the men and women of the United States have made to keep this nation and the world free. Though we don't always think of it this way, it's a form of public service, something that others do for us for which we should be eternally grateful.

That ethic has been lost somehow, somewhere. We don't seem to value it as much as we once did, perhaps because we have become unnecessarily cynical about our ongoing experiment with self-government. Fortunately, not everyone feels that way. The nation's capitals are full of men and women who actions in favor of the good, who put others first, carry us all continually forward.

Consider New Hampshire State Representative Ken Weyler, a 1963 graduate of the Massachusetts Institute of Technology with a Bachelor of Science in Chemical Engineering. At the time, with America seeking ways to find better living through chemicals, as the ads used to say, he could have gone to a job in corporate America. Instead, he went to Vietnam, enlisting in the Air Force.

South Dakota's Taffy Howard was commissioned as a Second Lieutenant in the Air Force, won an Air Force Commendation Medal, an Air Force Outstanding Unit Award, a National Defense Service Medal, the Air Force Training Ribbon and, along the way, earned her airborne wings when she graduated from the U.S. Army Airborne School. In 2018 she was elected to the state's House of Representatives representing District 33.

Then there's Maryland state Sen. Michael Hough who joined the Air Force after high school and ended up a Minuteman III Missile Technician. His call to serve led him to run for and win a seat in the Maryland House of Delegates in 2010 and, four years later, to oust a 20-year incumbent to rise to the State Senate.

Veterans like these have a passion for service. Many go on to be first responders or to occupy other positions on the front lines of everyday life. They have a calling we should all be grateful, especially at this time of year they and those like them chose to answer.

The character of a country can be measured by the actions of its people. There are hundreds, perhaps even thousands of veterans serving in elective office across America in almost every conceivable position and from every party. They add so much to the fabric of the nation and we should, as patriotic citizens, be thankful for what they do as part of this "government by the people."

As Mark Twain said, "Patriotism is supporting your country all the time and your government when it deserves it." Our veterans in office deserve it.