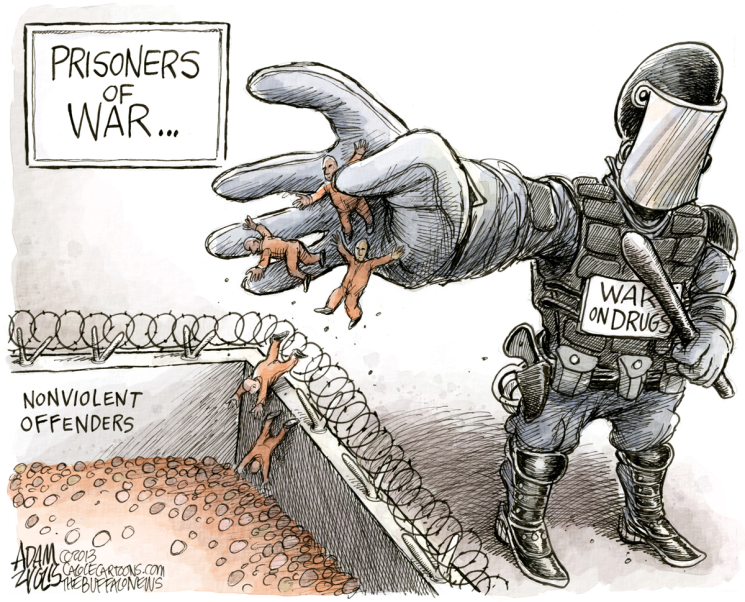 To anyone who doesn’t live here, America may seem like a land of confusion. Much of what we do in the public square is riddled with contradictions. We’re known as a place where law and order reign supreme, yet we spend months arguing for criminal justice reform that includes pathways to early release.

It may not make sense until you hear from Matthew Charles, as those attending the American Legislative Exchange Council’s recent annual meeting in Austin, Texas did. His story, as one of the first people in America to benefit from the First Step Act, is compelling. And it’s a policy that begins with a state story.

When President Donald Trump affixed his name to this legislation, Charles was still behind bars, having served little more than half of a 35-year prison sentence he received for selling crack cocaine and other offenses. But, because he was able to turn his life around during his incarceration, he was able to watch from the visitor’s gallery as his story was told as part of the 2019 State of the Union.

“It was a remarkable time,” Charles told Fox’s “America’s Newsroom” the next morning, adding it was “Something I’ll remember for the rest of my life.” As will we. Having met him just this summer, he’s an inspiration, not just to do right but to do better.

All too often public policy is crafted for the sake of special interests rather than the public, without regard for transparency and the general welfare. Good policies come from a variety of sources, all of which should be considered as legislation is being developed, especially at the state level where initiatives like those leading to the First Step Act can and do serve as models for the nation.

The folks who advocate the one-size-fits-all approach to issues from health care to taxes to education to criminal justice reform would prefer to fight things out once, on the floor of Congress, and have that be the end of it. They miss what the founders understood well: that what works in one state very well might not work so well in others. States are champions protecting individual liberty.

The state legislators who are ALEC members engage in a free exchange of ideas because they want to improve the quality of life for each and every American. We have our critics to be sure ,’ who attack us on everything from our funding sources to the way we do business (all the while trying to find ways to replicate our success in getting model policies adopted across the nation) but we prefer to focus on our successes in areas like the need for criminal justice reform.

The Justice Safety Valve Act was developed through the ALEC process in 2013 to give judges greater discretion in sentencing. When a judge faced mandatory minimum sentencing requirements, their hands were tied when they believed the mandated punishment was not appropriate to the offense. This justice safety valve was implemented in Oklahoma in 2015 while other states quickly took note. Georgia and Texas passed similar legislation allowing judges the ability to make sure the punishment fits the crime.

These laws created a movement in favor of reform that didn’t stop at the federal level. If it had, Matthew Charles and others like him would still be behind bars. Instead, Congress decided to bring the federal system more in line with what was happening in the states, where justice was being tempered by mercy.

As is the case with many good ideas, the First Step Act drew broad support, passing through the House of Representatives with a solidly bipartisan majority quickly replicated in the Senate.

This indeed proves the system still works. An idea beginning and proven in the states made national policy on a bipartisan basis shines as a model for future legislative success. More than that though, the First Step Act is the story is the power inherent in our general interest in protecting human dignity.

While Matthew Charles is just one man, his story represents the potential lows and highs we may all someday face. If the government can do what they did to Charles, it can do it to any of us. We can cheer that he and others now have a second chance but, at the same time, we must be vigilant to ensure that no one comes along later to take it away from him or from any of us.