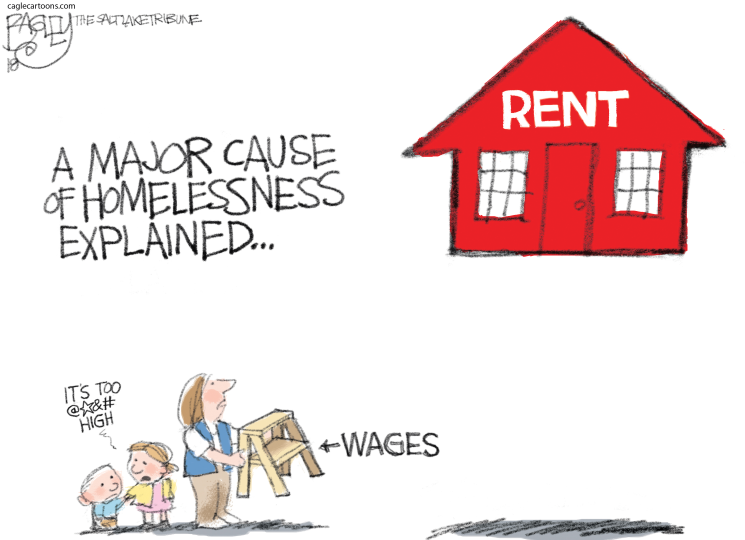 He came out here to the deep blue state of California to raise a few million bucks at private fundraisers in Silicon Valley and Beverly Hills.

He also went down to the border with Mexico to inspect the wall the federal government is building to stop illegal immigration and protect what no longer deserves to be called the Golden State.

What the president couldn't see while he was out here were all the wealthy and productive Californians who are leaving this state in droves.

They are the people who are tired of being tortured by high state taxes and bad laws like the ones that prevent low-income housing from being built, or that make their electricity and gasoline so expensive.

They are the people who've watched the sidewalks of their great cities being turned into permanent tent communities for the poor, the homeless, the drugged and the mentally disturbed.

They are the tax base that has been footing the bill for the social welfare benefits and government services that are bestowed so generously on state citizens and illegal immigrants.

They have seen the grim future of their formerly great state and said to themselves, "We're outta' here."

But millions of Californians like me can't leave.We have kids and grandkids here.

We love the state and its people. We love the weather, the beaches, the deserts and the mountains.

What we don't love is what the Democrat Party and its policies have been doing for decades to harm California and its big cities.

The Democrats running this state almost act like they hate it. All they seem to want is more illegal immigrants, more crippling environmental laws and higher prices for everything.

The shocking TV images of huge homeless communities living in tents in Los Angeles and San Francisco are the most glaring sign of the Democrats' failure.

Even Democrats like Gov. Gavin Newsom agree that it has been state policies like strict building laws and environmental regulations that have created tens of thousands of homeless people.

Only let's please not call them "homeless people." It's a misnomer.

Most of the thousands of people you see on TV living in tents and sleeping bags are homeless by choice.

They're mostly drug addicts. Or mentally ill. Or bums or vagrants who've chosen to live on the street amid their own garbage, used drug needles and human waste.

There are lots of genuinely homeless people in California who need assistance from government or private social agencies.

Shelters have rules you have to follow and homeless mothers and their kids will abide by them. Men won't.

We keep hearing that we need to build more low-income housing units for the homeless.

But the truth is, most of the men on the sidewalks of downtown L.A. wouldn't stay in a shelter if it was located in the penthouse of the Westin Bonaventure Hotel.

But it's the responsibility of the Democrat-controlled state government, the Democrat governor and the Democrat mayors - the ones who created the crisis in the first place.

For California natives like me, it's a crying shame.

The most beautiful state in the U.S. has been wrecked by Democrats and it's only going to get worse as more illegal immigrants arrive from Mexico and Central America.

I'm afraid it's only a matter of time before the state runs out of money and the productive people who provide it.