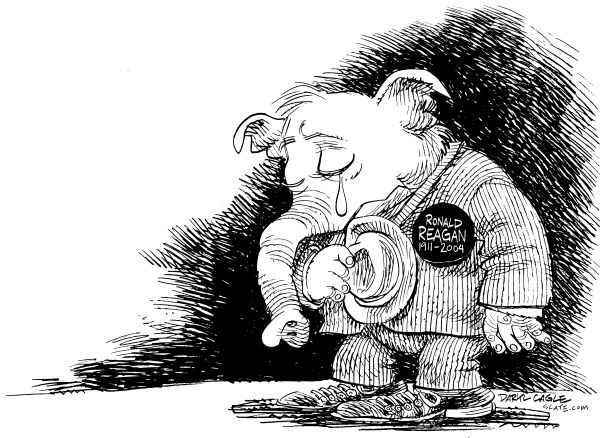 News that a federal judge had approved the unconditional release of John Hinckley Jr. next June set my phone to ringing furiously earlier this week.

Journalists naturally wanted to know what I thought about the decision to let Hinckley go free after serving nearly 40 years in a mental hospital for trying to assassinate my father on March 30, 1981.

Hinckley, now 66, has been living on his own outside the mental facility for several years without incident and doctors say he is no longer violent and shows no signs of mental illness.

But my sister Patty and many conservatives think approving his release was the wrong decision.

They believe Hinckley, who was found not guilty by reason of insanity, is still a threat to society or doesn’t deserve to be fully released.

I totally understand their emotional reactions, but none of them ever talked to Ronald Reagan about forgiving Hinckley like I did.

This week when people asked me about Hinckley, I told them I don’t have a problem with him becoming completely free because I’m going to side with Ronald Reagan.

He did it within days of being shot and before he went back to work at the White House on April 11. He even wanted to visit Hinkley, but the Secret Service wouldn’t allow it.

He was one of those rare people who didn’t just recite “The Lord’s Prayer,” he lived it.

When he asked God the Father to “forgive us our trespasses as we forgive those who trespass against us,” he meant it.

I’m not going to be angry for the rest of my life at a mentally disturbed guy who tried to take my father’s life. My father didn’t hate Hinckley, why should I?

He was never a hateful or vengeful man – even after almost dying from an assassin’s bullet.

In private, and with his family, he was the same affable guy who quipped to Nancy “Honey, I forgot to duck” and said to the emergency room doctors “I hope you’re all Republicans.”

To prove what I say, here’s a loose retelling of the conversation I had with him six hours after he got off the operating table at George Washington University Hospital.

When my wife Colleen and I walked into his room, my dad looked up at me from his bed and said, “Mike, if you’re ever going to get shot, don’t be wearing a new suit.”

“Well, yesterday I was shot.”

“That blue suit I was wearing was a brand new suit. It was the first time I ever wore it. The last time I saw it they had cut it off me and it was in shreds in the corner of my hospital room. So that’s why I’m telling you, ‘If you’re ever going to be shot, don’t be wearing a new suit.’ ”

Then he said, “That young man who shot me – Hinckley.”

“I understand his family is in the oil business.”

“Do you think they have any money?”

“They’re in the oil business and they live in Denver. Of course they’ve got money. Why?”

“Well, do you think they’d ever buy me a new suit?”

That was what my father was really like. Unlike so many people in and out of politics today, he was never angry – even after being shot.

Humor was his way of putting people at ease, whether it was his worried son, his doctors or the entire country. His good-natured temperament – and the virtue of forgiving the trespasses of others – are what we miss and what we could all use a lot more of today.