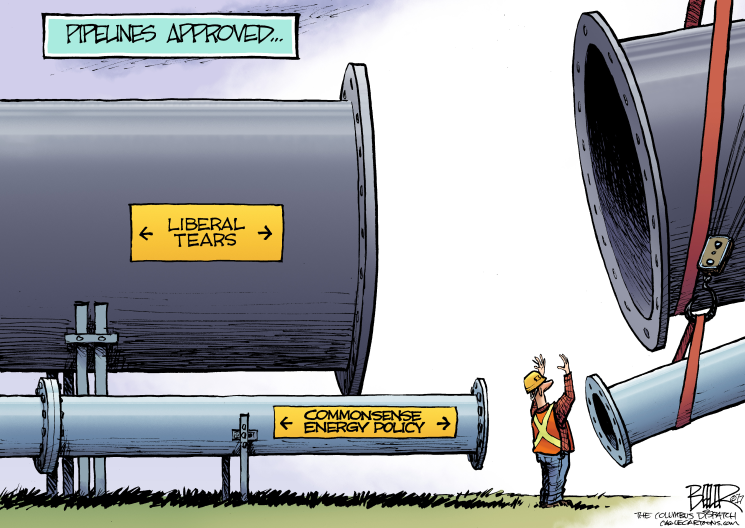 Environmentalists Don’t Have to Be Pessimists, But It Helps

Normal people who attempt to follow environmental news are faced with the unsavory choice of listening to the hysterics or the hypocrites.

Holly-Tech moral exhibitionists met this week in what the New York Post termed “Google’s private party.” It was a conference to save the earth but evidently, attendees plan to slap her around a bit first.

Here’s the difference between our elite overlords and normals. If we go to a conference on global warming it’s held in a shopping center Holiday Inn’s multi-purpose room. When Leonardo DiCaprio goes the session is held at the Verdura resort in Sicily.

No wonder over 100 private jets flew in for the conference.

Which leads to the question: How many tons of ‘carbon pollution’ are offset by good intentions? If these dilettantes were serious (that may be an oxymoron), the Google founders could’ve rented Philmont Ranch in New Mexico. Formerly used by the Boy Scouts, Philmont now hosts the PC Scouts. This location is much easier on the environment and, as an added carbon savings, the rich and fatuous could carpool.

Now for the hysterics.

The always breathless Yahoo News informs us an uninhabited coral atoll surrounded by 3,400 miles of empty ocean is being “swamped” by plastic garbage. “The atoll’s ecosystem is so rich that Henderson Island was included on the UN World Heritage List in 1988, with the body hailing it as an untouched paradise.”

The island is so remote an expedition had to be mounted to discover it was polluted. That’s why enviros love it! Normal people will never set foot on Henderson, although if Google crushes some coral to build a runway and installs an infinity pool DiCaprio might land.

The key points for normals are middle-of-nowhere and uninhabited. As far as I’m concerned if a bottle washes up on an uninhabited island, it didn’t make a splash.

Henderson is perfectly positioned to be the recycling bin for the Pacific. “Despite its extreme isolation, a freak confluence of geography and ocean currents means Henderson has one of the highest concentrations of plastic pollution on the planet.” The island is the hub of the “South Pacific Garbage Patch.”

All this trash collecting where no one can see it is good news, although you wouldn’t know it from this story. Once the garbage washes ashore the ocean starts breaking it down. Even that’s a negative for fanatics.

“Compounding the problem, the churning waves have reduced more than half the waste to tiny particles almost invisible to the human eye, making them impossible to clean up but easily digested by wildlife such as birds and turtles.”

Big deal. In one end and out the other, after additional processing.

If environmentalists weren’t such Debbie Downers they could see the positives. Anyone who’s ever used a dust pan knows collecting trash in one spot makes it easier to dispose. Henderson is the Pacific’s dust pan.

While the waves pulverize garbage on the beach, entrepreneurs like the Netherlands’ Boyan Slat are working on a method to collect what’s still floating. AP says he’s invented a 2,000-foot-long boom to trap debris swirling around Henderson. He’s already raised $35 million in donations to fund the project called “The Ocean Cleanup.”

After he traps the floating garbage Slat hopes to “remove 50 percent of the [patch] in five years.” Here’s where middle-of-nowhere comes in handy again. Slat won’t have to file an environmental impact statement before he tries to clean up the environment. The Ocean Conservancy is “highly skeptical” and worried about fish being disturbed by the boom.

Possibly because they view fish swimming under tons of floating garbage to be less hazardous than removing the garbage.

It’s a story packed with reinforcement for optimists. Garbage is collected. The waves are pulverizing 50 percent of the debris on the island. And a Dutchman is sailing to get the rest. Unless you’re an environmentalist, there’s hope for humanity.

In the past Greenies have been mistakenly compared to the prophet Jeremiah due to their constant predictions of doom. That’s a mistake. Jeremiah hoped his prediction would save people before it was too late.

Enviros would be happy if there were no people – except for them and their collection of dilettante donors.