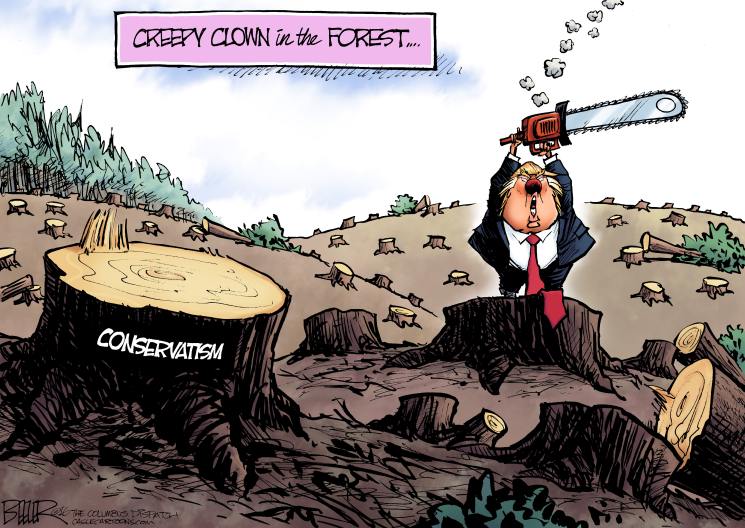 Readers may be totally unfamiliar with the term ‘David French-ism.’ That doesn’t mean you can ignore it. David French-ism and its proponents are one of the reasons conservatives and Christianity have been almost routed from the pubic square. David French-ism is the failure of corporate and think-tank conservatism that resulted in a revolt of the rank-and-file and the election of Donald Trump.

Ahmari defined David French-ism as, “A program for negotiating Christian retreat into a safe private sphere.” It’s his belief, “Too much intellectual firepower has been devoted to lawyers. There are cultural battles that can’t be fought in the courtroom, but must be fought anyway.”

Ahmari’s problem at the debate was a mirror image of French’s. He was all strategy with no tactics. And French was all tactics and no strategy.

It would have been useful for Ahmari if he’d spent some time mapping out steps conservatives could take to begin the outside-the-courtroom offensive. What Ahmari offered instead was a passionate, sincere warning about our “5-alarm culture fire.”

In contrast, French was smug, superior, condescending and worst of all lawyerly. In this current age lawyers are our gnostic rulers. French revels in his command of special wisdom and jealously guards it. French is doubly gnostic because he also has the secrets of “classical liberalism,” a term that means nothing to most of conservative America.

Much of the evening revolved around Drag Queen Story Hour. This is an unholy event where deviants are brought into a public library to expose very small children to the joys of the alphabet lifestyle. Drag queens entertaining children was Ahmari’s cultural fire alarm, while French couldn’t be bothered.

He pooh-poohed Ahmari’s concern. “That’s the threat? I just don’t see it. It’s one of the choices people make in a free society.”

As he dismissed the example of deviants being celebrated by government at the expense of children I was reminded of something R. R. Reno wrote regarding “our fifty-year-long celebration of transgression. We have removed the moral guardrails in our society. It’s no surprise that more and more people are skidding off the road.”

French contends conservatives should do everything in their power to preserve “viewpoint neutrality”, which is the welcome mat for drag queens. It’s the legal doctrine he’s used to win court cases requiring government to allow Christian organizations to use some abandoned storeroom for a Bible study.

Ahmari feels French-ism’s piecemeal gains “are not proportionate to the reverses we’ve suffered.” While French is impervious to the fact that 50 years ago Christians had the entire building.

Mark Bauerlein agrees with Ahmari, “David French’s commentary on the Oberlin College penalty pinpoints exactly the problem. Conservatives have lost battle after battle in higher education for 50 years, and when we get the rare pushback against leftist tyranny, establishment conservatives hail it as a game-changer. They have been proven wrong again and again.”

Ahmari likened French’s drag queen disinterest to his previous failure to recognize the impact of homosexual marriage in 2006. French later admitted that his laissez-faire attitude to a disaster for Christians was wrong. French ignored him.

He is a proceduralist who’s learned nothing. French is always on the deck of the battleship Missouri fighting for better surrender terms while the ruins of the culture smolder behind him. That’s why he’s still working to defeat Trump in 2020. The conservative judges Trump appointed are irrelevant.

When a lawyer in the audience said, “you spilled a lot of words talking about due process” but due process is at the mercy of judges. “When you have lawless judges on the courts nobody has due process.”

French airily dismissed her, “I reject the notion that everything stands or falls any given four years of judicial appointments.”

And there is smug, superior French-ism in all its glory. It’s why voters rejected it in 2016 even before Ahmari decided it was worth rejecting.

French’s hands remain pure, unsullied by any Trump support. He’s already negotiated his small comfy perch. The rest of you should do likewise.

Besides the central tenant of French-ism is: In the long run, we’re all dead.

L.A. Is No Day At The Beach

by Michael Reagan
Don't tell the people in charge, but my friend's wife is a member of the L.A. resistance. She's been regularly going out into the underground economy to get her hair done. She's been meeting with her hairdresser at an undisclosed location -.. ...
Trump Is Preparing To Yell ‘Fraud!’ If He Loses In November

by Dick Polman
The Trump-fueled pandemic has already claimed 94,000 American lives. And six months from now, the pandemic-fueled election may well wreak havoc with what's left of American democracy. Every time Trump opens his big mouth, that dire November scen ...
More Than Ever Before, Corporate Governance Matters

by Peter Roff
The COVID-19 crisis has likely changed American business forever, as politicians use the deadly pandemic to push for changes that will have a major impact on how corporations operate. How business respond will determine the future of American co ...