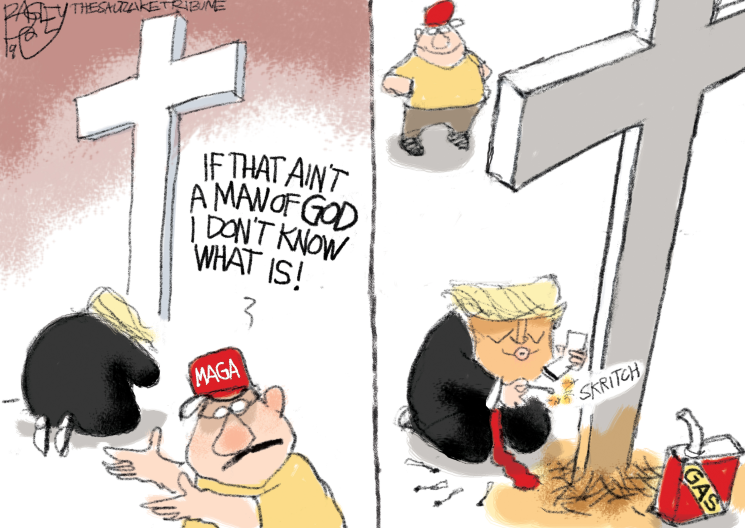 Twinbrook Baptist Church in Rockville, Md. recently had a going-out-of-business-sale. The church had been spiritually bankrupt for decades, but the members finally had enough and decided to sell the physical plant, too.

The Twinbrook Baptist started out on solid Christian footing. Founded in 1956, the church was notable for following the Apostle Paul’s doctrine in Galatians 3:27 – 29: “For all of you who were baptized into Christ have clothed yourselves with Christ., There is neither Jew nor Greek, slave nor free, male nor female, for you are all one in Christ Jesus. If you belong to Christ, then you are Abraham’s seed and heirs according to the promise.”

This meant that while many Southern Baptist Churches – to their enduring shame – supported segregation, Twinbrook made it a point to welcome blacks. It was a courageous stance at that time and worthy of praise.

Paul’s theology is a strong brew. In 1987 Twinbrook decided Paul was no longer its cup of tea and joined the Alliance of Baptists, a group that split from the Southern Baptist Convention when the SBC decided it was time to take Paul and the rest of the Bible seriously.

Twinbrook’s entire theology changed. It went from going against the culture and embracing blacks in the congregation, to slavishly following the culture and feverishly jettisoning any Christian doctrine that made sinners feel uncomfortable. When a church dumps doctrine that makes sinners guilty – which is the point of following Christ – it’s no longer a church. Instead it’s a social club that collects dues every week.

Naturally, Twinbrook was a “welcoming” church. This meant any heretic or consonant crusader was automatically a valued member of the congregation. As the WoePost put it, “Twinbrook and its pastor have been on the front lines of local and national LGBTQ advocacy … helping to form the outreach group Montgomery County Pride Center and joining an amicus brief asking the Supreme Court to rule that federal law prohibits job discrimination against gay and transgender employees.”

And the church didn’t confine itself to fighting for more variety in sex and sexual partners. No “marginalized” sparrow’s fall was too small to escape the notice of these social justice warriors. “Students with lunch money debt” had a friend in their secularized Jesus.

In spite of Twinbrook’s efforts to soften the hearts of lunch ladies, the congregation was down to about 50 members when it gave up the ghost. Their excuses sounded like those of mainline Protestant churches that trod the path to irrelevancy before them.

Once social justice crowded out the Cross, Twinbrook’s theology had scant appeal for Christians, which further limited any possibility for growth. Even the congregation wasn’t that sold on their message. Rather than downsize to fit the eroding congregation and continue the ministry, Twinbrook signed a congregational Do Not Resuscitate pledge and sold out.

“Two years ago, church leaders said, Twinbrook’s congregation realized its numbers were falling and its days as a full-time ministry were probably limited. People were moving out of the area, and older members were dying, making it hard to afford the maintenance on the decades-old church building.”

That makes it sound like Rockville, Md. is about to suffer the same fate as Dogpatch, Ark. That’s misleading. Rockville is Maryland’s fourth largest city and population has increased 10 percent in the last ten years.

Unfortunately for these Baptists, the alphabet apostates and their supporters just weren’t that into them. One can be card-carrying consonant crusader and social justice warrior par excellence by putting a rainbow flag on your Twitter profile and going to the polls just once a year.

Why bother with getting up early on Sunday and being potentially embarrassed when the usher hands you the collection plate? There were plenty of other SJW organizations volunteers could join. And none require a prayer before going for the coffee and donuts.

Proceeds from the sale of the building will be used to contribute over $1 million to local organizations that “share its values.”

The favored groups include “medical clinics, school lunch programs, hospice care, emergency housing funds, Habitat for Humanity builds, LGBTQ youth programs and other community support services.” The only Christian organization in that group is Habitat for Humanity. One of the larger grants will go to Community Ministries of Rockville, which is a nonsectarian religious healthcare organization.

What’s telling about the list of published donations is not a single dime is going to religious organizations working to protect the unborn.

This is remarkable. Our nation has confronted two great moral questions in its history. Twinbrook was on the right side of slavery and segregation when it still believed in the Bible. Today it’s watered-down Christianity has washed away most of the congregation and reduced the remnant to pacifism on the question of life for the unborn.