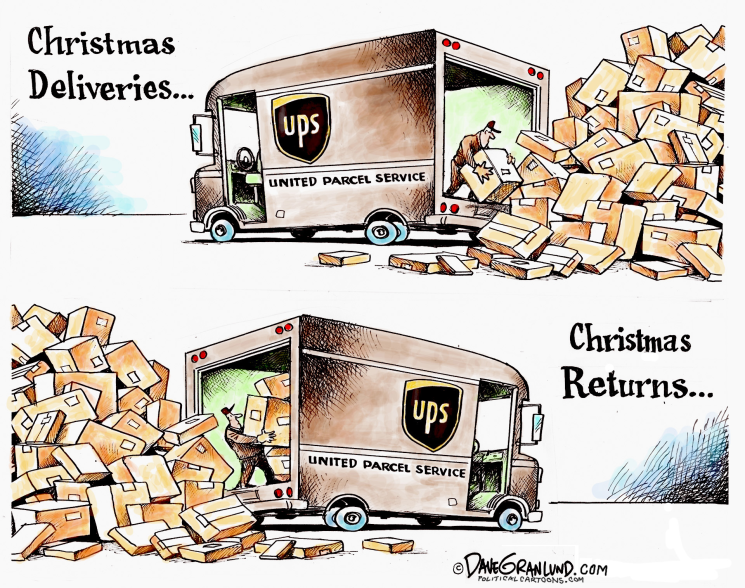 Domino’s offers to “insure” your purchase in the event your car is crushed by a tree and you slip on an icy sidewalk causing the pizza you are holding to land in a snow bank. It’s either the dumbest marketing scheme ever hatched or the most brilliant.

Carryout Insurance, as they call it in the commercial whose plot is outlined above, covers damaged pizzas if returned within two hours of purchase. Domino’s provides these examples of when the insurance would kick in: “A stranger sneezed on it” and “My dog licked it.”

There’s no telling how many claims have been made since Domino’s launched the campaign, but it can’t be many. I’ve consumed more pizza than I care to admit and I don’t recall ever having one become so damaged that I’d want to drive back to the store and seek a replacement.

Yet, the marketing pitch sounds generous. How kind to replace a pizza in the event “Birds thought it was a bird feeder,” which is another example mentioned on Domino’s website.

The timing for this campaign is perfect since we seem to be living in an age of buyers’ remorse, with so many products being returned that several of the most truly gracious merchants have had to change their policies.

L.L. Bean says it has lost $250 million in the last five years due to abuse of its legendary return policy that allowed customers to send back items, regardless of condition, forever! The company’s chief, Shawn Gorman, explained in February, “a small, but growing number of customers has been interpreting our guarantee well beyond its original intent.”

So now L.L. Bean only accepts returns for one year after purchase – still a remarkably fair deal, but not good enough for scores of customers who flooded social media with complaints.

By comparison, Apple takes returns for only 14 days; Best Buy 15, and supernova Amazon for 30.

Ah, but Amazon has quietly begun banning customers who make too many returns, as first uncovered by The Wall Street Journal. The company refuses to say how many returns it takes to earn a ban. Several other mass merchants, such as Best Buy and Lowe’s, are also cracking down on returnaholics, with Lowe’s policy stating, “Lowe’s stores use refund and check verification systems. All returns are subject to system approvals.”

I have no idea what that means, but I do know that “return fraud” in the U.S. is estimated to cost merchants about $9 billion annually, according to the National Retail Federation’s 2015 survey.

That’s why offering Carryout Insurance on pizza is such a shrewd concept. It’s coverage no one needs, no one wants and will cost the company nothing. Best of all, it’s a policy that no one is likely to attempt to defraud.

It’s kind of like a radio station offering Bad Song Insurance. Don’t like the tune? We promise to play a different one within four minutes. Or Losing Score Insurance at the ballpark. Don’t like the outcome? We’ll try again in our next game, no questions asked.

Or maybe Readers Insurance. Displeased with what I’ve written? I’ll have something new as soon as I finish my pizza.