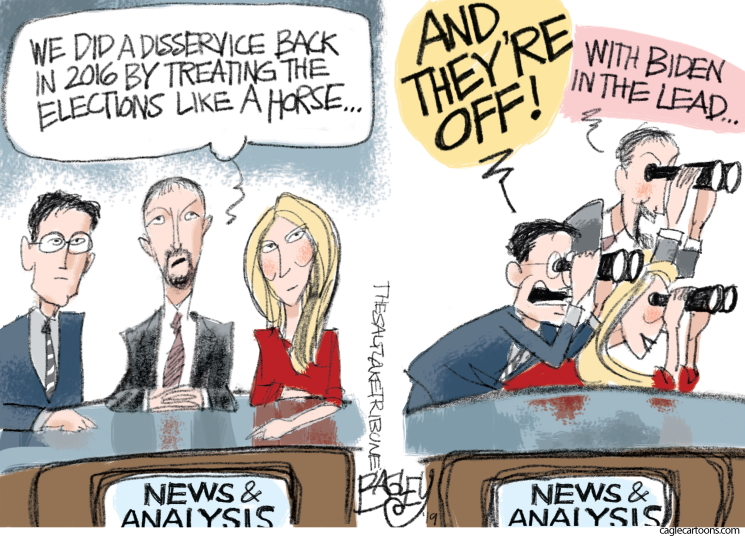 Bill O’Reilly, once the most powerful voice on cable-TV, has been largely absent from public view for two years following revelations that he paid some $50 million to settle sexual harassment lawsuits. Yet, O’Reilly’s signature – a segment he called “The Memo” – continues to have an unfortunate impact across the cable dial.

O’Reilly began his nightly Fox News Channel program with commentary, not news. His conservative “Memo” was delivered in compelling style, yielding high ratings for the show and power for its host.

In his wake, cable’s big three channels – FNC, CNN and MSNBC – have gradually allowed similar commentary segments to dominate their prime-time programs. Under a rock somewhere O’Reilly must be chuckling because attempts to copy his act are, for the most part, boring wastes of airtime.

For talented journalists such as CNN’s Don Lemon, the added burden of doing nightly commentary is an unfortunate example of the Peter Principle. As Lawrence J. Peter explained in his 1969 book, people tend to be promoted in business to their “level of incompetence.” Lemon is a skilled newsman and interviewer but as a pundit he’s miscast.

O’Reilly’s FNC replacement, the conservative Laura Ingraham, begins with commentary she labels “The Angle.” Sean Hannity’s show has long been laced with the host’s opinions but now, lest there be any misunderstanding his mission, Hannity brands his opening monologue the “Opening Monologue.”

Cable’s commentary overload is apparent at MSNBC, where Rachel Maddow and Lawrence O’Donnell devote enormous amounts of time – and verbiage – to opining. Their skill and intellect are not in doubt, but the nightly professorial-style lectures they favor tend toward tedious.

The worst example of the trend happens on CNN when Chris Cuomo wraps up his show and introduces Don Lemon for a split-screen exchange of opinions. Then Cuomo launches into his own solo commentary, branded “The Argument.” At the top of the hour, it’s back to more split-screen opining between Cuomo and Lemon. For anyone still awake, Lemon then delivers his own lengthy commentary known as “Don’s Take.”

How cable channels conduct themselves is more important than ever as the 2020 presidential campaign unfolds. Programs hosted by Brian Williams on MSNBC, Anderson Cooper on CNN, and Shepard Smith on FNC leave most commenting to guests, creating a more effective journalistic blend.

But too many cable hosts follow the opinion matrix. Part of the problem is due to the medium’s increased role in reinforcing opinions among viewers – often derided as an echo chamber. Those trusting Sean Hannity, for example, rely on regular doses of his personal views. The fact that he flogs the same points night after night hasn’t hurt his ratings – especially with his number one fan, Donald Trump.

Hannity has compared his program to a newspaper in which both hard news and commentary exist harmoniously. But the Fox host and many cable producers overlook the fact that no newspaper invites a single journalist to write both the top story on page one and also the day’s lead editorial.

Memo to Chris Cuomo, Don Lemon and the others: Refocus on what you do best and spend less time on the opinion page.