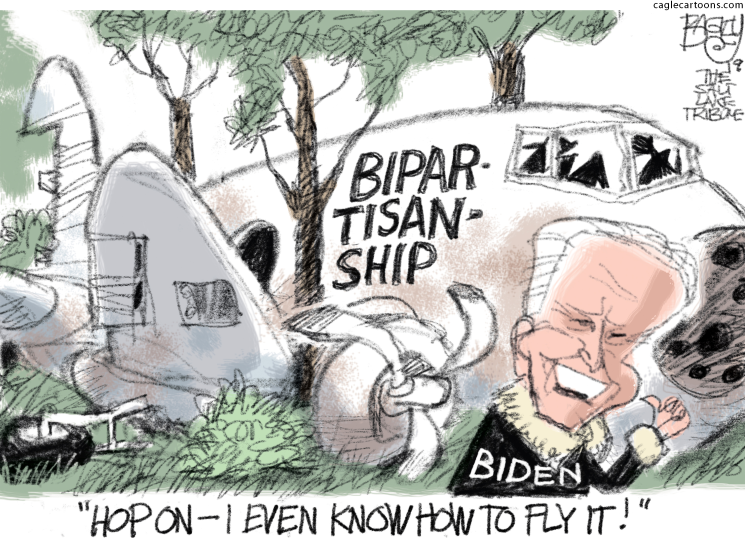 Silly me. I thought one advantage of having a 76-year-old Democrat running for president is that his campaign would be refreshingly old school: a few lawn signs, a bus trip across Iowa and an occasional postcard to supporters through the U.S. Mail.

But, no. While Donald Trump holds the record for tweets by a politician, Joe Biden is on his way to setting the all-time mark for emails by a candidate. At the rate he's going, millions of voters will each receive thousands emails from "Joe" before Election Day.

I get it. The Biden campaign has plenty of money and the email strategy - first developed by Howard Dean and then used effectively by Barack Obama - brings results. But is there no point of diminishing returns? I'd rather not "unsubscribe" to the Democratic National Committee's list, which Biden's team apparently uses, but after only a few months of the Biden campaign my delete button is worn out.

Here's an actual log of Biden emails from a single five-day period:

There's an interesting bit of fine print at the bottom of every Biden email: "We know we send a lot of emails, and we are sorry about that. The reason? We are relying on grassroots supporters like you (we're serious!)."

Below that is an option to click for "fewer" emails, which leads to: "Thank you for making the decision to only receive our most important emails. You won't regret it!"

Looking at my five-day log I'm wondering which email would have been deemed "most important"? Was it the "Sorry to alarm you" note? Or the "Sorry to email" item?

Of course, if like me you're also on the Republican National Committee's list you're inundated with emails from the Trump Campaign - a "campaign" that began virtually the day Trump took office. While Biden's missives are relentless, at least they are polite. Trump uses emails to spew hate. The president also favors unscientific push polls - surveys with loaded questions designed to elicit specific answers.

For instance, a recent Trump email asked, "Should President Trump and his campaign do more to hold the Fake News media accountable?" The choices were "yes," "no" and "undecided" - but all answers presuppose that there is such a thing as "Fake News media."

The email, signed "Donald J. Trump, President of the United States," included: "While the many socialist Democrat campaigns are taking their cues from liberal elites and Hollywood megadonors, our campaign is driven by YOU."

Well, not ME, I can assure you of that.

I do wish Joe Biden would spend more time on the campaign trail and at televised town halls, and less time writing emails to his choir. I'll give him this much: At least the former veep has the class to say he's "sorry" about the email barrage - something no Trump email would ever declare.

As the noted political observer Elton John once observed, "Sorry seems to be the hardest word."

Are You Still Procrastinating About Your Tax Return?

by Danny Tyree
Misery loves company, but it's cold comfort that many of you ,' like me - still haven't filed your 2020 income tax returns. (And I'm aware others of you had already pre-spent your refund SIX MONTHS AGO, but come on, dude. When you announce, "I'm ...
Biden’s Not-So-Humane Immigration Policies

by Joe Guzzardi
Early Sunday morning, a commercial boat in the San Diego Bay called to report a distressed vessel near Point Loma. The vessel, maneuvering in seven-foot swells, fog and light rain, broke apart after hitting rocks.San Diego Lifeguard Lt. Rick Rom ...
Do the Charleston… If You Have the Grits

by Jase Graves
It's time for another installment of "Places you should go before you can't tell a presidential executive order document from one of your White House German Shepherd's training pads!" Yes, recently my wife and three teenage daughters took a week ...