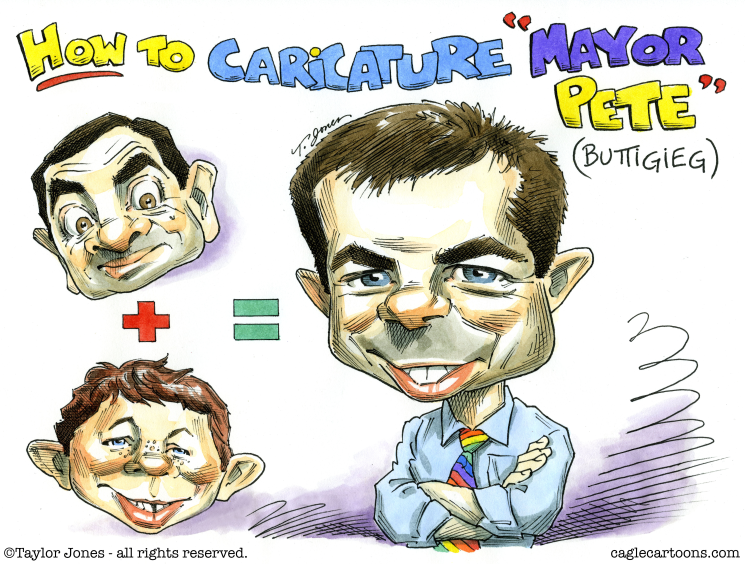 CEDAR RAPIDS, Iowa - Mayor Pete Buttigieg, the Democrats' wunderkind from South Bend, Indiana, has made only a modest mark in national polls, yet he's a boffo attraction in Iowa as well as in California, where he's the favorite among Hollywood's glitterati.

Watching him in action at the annual Corn Feed, as they've named a day of political speeches here in Cedar Rapids, it's easy to understand Buttigieg's appeal. He's closer to the center than many of his opponents and arguably the most articulate among the candidates, yet he rarely raises his voice and he's not preachy. Ten candidates spoke to this gathering of just over 1,000 people and only Mayor Pete received a standing ovation.

Reflecting Mr. Buttigieg's ascent is the fact that his campaign raised nearly $25 million in the second quarter of 2019 - more than any other Democrat, including front-runner Joe Biden, who took in $21.5 million. Among California donors giving at least $200, Mr. Buttigieg collected more than the state's junior Senator Kamala Harris.

In West Hollywood Buttigieg totals are close to the sum collected by all other Democrats combined. Recent donors include Kevin Bacon, Ted Danson, Barbara Streisand, Michael J. Fox, Sharon Stone and Larry David, among others. And the latest to announce a fundraiser for Mayor Pete is Netflix Chairman and CEO Reed Hastings.

Maybe Mr. Hastings envisions a screenplay that seems to write itself: Son of an immigrant father from Malta, Harvard grad, Rhodes scholar, staffer at McKinsey & Company, accomplished pianist, fluent in several languages including Arabic, Mayor of South Bend for eight years and veteran of the war in Afghanistan. Plus he's gay.

Hollywood is home to a lot of wealthy people with an eye for young talent. They were quick to embrace the nation's first black president and they're excited about the prospects of putting the first openly gay man in the White House. If they cared to look at the Buttigieg campaign as they would a showbiz project, they'd be impressed by what's going on here in Iowa.

The 37-year-old mayor plunges into the crowd as the frenzy around him grows. He's dressed in skinny jeans with a crisp white shirt, sleeves rolled a few turns in his trademark style. On his wrist is an oversized expensive-looking watch. His traveling press secretary, Nina Smith, surveys the scene with me, explaining, "This all happened so fast. The campaign wasn't prepared for it."

Hollywood would love the fact that the mayor's admirers are spending heavily on branded merchandise - hats, tee-shirts and other "Pete" gear. This is an important indicator: Those willing to wear it tend to swear by it.

Of course, the Republican in the White House is also a star who knows how to excite a crowd, manage media and market his brand. Perhaps Democrats outside of Hollywood and the Northeast will ultimately prefer a candidate with less star power but more political experience. Then there's the inconvenient truth that no sitting mayor has ever been elected president.

Yet, there is magic in the way Mayor Pete works a crowd. When supporters bring color eight-by-tens, carefully preserved in plastic sleeves, to be autographed, they're saying something that pollsters find difficult to measure: This guy has a future.

Whether that future arrives in time for the 2020 election depends largely on how fast the crowded field of Democrats is thinned, and whether the early leaders - Joe Biden, Elizabeth Warren, Bernie Sanders and Kamala Harris - can withstand another year of scrutiny.

In Hollywood, meanwhile, the Buttigieg campaign will eventually face the same question asked of all projects: Will it play in Peoria?