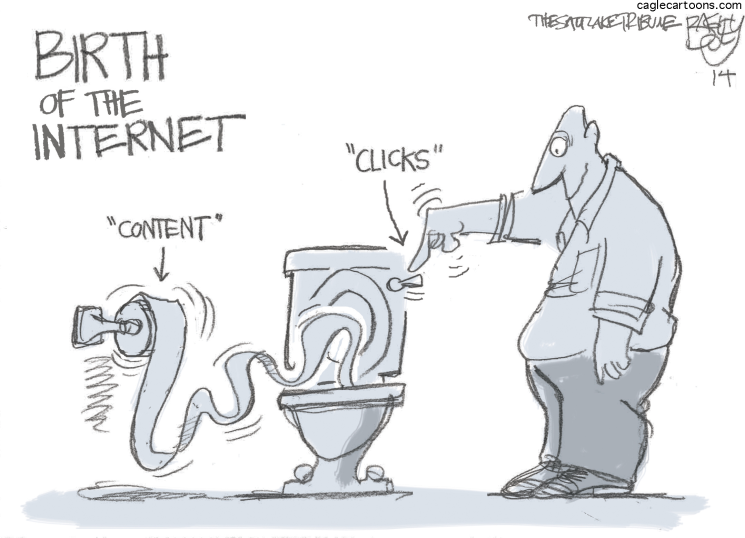 Here are my five favorite things about this sentence: (1) It grabs your attention, (2) It keeps you guessing, (3) It’s not overly wordy, (4) It’s something you might forward to friends, (5) It’s part of the list-making trend that just keeps growing.

The New York Times sent subscribers an email on August 11 promoting “12 new books our editors liked” and “10 best new recipes.” There was also a report on “the 50 best TV shows on Netflix right now.” 50! That’s quite a list. I expect a follow-up in which editors select “the 10 best TV shows on our list of Netflix’s 50 best TV shows.”

The Boston Globe continued its obsession with sports lists: “Eight takeaways from the Patriots’ time in Michigan.”

The Washington Post offered, “Eight non-culinary tools you can use in the kitchen.” (Spoiler: one is a blow torch.)

So, yes, it seems we’re all drawn to lists. And, clearly, editors have figured that out.

The Internet’s clickosphere contributes to it. Just Google “Top 10 Lists” and you’ll be amazed. A few of my favorites: “Top 10 Researchers Who Experimented on Themselves” and “10 People Who Gained Genius from Brain Damage.”

I blame David Letterman for this. His Top 10 lists were delicious late-night snacks, with entries such as: “Top 10 Things That Sound Cool When Said by Snoop Dogg.”

Of course, Dave is now off in semi-retirement, trying desperately to come up with a list of 10 good reasons not to shave his beard, and undoubtedly laughing over the fact that editors can’t resist his fun-with-lists gimmick.

There’s an actual Wikipedia section titled “List of lists of lists.” How detailed is it? It includes “List of Tamil films of the 1940s” and “Lists of ‘Dungeons & Dragons’ monsters.”

Buzzfeed has popularized the term “listicle,” which is any article in the form of a list – and Buzzfeed’s listicles get millions of views!

So, my Top Five reasons for writing this: (5) I will presumably be paid, (4) It required little thinking, (3) It’s summer, after all, (2) Readers love lists, and (1) It serves to remind us that lists, while sometimes engaging, should never be confused with actual writing.