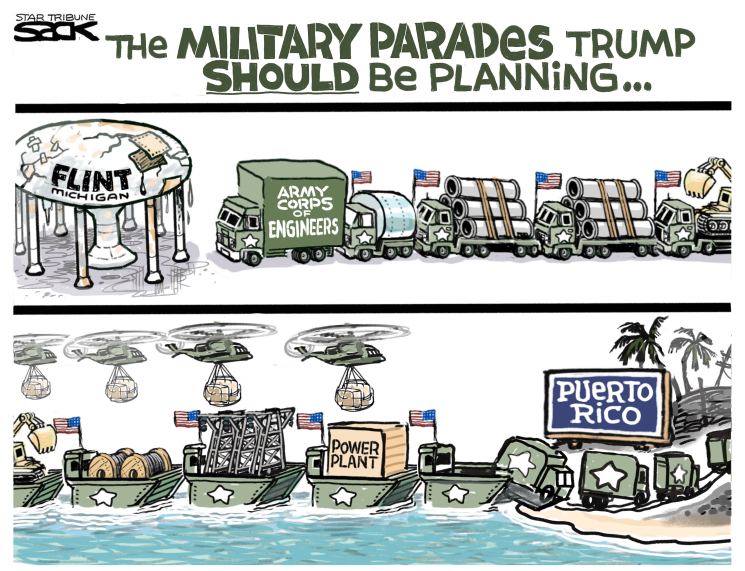 Though it’s cliche, Memorial Day reminds us that freedom isn’t free. It costs us, sometimes dearly.

This is especially true when we find ourselves unprepared for a conflict we probably should have expected to be drawn into. America was not ready for World War I, for World War II, or for Korea. We weren’t even ready for the Iraq War, despite the fact it was initiated by the United States after all efforts at a negotiated settlement failed. As former Secretary of Defense Donald Rumsfeld said, we were forced to go to war with the forces we had rather than the forces we might have wanted.

Rumsfeld was widely criticized for his observation, but, then as now, it is totally defensible. The breakdown of America’s military power doesn’t happen overnight. Instead, it’s a long process that begins when the politicians start believing a threat has passed and that funds used for defense could be better spent elsewhere.

Well, we’re setting ourselves up again. America is not prepared for the next war, whether it happens in cyberspace, outer space, or, in a more conventional sense, starts somewhere around the world when the need arises to check an ambitious power seeking to expand its influence on global affairs by force.

One place that deserves more attention than its getting is the People’s Republic of China who, it should be noted, recently sent to sea an aircraft carrier it designed and constructed on its own, probably with the help of intellectual property stolen or extorted from U.S. commercial interests.

Carriers are not, per se, defensive weapons. They are used to project power far from home at the center of an array of a combat fleet that will, according to those who are experts in such matters, soon rise to 400 ships.

There’s a crisis coming. It’s not a for sure thing; the Chinese would much prefer to use their economic power to achieve their objectives all across the Pacific Rim. They also understand, as do we, that war is expensive and is to be avoided at all costs. Therefore, it’s disconcerting to learn that Adm. Phil Davidson, the president’s nominee to be the next head of the U.S. Pacific Command, recently told the United States Senate he was not at all certain America would prevail in a future military conflict with China.

Adm. Davidson called China “an arrived great power and peer competitor” thanks to what he then called “a rapid military modernization over the last three decades and is approaching parity in a number of critical areas.” It is, and the United States needs to respond, not just by increasing the size of the U.S. Navy’s combat fleet but by making sure its Merchant Marine remains viable just in case a conflict should arise.

Right now, the best guarantee of that is the Jones Act, passed just after World War I to make sure the U.S. military never again encountered the kids of difficulties it did when moving troops and supplies to Europe during what everyone hoped would be “the war to end all wars.” Formally the Merchant Marine Act of 1920 – U.S. Sen. Wesley Jones of Washington State was its principal sponsor – it requires all cargo moved by water between two points in the United States be transported on ships built, owned, and crewed by Americans.

Without the Jones Act, all that work would have been outsourced years ago to other countries, to ships with foreign crews. The shipbuilding and maintenance facilities that still exist in the United States would have vanished into the mist even though, in time of war, a secure reliable merchant fleet is vital to the national defense. Creating it all from scratch would cost as much as $65 billion according to those who follow such matters closely. Yet American doesn’t have even half that available to update the combat fleet.

Even the possibility of future conflict with China means the America should act now to keep the homegrown merchant fleet and the ship building and repair industries it needs open. To abolish the Jones Act would mean its closure, something that would be pennywise, pound foolish, and obviously so but only after it was too late to reverse course.