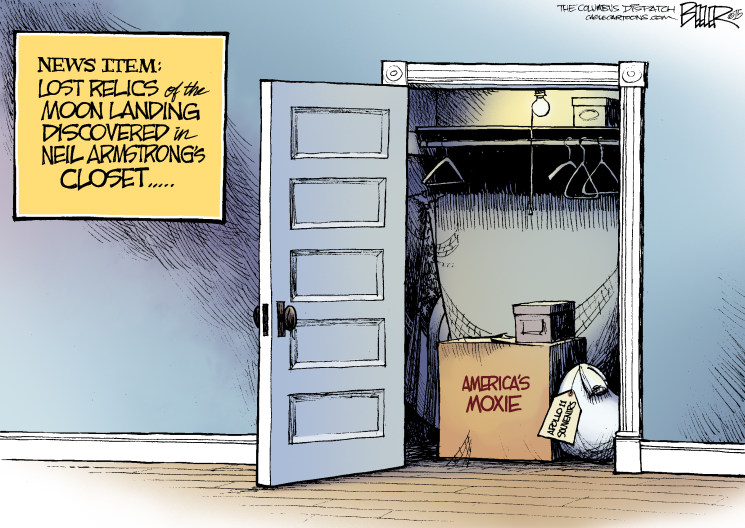 Since the dawn of creation, mankind has been driven by the urge to explore the world around him. The quest for knowledge consumes us. We have to know if we are alone in the universe or if life exists someone beyond the big blue marble we call home.

We’ve looked to the heavens for ages but only recently acquired the means to get there. Take the history of man, compress it into a year’s time and you’ll find that everything from the Wright Brothers to Neil Armstrong happened in a relative blink of an eye.

It really is miraculous but somehow, someway the wonder went out of it. The Space Shuttle program, while never living up to the expectations NASA and Congress had for it, nonetheless made space travel seem routine and hardly worth comment unless a tragedy occurred. America lost its drive, its vision for life in a brighter world out among the stars, settling instead for television franchises that let us live out the fantasy from the comfort of an easy chair.

That’s changing thanks in no small part to innovators and explorers like Jeff Bezos, Elon Musk, Dick Rutan and Richard Branson. Their efforts to conquer space – just for the challenge of the thing or for commercial gain – has renewed interest in space and what can be done there. Their efforts, privately funded and undertaken in cooperation with NASA, have breathed new life into America’s aspirations to soar.

All that is to the good but, while their efforts are still somewhere in the preliminary stage – only one of their projects have thus far made it into outer earth orbit – there are a few ongoing efforts in which NASA and the United States government are involved that should not be abandoned. One of them, the highly successful International Space Station, is in danger of going dark thanks to budget cutters who don’t see the value in maintaining a continually operating orbital research platform operated in the interests of the public good.

Some in Congress and in the administration think the time has come to handoff responsibility for the ISS to a private company. America has already outsourced its ability to send astronauts up and bring them home to the Russians, a dubious idea at best. Now there are those who think the private space companies with whom the future of space travel lies may be ready to take over the operation of a platform that was meant to bring nations together in the peaceful pursuit of new technologies and, someday maybe, new worlds.

Contrary to what critics of continued funding say, the space station has been a major engineering, science and geo-political achievement that has allowed us to advance in significant ways our understanding of how to live and work in space. Should we decide to go back to the moon and remain there or attempt to travel to Mars, it will be because what we have learned from the operations of the ISS have helped make it possible.

Eventually, as NASA embarks upon a more challenging goal of sending humans into deep space, it is inevitable the agency’s primary focus on human spaceflight will transition to deep space missions and possible permanent colonies that depend on commercially provided capabilities to meet its needs in low Earth orbit. Cutting off funding for the ISS by 2025, as the FY 2019 federal budget proposes to do in anticipation of private companies being able to step in is putting the rocket before the capsule.

Texas Republican Sen. Ted Cruz, the chairman of the Senate Commerce Committee’s Subcommittee on Space, Science, and Competitiveness, has been rightfully critical of NASA’s plan to phase out its support for the ISS.

“Prematurely canceling a program for political reasons costs jobs and wastes billions of dollars,” Cruz said at a recent hearing. “We cannot afford to continue to pursue policies that have consequences of creating gaps in capability, that send $3.5 billion in taxpayer money to the Russian government, or that create a leadership vacuum in low-earth orbit that provides a window of opportunity for the Chinese to capitalize on it.”

Cruz is right, and his colleagues should join him in pushing back against what NASA has planned. The Russians are still in space. The Chinese are headed there and by some estimates could have a continuous manned space platform of their own in place by 2022. The private companies engaged in space exploration cannot yet match what they are already doing. It would be foolish for America to abandon the ISS and leave so much of what we’ve already accomplished along with the work left to be done to decay along with its orbit.

by Peter Funt
Hollywood must deal with the burden of producing TV programs during a pandemic and at a time of social and political upheaval in our country. Viewers, however, deserve better than to endure heavy on-screen doses of the very things they are hopin ...