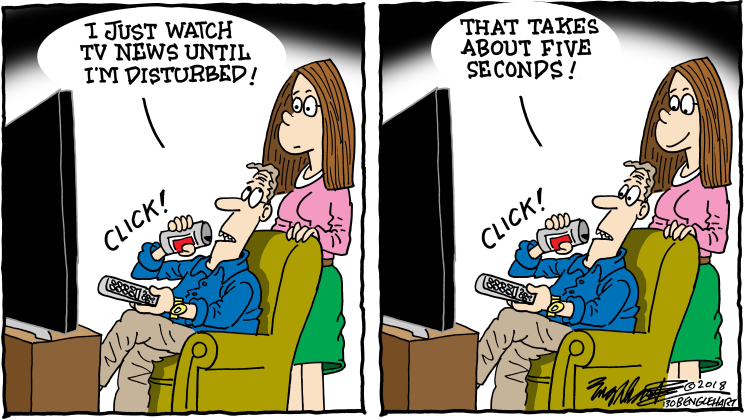 To you and me, the meaning of the word "temporary" is generally clear. It means something short-lived that we expect to go away sooner rather than later. But not when the folks in Washington use the word.

Consider the "temporary" telephone tax Congress imposed to help fund the Spanish-American War. If you check your history books, you'll see that the war lasted from April to August of 1893. The tax, on the other hand, survived into the second Bush Administration.

Another "temporary" law, one intended to speed the commercialization, expansion, and consumer adoption of new technology is set to expire at the end of 2019. The Satellite Television Extension and Localism Act Reauthorization (STELAR) should be allowed to fade away, but political pressure being applied by the parties who benefit from it most may unhelpfully keep it alive.

No only have growth in the satellite television industry and advancements in technology made the continuation of STELAR unnecessary, it may never have been needed in the first. It was enacted just about 30 years ago to provide a significantly discounted compulsory copyright license to give satellite companies the right to import out-of-market network television signals into a local market. The alternative, forcing their retransmission to local broadcast stations over the air, was financial prohibitively and technologically challenging.

These rules were supposed to give satellite television a boost in their push to compete with the cable giants. It worked. Today, DirectTV is worth $235 billion, Dish is worth $17 billion, and both networks offer just about every programming option available.

Letting the STELAR Act expire wouldn't be the end of the world. No one would have missed the final episode of "The Big Bang Theory" or the "Game of Thrones" finale (although the Twittersphere suggests a lot of folks wish they had) because screens would not have gone black had the expiration date already been reached.

What would go away are:

- A corresponding exemption from retransmission consent requirements for the carriage of these out-of-market network signals by satellite TV providers.- The requirement broadcast TV stations and satellite and cable TV companies both negotiate carriage of local broadcast signals in good faith.

According to the broadcasters, the number of satellite television subscribers who'd be impacted if the law expires as intended is now down to just about half a million. And there's every reason to believe consumers in those markets could find other ways to pick up network signals, either by taking them down over the air or as the beneficiaries of private arrangements between providers and broadcasters.

This corporate to corporate stuff shouldn't have any impact on what almost every viewer in America can watch. In fact, without STELAR, it might give individual communities a lift since the incentive for satellite carries to offer network affiliates from outside the coverage area instead of local news goes away. The playing field, as it were, becomes level.

It might have made sense at the start. The satellite companies were small and there were lots or policymakers who thought creating an alternative delivery system to compete with the cable companies was a good idea. Maybe. But only on a temporary basis until the competitors had achieved a kind of economic equilibrium and consumers who chose satellites over cable for whatever reason could still get their favorite network programming.

Technology is changing things faster than any of us might have believed possible at the beginning of the decade. Phones and cord-cutting have changed the way we watch programming. Netflix, Hulu, Roku, and YouTube have changed our viewing options forever, making a lot more shows available to us then was the case when the STELAR Act was conceived and signed into law.