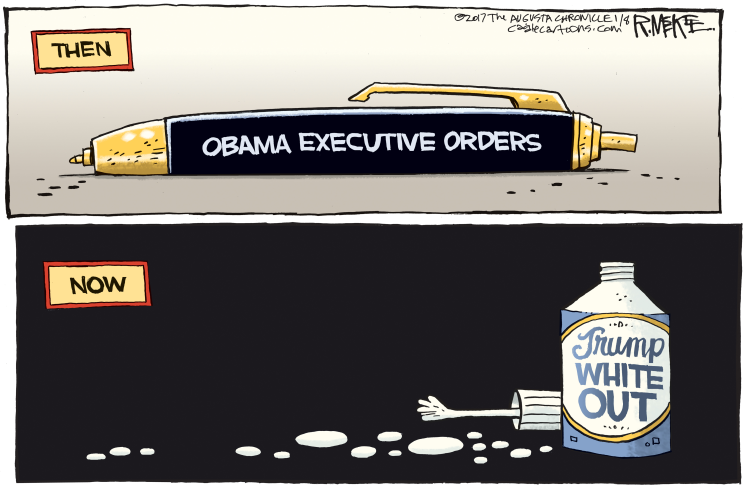 Attorneys general from California and other liberal states - many of which already ban payday loans - sent a nasty letter to the Consumer Financial Protection Bureau Director Kathleen Kraninger last week opposing her proposal to relax the Obama-era rules that would severely restrict the availability of payday, vehicle title, and other small-dollar loans.

The liberal AGs promised to sue the CFP--over the issue, and they might even find a sympathetic judge who will find that Obama administration executive actions cannot be reversed by Trump appointees.But that would be an unfortunate outcome for millions of Americans who rely on small-dollar loans as a necessary last resort - and who would end up suffering serious consequences if the Obama rules came into effect.

Obama-appointed CFP--Director Richard Cordray, a protege of Elizabeth Warren, was still on the job in 2017 when the agency issued rules requiring mandatory underwriting for small dollar loans.Underwriting is the process of looking at a borrower's overall financial obligations and ability to repay a loan.Mandatory underwriting for typical payday and other short-term loans would present an enormous administrative burden, add lengthy delays to products that are often used in urgent, emergency circumstances, and create a significant barrier for many borrowers when they lack any other options.

Small dollar lenders are heavily regulated in the states and there are also a dozen federal laws in place, and ongoing CFP--oversight.The Cordray rule is a solution in search of a problem that would have serious negative consequences for the millions of Americans who find their last resort for credit eliminated.

The Democratic AGs are backed by the usual constellation of liberal community organizers and advocacy groups - led by the so-called Center for Responsible Lending, which was founded by Martin Eakes, the inventor of subprime mortgages - and funded by Herb Sandler, whose negative amortization "Pick-a-Pay" home loans were called the "Typhoid Mary of the housing crisis" by the New York Times.Sandler sold his bank to Wachovia for billions before the loans collapsed and blew up Wachovia.Only in the upside-down world of consumer finance advocacy could these people portray themselves as the good guys.

We've all seen heartbreaking stories of people who got caught up in cycles of borrowing and were eventually overwhelmed.But it's important to keep in mind that the availability of small dollar loans is more likely to relieve than to create such stress.

U.S. Bank announced with much fanfare an alternative to payday loans, but its product ended up being priced similarly to the payday industry standard $15 per $100 borrowed - in fact, exactly that amount for manual payments and $12 for automated withdrawals.

If somebody could meet the needs of high-risk, low-dollar borrowers inexpensively, they would.But it's a tough business and making regulatory burdens even more draconian could cause it to collapse.Over 50,000 jobs could be lost as up to 90 percent of storefront financial service centers would become unprofitable if the Obama/Cordray rule takes effect.And that means desperate consumers who currently turn to low dollar loans as a last resort would face even worse circumstances -- potentially turning to criminal lending syndicates or facing evictions and utility shutoffs.

The bottom line: Director Kraninger is doing her job - protecting consumers - and should stay the course no matter how viciously liberal activists and politicians attack her.