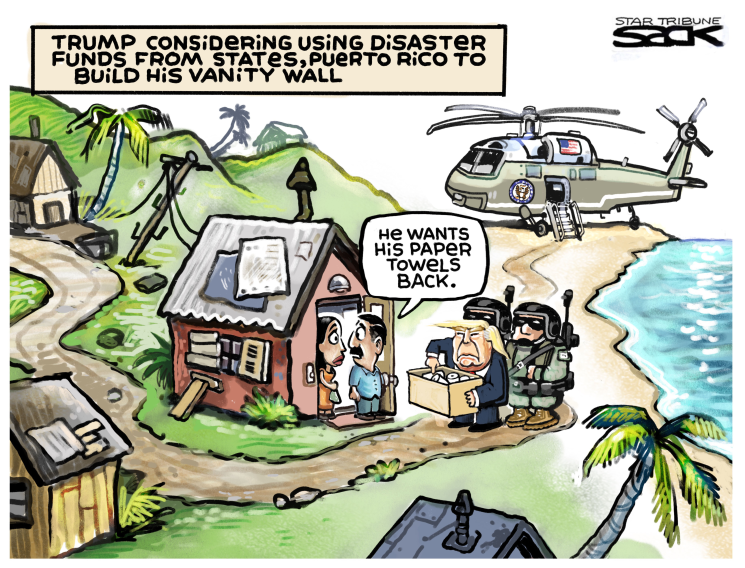 With American energy production booming thanks to President Trump's American energy dominance agenda, Puerto Rico should soon be in a position to use American natural gas - but that win-win outcome will require the president to grant Puerto Rico's request for a waiver from a World War I era law called the Jones Act.

The Jones Act requires movement of goods by water between points in the United States only by means of vessels that are U.S.-built, U.S.-owned and U.S.-crewed.There are no such vessels capable of transporting LNG in bulk from U.S. sources to Puerto Rico.So, without a waiver, Puerto Rico will have to buy the natural gas to run its power plants from more expensive foreign sources, reducing the economic benefits for ratepayers and enriching foreign rather than American producers.It makes no sense.

Liquefied natural gas (LNG) exports from the United States are booming, and, in 2017, after 60 years of being a net importer of natural gas, we became a net exporter.Ships are leaving American ports loaded with LNG for countries all over the planet, but they cannot deliver to Puerto Rico, specifically because it is part of the United States.The 1920 Jones Act restricts the transportation of cargo between two American ports to ships that are U.S.-built, U.S.-crewed, U.S.-owned, and U.S. flagged.However, as the government of Puerto Rico noted in its waiver request: "of the 478 LNG carriers that currently exist in the world, none are Jones Act eligible."Thus, without a waiver, Puerto Rico simply cannot transport American LNG to Puerto Rico.

It is unlikely that an American company will build a Jones Act eligible LNG carrier.As Cato Institute analyst Colin Grabow has noted, the economics simply are not there because building an LNG carrier in a U.S. shipyard would cost triple what it costs to build in other jurisdictions, such as South Korea.The Government Accountability Office found that, because no LNG carrier has been built in the U.S. since 1980, a U.S. shipyard undertaking such a project would have to bring in foreign labor, specifically "250 to 300 skilled Korean workers for the duration of the build time to ensure the work is done correctly."

In the absence of a waiver, natural gas exports to foreign markets will keep booming, but Puerto Rico, an American territory, will be left out and forced to buy more expensive LNG from Trinidad and Tobago and possibly Russia.Puerto Rico would have to pay around $100 million per year more for the privilege of purchasing foreign natural gas.

The opposition to granting this limited waiver to the Jones Act is being advanced by members of Congress who represent shipbuilding interests.Shipbuilders have long feared that any crack in the Jones Act will lead to its eventual repeal and force them to compete directly with lower-cost foreign competitors.Such an argument rings hollow given that there are no American shipbuilders constructing oceangoing LNG carriers, nor have any expressed any intent to do so.

President Trump's American energy dominance agenda is succeeding beyond even what he promised on the campaign trail, with American becoming a powerhouse exporter of oil and natural gas.Puerto Rico does not deserve to be left out and forced to buy foreign LNG.President Trump should therefore approve a limited waiver of the Jones Act and let Puerto Rico enjoy the benefits of clean, abundant, affordable American energy.