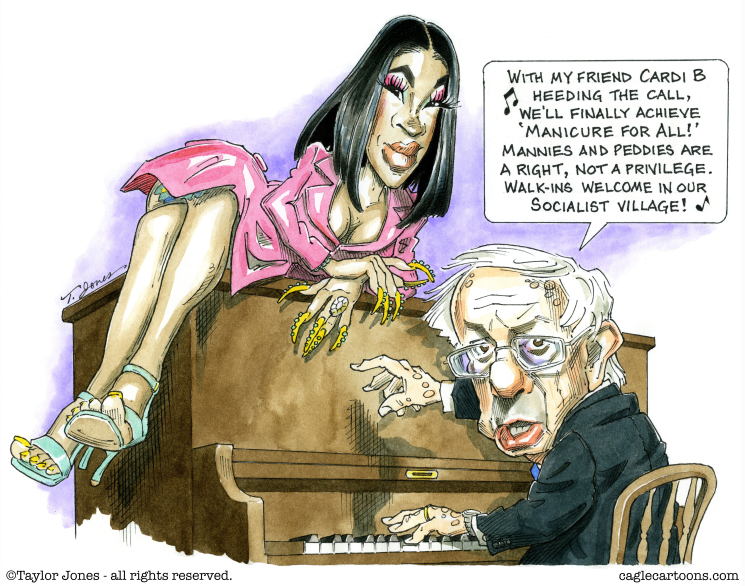 I was afraid this day would come. Perhaps it’s an indication of the Apocalypse or, at the very least, that multiple blows to the head, received during my less-than-stellar amateur athletic career, have finally caught up with me.

It’s amazing what a politician will say when he isn’t running for anything or trying to hold onto power. This is one among many reasons I favor term limits, which are about as realistic as an Uber to Mars.

Nevertheless, the former Senate Democratic leader has called out his party’s presidential candidates for their unrealistic solutions to intractable problems such as rising health care costs and illegal immigration.

“People want a fair immigration system. They don’t want an open-door invitation for everybody to come at once,” Reid said.

Reid might have also added, but didn’t, that it would be nice if Democrats would come up with an economic policy that wasn’t hatched on the campus of Sherwood Forest University in the Robin Hood School of Economics.

“We will tax the hell out of the wealthy,” said Bill de Blasio, Democratic candidate for president. He’s also rumored to be mayor of New York City but no one has seen him there recently.

I realize hating rich people and wanting to take their money and give it to someone else is in vogue right now but it doesn’t make a whole lot of sense.

If you are one of those “Stick-it-to-the-man!” proponents, you need to realize that you might actually be “the man” or “woman” or “person” one of these days.

The Democrats’ wish list of free stuff – health care for everyone, student loan forgiveness, college tuition, a guaranteed job – would total about $41 trillion. As Brian Riedl of the Manhattan Institute wrote in December, the math doesn’t work. Even if you took every penny from the top 1 percent, you wouldn’t fund a Medicare-for-all program. And doubling the top tax brackets (from 35 and 37 percent to 70 and 74 percent) “would close just one-fifth of the long-term Social Security and Medicare shortfall. Even seizing all annual income earned over $500,000 would not come close.”

What all that means is the middle class will eventually bear the burden of these government giveaways. If you didn’t consider yourself wealthy before, congratulations.

This isn’t about “fairness” either. “The top-earning 20 percent of taxpayers earn 53 percent of the income, yet pay 69 percent of all federal taxes, including 88 percent of all income taxes,” Riedl wrote, based on numbers from the Congressional Budget Office.

So, the idea that the rich will fund the Democratic Socialist agenda is either a leftist fantasy or an outright lie. Of course, when you don’t have any serious ideas that don’t involve a massive redistribution of wealth, fantasies and lies will do nicely.

The odd thing is progressives continue to push these policies despite the fact that we can all see they don’t work.

California, for example, long under Democratic control, has become exactly what progressives claim to abhor – a place where only the super wealthy thrive.

“The annual household income necessary to buy a median-priced home now tops $320,000,” wrote New York Times columnist Farhad Manjoo in May. “Yet the streets there are a plague of garbage and needles and feces, and every morning brings fresh horror stories from a ‘Black Mirror’ hellscape: Homeless veterans are surviving on an economy of trash from billionaires’ mansions.”

There is a serious shortage of affordable housing in California. Yet, the Democratic legislature doesn’t seem to have the stomach to do anything about it, which Manjoo calls “another chapter in a dismal saga of Nimbyist urban mismanagement that is crushing American cities.”

“Not-in-my-backyardism is a bipartisan sentiment,” he wrote, “but because the largest American cities are populated and run by Democrats – many in states under complete Democratic control – this sort of nakedly exclusionary urban restrictionism is a particular shame of the left.”

It’s a searing indictment of ultra-progressivism but for those who think he’s wrong, the evidence suggests otherwise.

You might have heard about California liberals wanting to secede from the United States.

There are a lot of reasons why they won’t be going anywhere anytime soon.

Mainly, they won’t be able to afford the gas.

by Joe Guzzardi
For most baseball fans, the season ends when the World Series final putout is made. But in 1946, the lucky residents of Pittsburgh, Youngstown, Cleveland, Cincinnati, Kansas City, Des Moines, Denver, San Diego, Fresno, Sacramento, Los Angeles, S ...