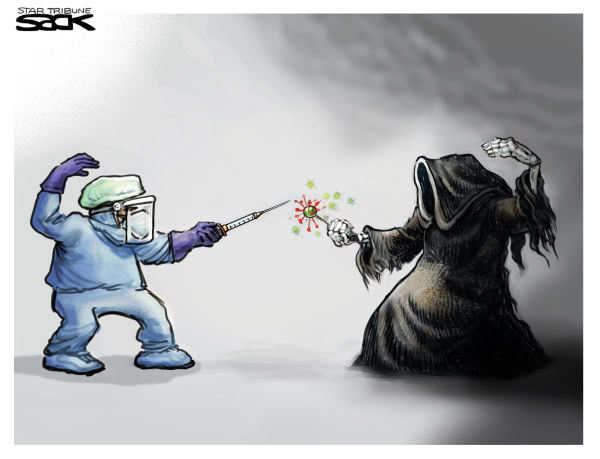 Try to hit a golf ball. Go ahead. It’s just sitting there, on its little tee, smiling at you. It looks easy. It’s not.

Golf is an excruciatingly difficult sport to play, much less master. At the professional level, it’s really hard to win a golf tournament. Harder still to win a PGA tour event. There are dozens of very accomplished golfers who go their entire careers without winning a tournament. For PGA tour pros, you’re not out there playing for Team X against Team Y. It’s you against 150 other guys, and you have to beat every one of them.

Jon Rahm is one of the best golfers in the world. Last weekend, at the Memorial tournament in Ohio, he was in the middle of the round of a lifetime. He had already made a hole-in-one and had played his way to a six-shot lead. With only one round remaining, unless he was abducted by aliens in the middle of it, Rahm was going to win the tournament and $1.6 million. Then, in a society that has become increasingly hysterical and overreactive, we witnessed, in front of network TV cameras, a hysterical overreaction.

Rahm, it was learned during the day, tested positive for COVID-19 and would therefore be “withdrawn” from, i.e. kicked out of the tournament.

PGA officials dismissed Rahm with as much ceremony as Michael Corleone dismissed longtime consigliere Tom Hagen in The Godfather – "You’re out, Tom.” – and with even less tact. They grabbed Rahm, on live television, while he was still on the course, and delivered the news. Understandably, Rahm was visibly shaken though gracious in his post-ejection comments to the media.

Aside from the PGA’s sausage-fingered handling of the matter, it’s fair to question whether such a drastic step was necessary.

Golf, more than any other sport is, even under normal circumstances, socially distanced. In fact, part of the appeal of golf, at least for me is its social distancing. For PGA tour golfers, during tournament play, they’re on the course with their caddies, their clubs and their thoughts. That’s it.

Since President Biden and Dr. Fauci gave us permission to go out and play, I see people, every day, outdoors, at the park, in the grocery store, in church, without masks, functioning normally. (And by the way, if you’re vaccinated and it makes you feel better to wear a mask, or two masks, or a space helmet, go for it. Just because I don’t understand it doesn’t mean you shouldn’t do it.) But how many of those people have been tested for COVID or vaccinated, or might be walking around asymptomatic as Rahm had been? We assume a certain level of risk when we leave our homes.

It appears Rahm was not vaccinated, though that hasn’t been confirmed. I’m not sure why he wasn’t vaccinated, but that’s his choice. I say this as someone who is vaccinated. But Rahm is a healthy, 26-year-old athlete. His chances of dying from COVID are, according to the CDC, in the neighborhood of one percent or less.

But what about him transmitting the virus to someone else? It’s a fair question but the wrong one, at least in this case. The question should have been, could he play one round of golf without putting anyone else at risk? Yes, he could have.

Yet, Rahm was exiled and within the aftermath came a fair amount of victim-blaming by the media. Rahm’s story is now a “cautionary tale” or, as New York magazine wrote, “a great vaccine PSA.”

Yes, if only he been vaccinated, this entire fiasco could have been avoided. Possibly. But perhaps Rahm, as a healthy 26-year-old, didn’t feel comfortable receiving a vaccine approved for emergency use. In fact, the lack of full FDA approval is what’s holding many American adults back from getting vaccinated.

Perhaps the Rahm story will inspire a more reasonable response the next time something like this happens and there will be a next time.

In a June 8 Yahoo sports column, Henry Bushnell asks, “If Rahm felt well enough to play, and if his competitors were either protected by vaccination or unconcerned by the virus to an extent that they would refuse vaccination, why couldn’t Rahm play on?”

An excellent question. At least someone other than Rahm is asking.