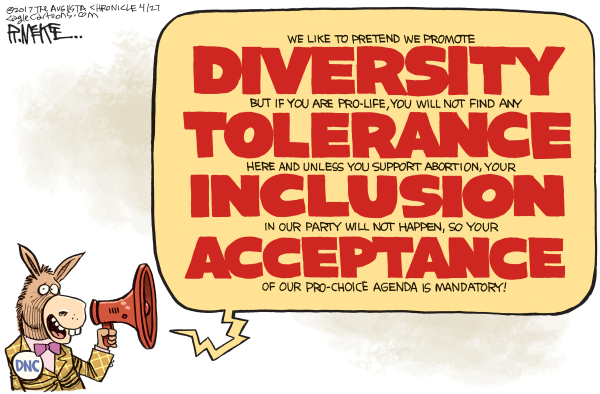 We use euphemisms to soften reality. We do it all the time when forced to discuss things we would rather not discuss or even acknowledge. Death comes to mind.

I’ve completed an exhaustive study and determined that death affects one out of one human beings. Still, we’d rather not talk about it or we try to make it a bit more digestible. After all, it sounds much nicer to say he’s “passed away” than he’s dead.

Employers are good at this. “We’re going in a different direction” is much more polite than “You’re fired.”

Much of our interaction with our kids is laced with euphemisms. When my daughters were young, I found myself adopting certain euphemisms into my daily lexicon. I can remember, when I worked for the Justice Department office in Philadelphia, excusing myself from an important meeting by saying, “I need to find the ‘potty.’”

The problem with euphemisms is they can be used to deceive others and even ourselves. History is replete with state-sanctioned euphemisms designed to camouflage the truly horrible. For example, the “Final Solution” made for much better propaganda fodder than the “systematic murder of six million Jews.”

Today, in the U.S., discussions about hot-button issues such as abortion are often lessons in euphemistic gymnastics, performed with amazing skill and dexterity in the White House briefing room.

A few days ago, a reporter asked President Joe Biden’s press secretary, Jen Psaki, a very direct and simple question. Does the president believe “a 15-week-old unborn baby is a human being?”

The answer ought to be just as simple, especially for anyone who is aware of ultrasound technology.

Instead, Psaki answered, “Are you asking me if the president supports a woman’s right to choose? He does.”

That wasn’t the question and Psaki knew it. But to answer “yes” would have been an admission of what an abortion is and what it entails. It’s much easier to couch support for a barbaric procedure in terms such as, “a woman’s right to choose” and “reproductive rights.” You can change the language but you can’t change reality.

It seems we’ve crossed yet another weird sociological and moral threshold when the leader of the free world, for purely political reasons, refuses to admit that a 15-week-old unborn baby is human. For an administration that often scolds its critics for failing to consider science, it seems more than willing to ignore biological reality. If you’re interested, WebMD offers this description of an unborn 15-week-old:

“Look closely, and you'll be able to see a network of fine blood vessels forming. Baby's muscles are getting stronger, and they are testing them out by moving around, making fists, and trying out different facial expressions.”

The reason the reporter’s question was relevant and posed to Psaki in the first place was that in the fall, the U.S. Supreme court is scheduled to hear arguments on Mississippi’s ban on most abortions after 15 weeks. In the past, the president, through spokespeople, has called such prohibitions on abortion “an assault on women’s rights.”

Such language has been part of the abortion debate for decades. Proponents of legal abortion would like you to believe that what is at stake in the Mississippi case and other similar cases is a woman’s “right to choose.” There’s nothing new about this defense, of course.

What is new is that we know a lot more about unborn babies than we did in 1973, when the Supreme Court ruled on Roe v. Wade.

We know that some 62 million abortions have been performed in this country since 1973 and we can clearly see, through scientific innovation, the humanness in an unborn baby.

But for Psaki to admit than a 15-week-old unborn baby is human would be to admit that abortion and the administration’s support of it really isn’t about choice at all, no matter how much it tries to euphemize its way around the issue.

Because if it is, then we inevitably have to answer the question, “What choice have we really made?”

by Dick Polman
I fail to understand why so many people have long made such a big deal about Joe Biden’s lousy poll numbers. Don’t they know their history? Haven’t they bothered to research recent presidents’ first-term performance ratings? It just so h ...
Playing right into Trump’s hands
by Carl Golden
Whether Donald Trump scooped up 15 cartons of documents and classified material and scurried off to his Mar-a-Lago compound 20 months ago is politically inconsequential. By carrying out an unprecedented raid on his Palm Beach home in search of t ...