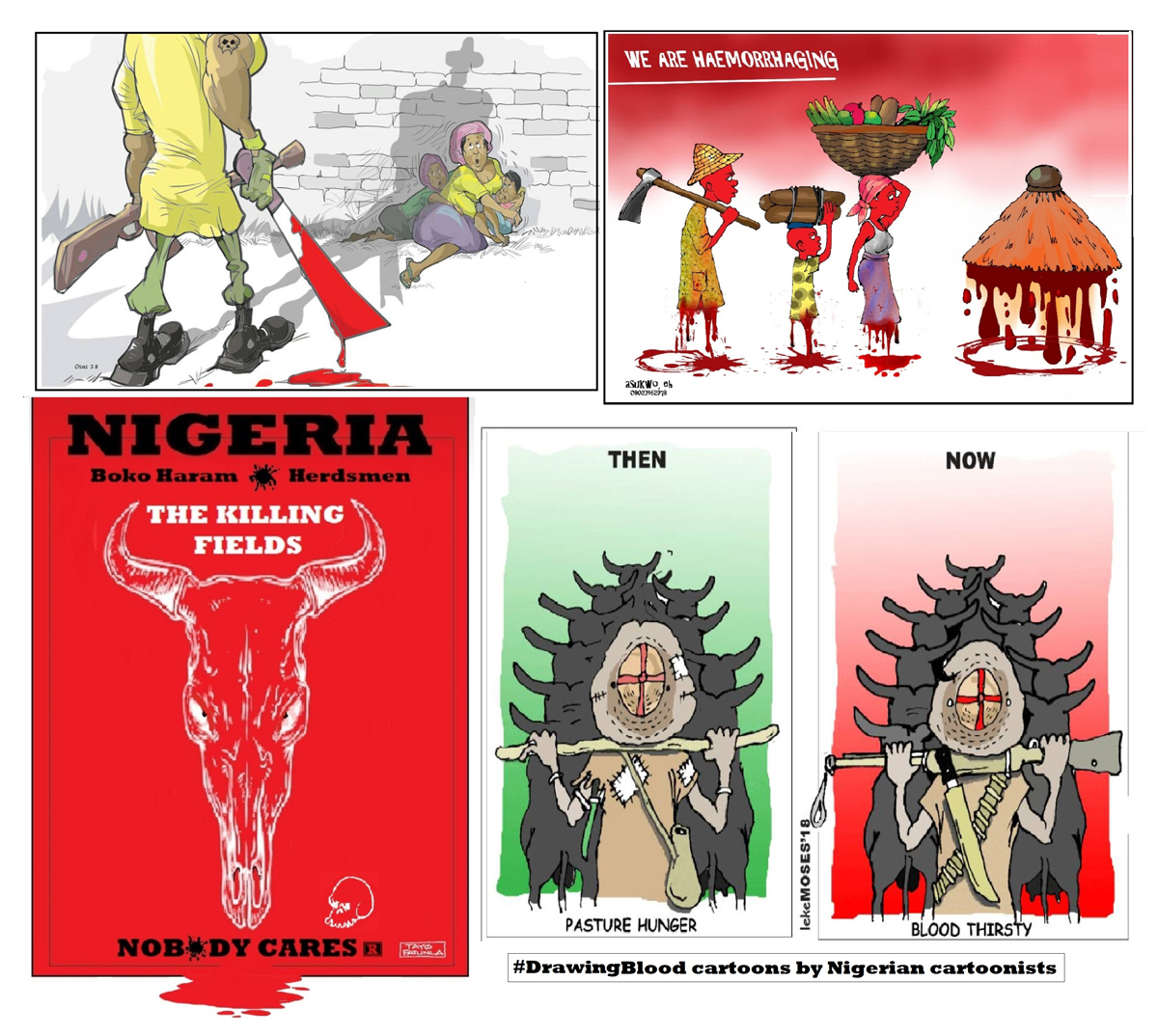 It began by marking World Press Freedom Day on May 3, 2018 and now the organizers of The Nigerian Satire Festival, The Arts & Civics Table (TACT) Organisation, and the Cartoonists Association of Nigeria (CARTAN) have kicked off a new cartoon campaign themed “Drawing Blood.”

The campaign will continue to deploy red blood-themed cartoons as a way of protest against the violence, bloodshed and destruction in different parts of Nigeria perpetrated by Boko Haram and Fulani herdsmen terrorists.

The #DrawingBlood campaign is a call to those in government who are saddled with the responsibility of maintaining peace and protecting lives, which the dire security situation in Nigeria needs. There is a call by many concerned Nigerians and cartoonists for this matter to be urgently addressed. Too many lives are being wasted by the terrorists.

Over the next six months, and leading up to The Nigerian Satire Festival in November 2018, the #DrawingBlood campaign will promote artists and cartoonists utilizing the color red as the main color theme in their work. The campaign will also feature satirical art works in other formats. In addition to publishing these #DrawingBlood cartoons in newspapers and online, cartoon and art exhibitions will be held at various dates over the campaign period. Dates for the exhibitions will be announced on social media pages and on TACTNigeria.org.

Scott Atlas Has Quit, But Can’t Scrub the Blood Off His Hands

by Jase Graves
I've always taken great pride in the tender care I give to my cell phone. Until recently, I could boast that with all of the various cellular devices I've possessed through the years (dating back to the first Motorola bag phone my dad gave me du ...
Finding the Good in Our Grief with Charlie Brown

by Tom Purcell
Good grief. It surprised me how sad I was that "A Charlie Brown Christmas" would no longer air on broadcast television. I felt like I'd lost a chunk of my childhood. In October, Apple TV+ acquired the rights to all "Peanuts" holiday specials inc ...