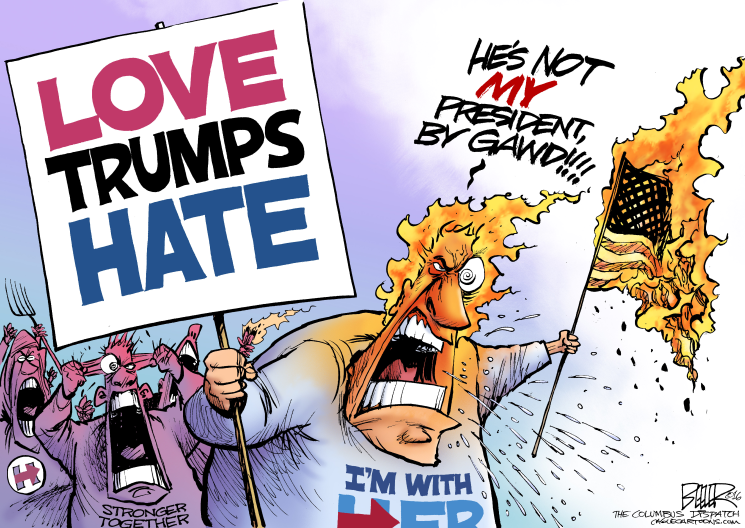 “Can you believe that a man dumped a drink on a teenager because the teenager’s baseball cap favored the president? What’s happening to civil discourse in our country?”

“That’s a question on a lot of people’s minds. Our political discourse is at a fever pitch. Like or dislike President Trump, his sharp rhetoric isn’t helping matters.”

“So what if he attacks his opponents with nasty comments and tweets? He’s a rough-and-tumble New Yorker fighting back the way New Yorkers do!”

“Maybe so, but a president has the power to set the tone, and the tone President Trump is setting is getting people fired up. Other political leaders are also stepping over the line. But the truth is civil discourse has been on the decline for years.”

“Psychology Today reports on a recent study that found people are ruder to each other online for the simple reason that they don’t make eye contact, as they do in face-to-face discussions.”

“That explains why so many dirty rats leave nasty remarks on my Facebook posts!”

“Look, it’s easy to be rude. Being civil and polite requires effort. Civility is the cornerstone of all well-functioning societies.”

“Did you know the word ‘etiquette’ originated under Louis XIV in the 1600s? Etiquette and manners define what social behavior is and isn’t proper.”

“Then consider someone nearer and dearer to your heart: As a teenager, George Washington hand-copied ‘The ‘Rules of Civility,’ a list started by French Jesuits in the 1590s that was translated into English around 1640.”

“His mother probably put him up to it!”

“Washington’s 110 rules are still relevant. Here’s one that we all should heed: ‘Show not yourself glad at the misfortune of another though he were your enemy.'”

“You mean we ought to stop posting items on Facebook that gleefully celebrate election losses by our most reviled politicians?”

“Something like that. Here’s another Washington rule that we ought to heed: ‘Speak not injurious words neither in jest nor earnest. Scoff at none although they give occasion.'”

“Washington’s rules include this one about the company we keep: ‘Associate yourself with men of good quality if you esteem your own reputation. For ’tis better to be alone than in bad company.'”

“If people started doing that, Congress would have nobody to talk to!”

“You get the point. Look, Judith Martin, better known as Miss Manners, says good manners are the philosophical basis of civilization, that it’s essential folks have a common language of civil behavior that restrains their impulses.”

“But impulsiveness is my favorite hobby!”

“Slander, meanness and boorishness is against the law? There goes the weekend!”