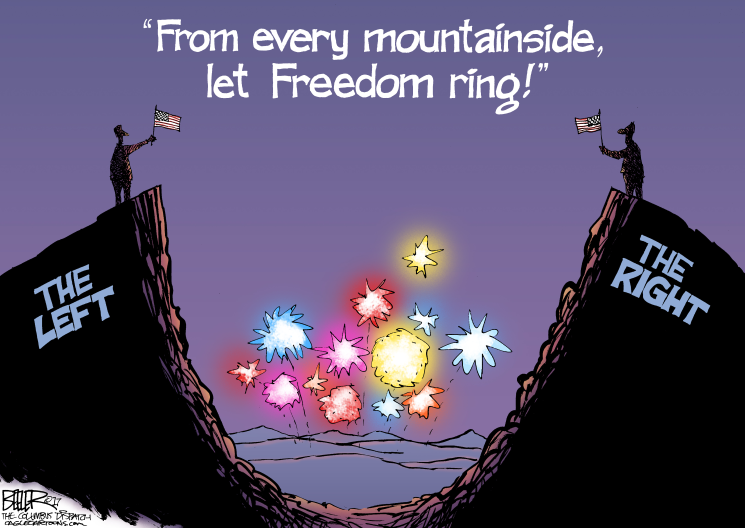 Burgers on the grill, great discounts at retail stores and amazing fireworks that s why I love the Fourth of July!

It s a grand time, to be sure the day every year that we celebrate American independence and the birth of our country. And there are lots of interesting fun facts about the Fourth.

According to–ConstitutionFacts.com, the Continental Congress voted on the Declaration of Independence, which listed our grievances against King George III and explained to the world why our 13 colonies sought independence from Great Britain, on July 2, 1776 not July 4.

Our politicians disagreed on basic stuff like that even back in 1776?

On July 3, 1776, in a letter to his wife, Abigail, he said: I am apt to believe that it will be celebrated, by succeeding Generations, as the great anniversary Festival… It ought to be solemnized with Pomp and Parade, with Shews, Games, Sports, Guns, Bells, Bonfires and Illuminations from one End of this Continent to the other from this Time forward forever more.

History.com–says that immediately after its adoption, the Declaration of Independence was read in public, followed by festivities that included concerts, bonfires, parades and the firing of cannons and muskets,’ just as Adams had wished.

I think we should fire off muskets every year!

According to The Boston Globe, Boston and Philadelphia held ‘illuminatory’ celebrations on July 4, 1777. American University professor James Heintze, author of an extensive Fourth of July history, told The Globe that Boston lit off fireworks and shells and that Philadelphia, then the nation s capital, fired cannons, artillery and small arms before ending the night with a grand exhibition of fireworks.

How cool is that?

After the Revolutionary War, Americans celebrated the Fourth in towns and villages all over the new nation. In 1783, Boston became the first city to designate the Fourth of July an official holiday.–History.com–says the U.S. Congress made the Fourth a federal holiday in 1870, and in 1941, the provision was expanded to grant a paid holiday to all federal employees.

And the ‘illuminations’ Adams wished for are as much a part of the Fourth as hot dogs and apple pie!

They sure are. And if John Adams or any of the other Founders could see how well their fledgling nation has blossomed since July 4, 1776, one thing is for certain.

Fireworks would go off!