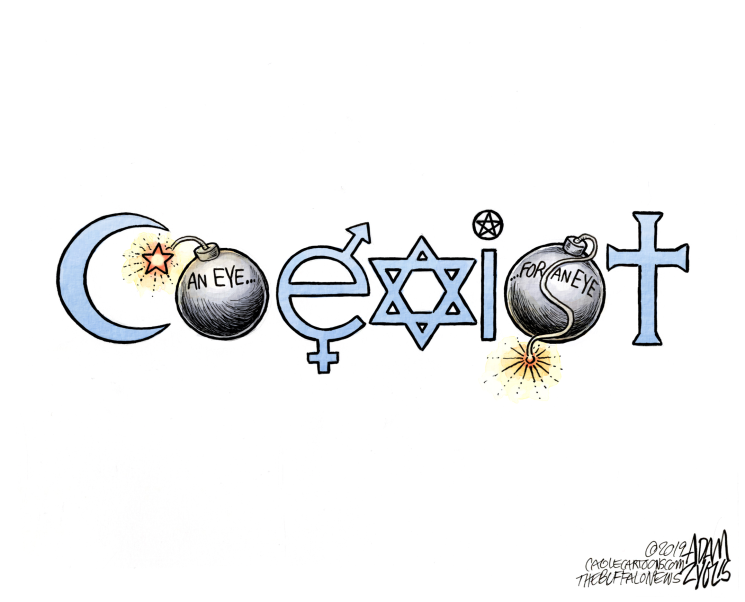 Here’s the worst part: He had every opportunity to choose life.

According to the U.S. Department of Justice, his motivation was to support the cause of ISIS. And he was “aware that numerous people in or around the Church could be killed by the explosion.”

You see, Alowemer is a refugee from Syria. He entered the United States three years ago and lived with his family in an apartment in a public housing complex.

They lived there because Pittsburghers are generous. In 2015, Pittsburgh Mayor Bill Peduto pledged to accept as many as 500 Syrian refugees to help them escape the horrors of their country’s bloody civil war.

Alowemer and his family were given a chance to start life anew. He had recently graduated from Pittsburgh Public Schools’ Brashear High, an English as Second Language school.

It’s not easy to do, but Alowemer, like so many refugees America had welcomed before him, had endless opportunities to create a better life.

He could have chosen the path of another refugee I know, who came to Pittsburgh as an adult in the 1990s, during the Bosnian War.

This fellow spoke no English. He took a job as a construction laborer, learning all the basics of constructing and finishing a building.

In time, he became highly skilled at installing ceramic tile, carpet and other flooring. His English-speaking skills became excellent. He started his own business. He was recommended to me for a carpet job, and I couldn’t have been happier with his work.

But I can’t get him to work for me anymore.

You see, as he worked hard and flourished, he started buying inexpensive homes in a gentrifying section of Pittsburgh. Last we spoke, he had several rental homes that generated enough income for him to retire. He now lives his American dream with his family in a nice suburban neighborhood.

I’ve written about similar refugee stories I encountered while living in the Washington, D.C., region.

I rented an apartment from a refugee from Lebanon. We were born the same year and became good friends.

He told me that prior to war in his homeland, his father had been a successful owner of two retail businesses. The family lost everything.

Thankful to make it to America, my friend and his five siblings took any job they could find – busboy, janitor, laborer. They saved money and opened a bakery. Last I spoke with him, the business employed 100 people and was growing – enabling my friend to live his American dream.

Such positive outcomes are common when refugees are given a second chance at life in America.

According to the Tribune-Review, America will welcome 30,000 refugees this year. Despite the allegations against Alowemer, the refugee vetting process is thorough and effective.

In fact, Alowemer “is the only Syrian refugee accused of being involved in a U.S.-based terror plot,” according to Patrick James, a researcher with the University of Maryland-based National Consortium for the Study of Terrorism and Responses to Terrorism.

Which is what is so sad and troubling about Alowemer. If the allegations are true, he had endless opportunities to create a new life in America, but chose hatred and attempting to inflict death instead.

Unlike the vast majority of refugees – who ask only for a chance to create their own American dreams.

by Joe Guzzardi
For most baseball fans, the season ends when the World Series final putout is made. But in 1946, the lucky residents of Pittsburgh, Youngstown, Cleveland, Cincinnati, Kansas City, Des Moines, Denver, San Diego, Fresno, Sacramento, Los Angeles, S ...