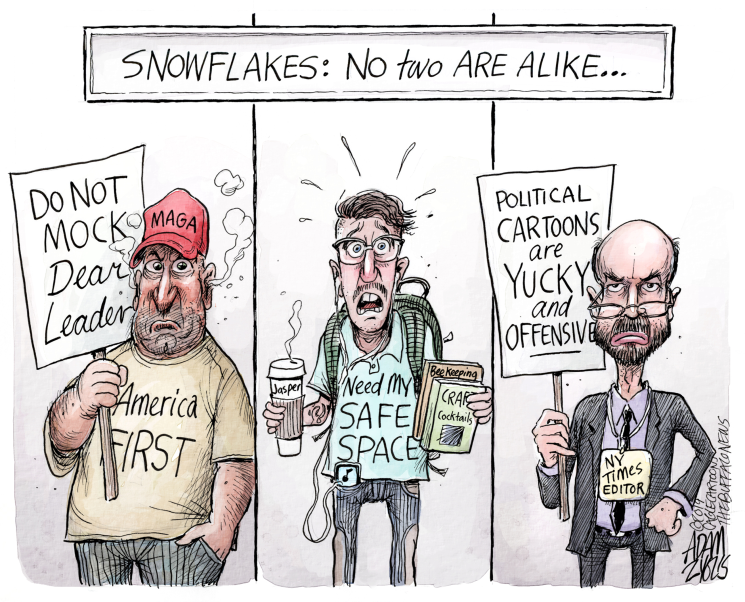 When my retired professor friend told me about it, my alarm bells went off.

According to The Chronicle of Higher Education, three academics founded a cross-disciplinary, peer-reviewed journal to encourage scholars to present contentious arguments.

Though anyone should welcome The Journal of Controversial Ideas, here’s what alarms me: It will allow publication of controversial ideas under fake names (pseudonyms).

Why would academics choose to publish carefully pondered ideas under pseudonyms?

The Chronicle says “such a policy would allow an untenured academic to publish a controversial paper” without fear of consequences.

Translation: Pseudonyms would prevent academics from being fired for sharing ideas that might offend someone – which is all too easy to do in these touchy, highly intolerant times.

Take Bruce Gilley, a Princeton-educated political science professor at Portland State University (PSU). He had a long and distinguished career – until he published a scholarly article arguing that colonialism had certain social benefits.

The Chronicle says “he wrote that colonialism had improved many lives, whereas ‘a century of anticolonial regimes and policies’ had taken ‘a grave human toll.'”

Whatever you think of his premise, you’d expect that robust academic debate about it would be the proper response in a free and open society. But that isn’t what happened.

Within days, a petition to retract his article gathered more than 10,000 signatures, 15 members resigned from the editorial board of the journal involved, and its editor received death threats. Gilley withdrew his article.

But his woes didn’t stop there. Gilley told The Chronicle some students filed a claim against him for “engaging in prohibited harassment and discrimination” and his university’s diversity office targeted him in a “wide-ranging investigation.”

There’s no shortage of examples of additional campus intolerance. Here’s a doozy:

A few years ago, a Yale committee on intercultural affairs sent students an email urging them to reconsider Halloween costumes that might be racially insensitive.

According to Vox, Erika Christakis, a lecturer in early childhood education, then sent an email to the few hundred students in her residential college questioning whether the first email had been necessary and worrying that universities had become “places of censure and prohibition.”

Boy, did she set off a firestorm!

“Within a week’s time, the two emails had led to protests, dramatic confrontations between students and faculty members, and a statement from the university’s president that he was ‘deeply troubled’ by students’ concerns,” reports Vox.

Sheesh! Our young people are awfully emotional these days – which should trouble us all.

Look, freedom of speech and thought is our country’s foundation. It is through robust debate and challenge that we root out bad ideas (socialism comes to mind) in favor of the best ideas (freedom to work where we want, spend our money as we want and speak freely).

Our academics and intellectuals dedicate their lives to pondering and debating life’s most complex and difficult ideas. But if they can’t ponder and debate without the fear of losing their livelihood or being physically harmed by a mob, we have deep problems in America.

Note: We have deep problems in America.

If I were an academic, I’d certainly publish any controversial ideas under a fake name. I’d sign my articles “Afraid to Exercise My Right to Free Expression ‘Cause the Gas Bill’s Due.”

Did Someone Say Colonoscopy?

by Danny Tyree
I was nearly a decade late, but, yes, I finally summoned my intestinal fortitude and underwent a colonoscopy. Some people procrastinate about diagnostic tests because they're terrified of potential bad news ("That mole is NOT irregularly shaped; ...
Democrats Can’t Lose Focus on Battleground States

by Peter Funt
Do political endorsements by newspapers have much impact? It was debatable even back in the 1980s, when daily circulation stood at about 63 million nationwide, and it's even more uncertain now that the number has dropped by more than half. But w ...