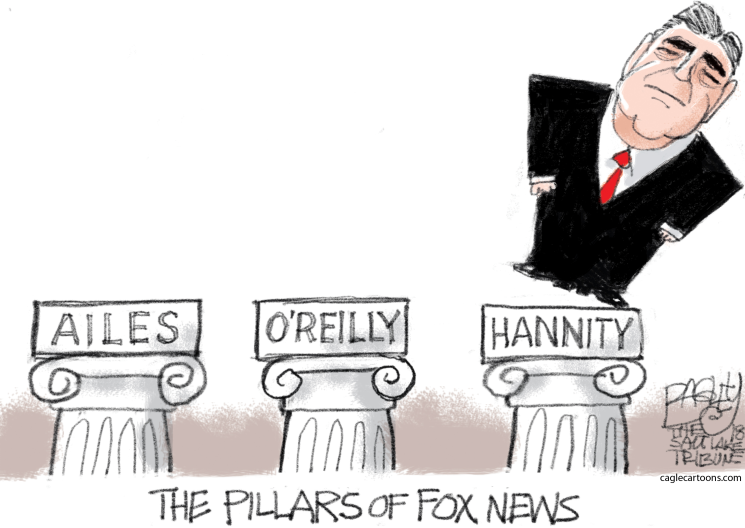 You don't need a weatherman to see that the storm clouds gathering around Team Trump are serious. And since the only permanent member of Team Trump is The Donald himself, this squall is shooting straight down Pennsylvania Avenue, with that hard-candy shell of a hair-helmet above the chair behind the desk in the Oval Office square in its crosshairs.

The tempest is dark and swirly with fierce offshore winds like one of those nor'easters that's ravaged New England the last couple months. Several systems of individual flurries have begun to merge, taking on bulk and velocity, threatening to escalate into one of those upper echelon categories of blizzards.

It's the kind of storm with golf-ball sized hail that leaves dimples on car hoods and white-out conditions shutting down interstates. And American radar models forecast enough downpours to bury the president up to his ears. The European models indicate a larger depth.

The barometer is dropping precipitously on several fronts. Bimbo Eruptions multiply like thunderheads on a midwestern summer afternoon including one suspiciously named Stormy. Raising the sticky question of whether paying to kill a salacious story constitutes illegal campaign contributions or just being real smart.

The recent raid on the offices of Trump's longtime personal lawyer, Michael Cohen, which seized records and perhaps recordings, has staffers quivering like a shaved poodle duct-taped to the foul pole of Wrigley Field during a night game in April. Nobody knows what sort of shenanigans Cohen was up to, but everyone suspects he is a consigliere with secrets. Fredo's consigliere.

Former FBI Director James Comey's new book calls The Great Pretender not just a liar, but an orange unethical dangerous mob boss liar with baby hands. The president, in response, tweeted that the professional Boy Scout from the Justice Department is a "leaker and a liar" and a "slimeball." Not an epithet normally heard coming from the highest office in the land.

And although his sentence was commuted by George W Bush, Scooter Libby was never pardoned for his convictions of perjury, obstruction of justice and lying to the FBI. So perhaps Trump remedied that situation as a signal to his associates that he doesn't think these crimes are very important. Wink-wink, nudge-nudge. "Don't worry boys. I got your back, your front and your sides."

His own party is pulling out the bullet-proof umbrellas. Fearing a blue wave the size of a nuclear- powered tsunami, Speaker of the House Paul Ryan didn't just ditch the ship but the pier and the entire harbor itself.

And slowly riding in on the horizon... Mueller is coming. Mueller is coming! And it can't be too comforting that special prosecutor Robert Mueller bears a slight resemblance to the Night King from Game of Thrones. Right about now Donald Trump might be best served by looking for a fire-breathing dragon.

Maybe that's what John Bolton is for.