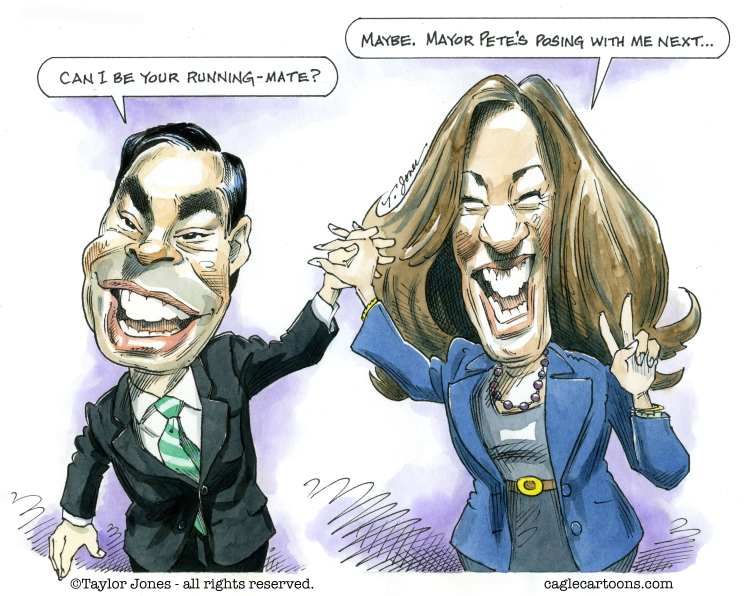 Back in 2000, the presidential election was tight and much attention was focused on who better related to the public. Al Gore was viewed as an automaton, the product of reverse taxidermy who had to be hosed down every spring with Thompson's Water Sealant. He needed a strobe light at press conferences just to give the appearance of movement.

George W. Bush, on the other hand, was a good ol' boy Texan. "Someone you could have a beer with."Of course, the whole nation remained on alert in case we had to take away the car keys.

Ever since, likability has played a pivotal election role. Except in 2016, when the two candidates were as beloved as wounded coyotes fighting over a dead rabbit in a broom closet.

If you had to pick one of the 20 debate-qualified Democratic candidates to have a beer with, you could do worse than John Hickenlooper, who helped found the Wynkoop Brewing Company before stints as Denver mayor and Colorado governor. A man who knows his India Pale Ales and Summer Wheats from his 3.2 percent Utah dishwater.

Beer expertise might not be a prime arrow in the other candidates' quivers, but they all sport individual characteristics that could endear themselves to certain distinct demographics. Some more targeted than others. For instance:

- The best guy to sit on a porch in matching rocking chairs to wax poetic about the bad old days; Joe Biden.

- Anybody interested in arguing the merits of Texas vs. Iowa barbecue should report directly to Beto O'Rourke.

- If you want someone to belt out a couple of choruses of The Internationale with: Bernie Sanders is your man.

- If you need to dust the top of a really tall bookcase, give Bill DeBlasio a call.

- Curious as to how "Minnesota Nice" differs from "Minnesota Get Things Done," sidle up to Amy Klobuchar.

- You want the real skinny on Marcia Clark, Arnold Schwarzenegger or Willie Brown, you need to talk to Kamala Harris.

- Rate the skits in The Best of Al Franken on Saturday Night Live DVD with Kirsten Gillibrand.

- Looking for someone who knows someone who might could possibly get you backstage at a Bruce Springsteen concert, how about Cory Booker?

- Get down and dirty as to how you'll spend your guaranteed $1,000 a month mostly on gum and candy with Andrew Yang.

- Discover which of the TV pundit shows has the best snacks in the green room by talking to Michael Bennet.

- Discuss the ins and outs of playing The Parent Trap for real with Julian Castro.

- For an extremely accurate but sympathetic tarot reading, Marianne Williamson.

- Argue where Spiro Agnew ranks on the list of most corrupt Maryland politicians with John Delaney.

- Lay odds on who will be the next candidates to follow in his footsteps by quitting the race with Eric Swalwell.