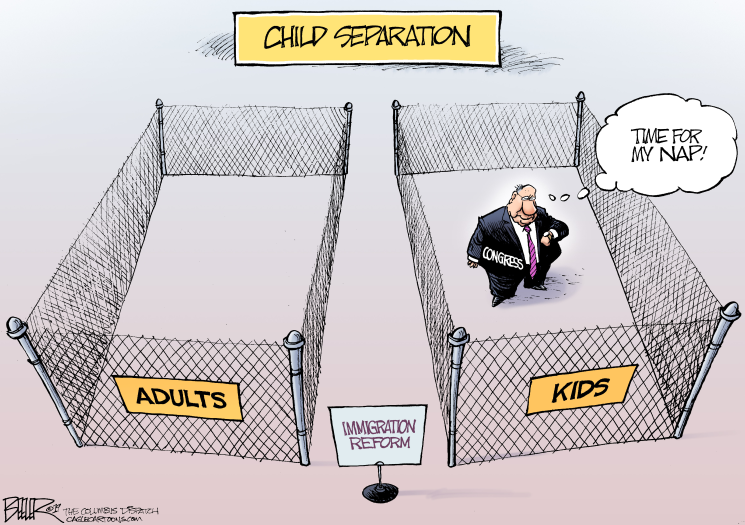 Last fall, I took an extended road trip through the Great American Southwest. During my travels, I spent about a week in the Las Vegas area, and came upon a quaint ice cream shop just on the outskirts of town. Since the small store offered early morning cortados, a light lunch menu, and a variety of ice cream and gelato, I gravitated toward the shop and avoided the raucous casino buffet scene.

During my Las Vegas visit and based in part on my long-ago ownership of an Eastern Long Island ice cream store, I developed a casual friendship with the shop's proprietress, an Italian national I'll call Paola.

One day, I asked Paola if she had a sponsor who petitioned for her. No, Paola said, she was a diversity lottery (DV) winner. After years of failed attempts, Paola said she finally won, packed up and headed to the United States. I congratulated Paola, and said that soon she would be able to sponsor her immediate family. But Paola told me that she was divorced, childless and, unlike most DVs, had no desire to sponsor her extended family.

Paola is the only DV I've ever met. I can only guesstimate where among the 50,000 annual winners she would rank on an overall suitability scale, but I'll put her down for high. Paola owns her own business, and is therefore not social services-dependent. She speaks English, and doesn't plan to sponsor anyone. These are all huge pluses.

But if it's true that Paola is more productive than most DV winners, she's still not bringing that much to the party. Within a ten-mile radius of her ice cream shop, there were at least a half dozen other similar businesses. And Paola employs only two part-time weekend teenage workers who earn minimum wage. Paola isn't an essential contributor, and judging by the modest foot traffic I observed, her high overhead business ,' astronomical rent in a popular strip mall, and monstrous utility bills to keep those freezers cranking in 100-degree Nevada summer weather ,' is merely scraping by.

Every year when 50,000 DV lottery winners strike it rich, symbolically speaking, immigration restrictionists bang their collective heads against the wall. Congress should eliminate the pointless DV even if it can't get its act together on any other commonsense immigration reduction measure. The DV is the polar opposite of sensible.

Created as part of the Immigration Act of 1990, the diversity lottery's goal was to randomly bring immigrants from countries that have low send rates. As a result, the majority of the visas go to individuals who have few modern-day skills and no U.S. family ties. The question is often asked why the State Department awards globally coveted Green Cards randomly when Ivy League colleges and Wall Street have a rigid process for who they admit.

Moreover, the DV is unfair to immigrants who comply with U.S. laws. The visa lottery program does not prohibit illegal aliens from applying. Most family-sponsored immigrants currently face years-long waits to obtain a visa, yet the lottery program pushes 50,000 random migrants to the head of the line.

Since 2005, several efforts to eliminate the DV have been introduced in Congress, and failed to advance. As a tragic consequence, in 2017, Sayfullo Habibullaevic Saipov, a 2010 Uzbekistan DV winner, killed eight and injured eleven when he drove his truck down a bike path in lower Manhattan. President Trump demanded more thorough DV vetting, but the Saipov case quickly faded out of the headlines.

Based on the DV results since 1990, more immigration and a higher foreign-born population, Congress should declare the program a success, and end it. Needlessly adding more people to an already overcrowded nation is foolish.