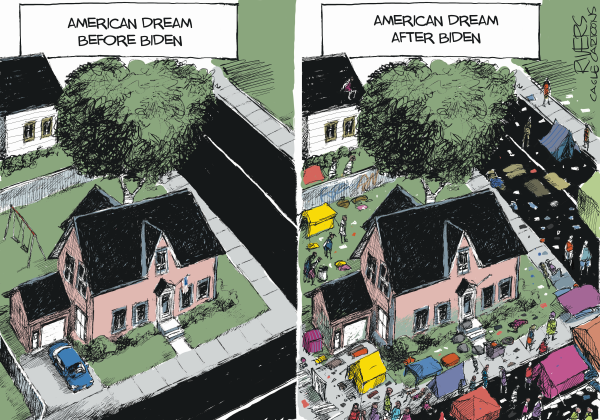 When pro-immigration activists accosted Krysten Sinema, in a ladies’ room stall earlier this month, the Arizona senator missed a great opportunity to score points with the state’s Independent and Republican voters.

Sinema, an adjunct School of Social Work professor at Arizona State University since 2003, was followed into a campus bathroom and recorded while inside. Living United for Change in Arizona, a radical organization, posted the Sinema video, which including a student identifing herself as illegally present.

Taping and then distributing the video, which is what Sinema’s brazen student activists did, violates Arizona law. Add that threatening a sitting senator is a federal felony that can land violators in prison for up to five years.

Instead of ducking the agitators, Sinema could have given them a brief review of immigration law, which clearly states that unlawfully present aliens are subject to immediate removal, that deferred action isn’t law but was created through presidential executive action, and that she was elected to represent all Arizonans’ interests, not just the alien lobby.

Of course, that’s a pipe dream. Instead, Sinema rebuked her students in a lukewarm statement on her Senate website which concluded: “It is the duty of elected leaders to avoid fostering an environment in which honestly held policy disagreements serve as the basis for vitriol – raising the temperature in political rhetoric and creating a permission structure for unacceptable behavior.”

Sinema should be looking ahead to her 2024 re-election bid, and focus on the role immigration will play when she defends her seat. While Democrats currently hold both Arizona Senate seats, Mark Kelly narrowly won a 2020 special election, and will face a strong Republican challenger in 2022, by which time immigration will be more of a hot-button issue than ever.

Over the coming months, at Arizona’s Yuma sector, the illegal immigrant surge is expected to surpass Texas’ Del Rio Sector. In previous years, Yuma ranked nearly last in border apprehensions. In FY 2020, 8,804 migrants were apprehended throughout the sector. A confidential Customs and Border Protection source said his unit now sees the incoming total exceed that amount every two weeks, with family units and unaccompanied minors anxious to surrender.

The Tucson and Douglas sections also are under illegal alien surges which have so overwhelmed Arizonans that signs and bumper stickers are found statewide – “BLM, Biden Loves Minors.” The latest bulletin from Biden’s White House shows that of 7,000 refugees, from the 125,000 cap he’s established, 422 are being sent to Arizona. The refugees may come from nations known to have terrorist ties: Syria, Yemen, Somalia, Venezuela, Myanmar, Eritrea and Sudan. To date, 1,610 Afghans have been resettled in Arizona with more to come soon – and a total of 95,000 to be resettled throughout the U.S.

In short, significant immigration is headed Arizona’s way, more than what the average voter in the purple state might deem feasible over the short-term. Sinema, a narrow winner in 2018, should consider her immigration position carefully for the 2024 re-election bid. Whatever else happens between today and then, she’ll be forced to explain, if not defend, Biden’s reckless open borders and resettlement agenda that may have, three years from now, wrought substantial social and economic damage to the nation.

Biden has facilitated drug and human smuggling, and the worldwide criminal networks have taken full advantage. At the very least, Biden has taken major strides, against the will and wishes of most citizens, to destroy sovereign America.