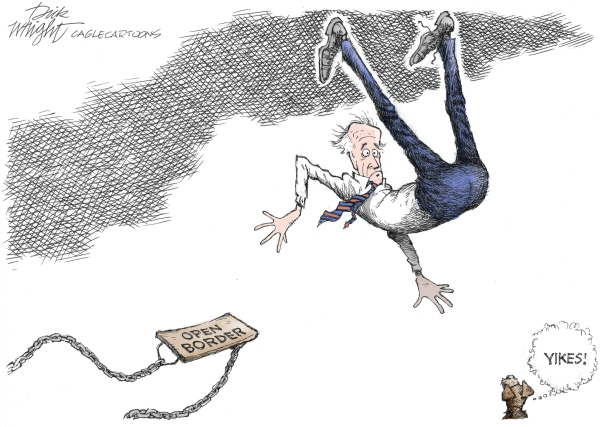 While a disbelieving nation is focused on the endless border crisis, more immigration sleight of hand is ongoing in Washington. Cloaked in Congress-speak, the troubling details of the Build Back Better Act are being hidden from a bad-news weary public.

The National Border Patrol Council’s Rio Grande Valley chapter vice president Chris Cabrera told Sen. Marsha Blackburn (R-Tenn.) that the widely cited 400,000 “got-aways” represents a significant undercount. The total number of aliens who evaded border patrol detection is, Cabrera said, “at least twice if not three times that number,” as many as 1.2 million illegal immigrants. Add the 1.2 million not tallied to those among the 1.7 million caught and released in fiscal year 2021, and all of a sudden, the U.S. has a new population roughly the equivalent size of Phoenix, the country’s fifth largest city.

The border crisis is public, seen in its full inglorious detail on the nightly news. Congress’ immigration shenanigans occur behind closed doors and are incomprehensible to nonimmigration lawyers. Nevertheless, the open borders and Capitol Hill wrangling have the same goal: a huge, nation-altering immigration increase.

Senate parliamentarian Elizabeth MacDonough rejected amnesty Plans “A” and “B,” concluding each time that transformative immigration changes don’t belong in budget reconciliation legislation. That should have ended the amnesty discussion. But, undeterred, expansionist Democratic senators have nevertheless stealthily included provisions in Biden's bill that will significantly increase legal immigration and subsequent chain migration.

Writing for the Center for Immigration Studies, Robert Law, a former U.S. Citizenship and Immigration Services official, noted that pro-expansion advocates have tried to hide the reconciliation bill’s massive immigration increases through “an accounting scam,” commonly known as “visa recapture.”

Every year, the State Department offers 140,000 work visas, 226,000 family-sponsored visas and 50,000 diversity visas to prospective immigrants. The reconciliation bill proposes going all the way back to 1992 to “capture” and reuse unissued visas, and to make them available to potential immigrants.

Law wrote that recapturing visas, as the reconciliation bill proposes, violates existing immigration law; in effect, there’s no such thing as an unused visa. Sen. Bill Hagerty (R-Tenn.) wrote in protest to his Independent Vermont colleague Bernie Sanders, and called the recapture provisions “the crown jewel of corporate lobbying.” Breaking immigration law, however, isn’t a roadblock for the Biden administration – witness the border crisis which the president and his Department of Homeland Security secretary Alejandro Mayorkas created and encourage.

The Build Back Better bill has more destructive provisions aimed at U.S. tech workers which would further enrich cheap labor-addicted employers. Under the proposed legislation, an illegal alien already in the U.S., and with a two-year wait for his Green Card, could, assuming his sponsoring employer pays a $5,000 fee, adjust his immigration status to lawful permanent resident, exempt from annual limits and per-country caps.

About 583,420 H-1B visa holders and their families would jump to the head of the Green Card line. Hundreds of thousands of U.S. tech workers have had their personal and professional careers ruined by callous Big Tech employers who have exploited H-1B visa rules to hire cheaper foreign-born workers while they pass over more qualified Americans.

In his same letter to Sanders, Hagerty summed up how ruinous the legislation would be for U.S. tech workers: Those provisions “effectively terminate, for at least 10 years, all numerical limits on the annual allotment of green cards,” allowing “technology companies across America to employ a functionally limitless supply of cheaper foreign labor in place of willing, able, and qualified American workers.”

More than destructive to U.S. tech workers, the bill will create population spikes so dramatic that the U.S. Census Bureau will have to revise dramatically upward its growth projections. Pre-Build Back Better, the Census Bureau projected that U.S. population would grow by 79 million people between 2017-2060, with roughly 90 percent of that growth resulting from Congress’ immigration policies. Americans don’t want more sprawl, more traffic, and a less enjoyable quality of life.

A growing number of Americans feel that Biden is too focused, and at their expense, on bettering illegal immigrants’ lives and accommodating the donor class. The $185 trillion Build Back Better bill is a glaring example – vague promises about reaching climate goals, the proverbial vows to create millions of better jobs, affordable childcare availability, and other familiar, but never-kept pledges to improve Americans’ lives.

Immigration increases will change Americans lives, and should be discussed front and center in the Senate Judiciary Committee, not tucked away in the small print of a voluminous 1,684-pages bill that only a scattered handful of Senate aides have even read.