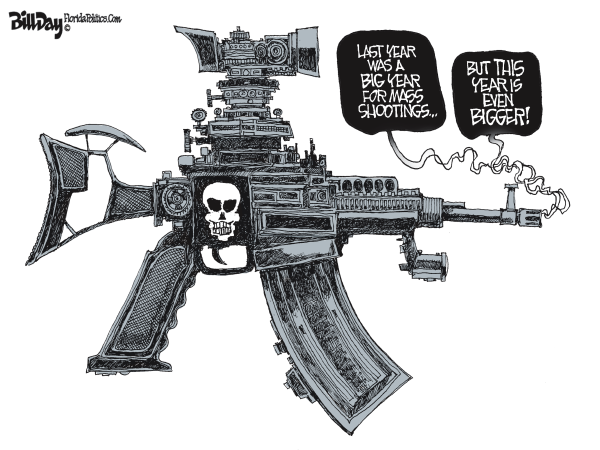 Tina Ford understands the toll of gun violence like few of us ever will. She lives with it every day.

In April 2019, her, son, Armani Ford, a local high school football legend, was shot and killed in his hometown of Clairton, Pa., a steel town in the Monogahela River Valley, just south of Pittsburgh. He was just 23 years old.

In the wake of her son’s death, Ford helped found a local chapter of Mothers of Murdered Sons, or MOMs. Among other women who had buried children all too soon, she found comfort and solace. To her frustration and sadness, she found its membership kept growing.

And the price of that loss, she said, extends beyond the heartache. The hole torn by premature loss of a child can mean missed work and economic hardship that leads to a bereaved person falling behind on their rent and bills.

For too many, there’s no way out of that financial spiral.

“We carry each other. We help each other,” Ford said at a news conference on Tuesday. “I have strength from God. But this is serious. We need help.”

Davis' proposals respectively would offer debt deferral to grieving parents and create a grant program that would offer financial assistance to those families.

If they’re eventually approved and signed into law, the bills would give families “time to grieve without a fear of losing their homes,” Davis said Tuesday.

That’s not just rhetoric. Research has shown that gun violence exacts a measurable economic impact on the communities where it occurs.

Across five cities, gun violence slowed neighborhood home appreciation by about 4 percent, according to The Urban Institute’s Justice Policy Center.

The research also showed that surges in gun violence, defined as a sudden and sharp uptick in violence, also led to lower credit scores and home ownership rates.

All told, gun violence exacts an economic toll of a staggering $229 billion a year, according to Brady: United Against Gun Violence.

That tally “includes $8.6 billion in direct expenses such as for emergency and medical care,” according to The Washington Post. And, as the Urban Institute notes, those costs are disproportionately borne by communities of color.

“We talk about gun violence as a public health crisis and a state of emergency,” said state Rep. Donna Bullock, the Philadelphia Democrat who chairs the Pennsylvania Legislative Black Caucus.

But as was the case with the COVID-19 pandemic, and the ensuing emergency declaration, families in need received services and financial assistance, Bullock pointed out.

And if policymakers are going to walk the talk about the public health toll of gun violence, then the families whose lives have been torn apart by gun violence should receive the same kind of help from the state.

Bullock, the mother of two sons, says she prays the Black mother’s prayer every day that her children return home safely and, then, referring to the mothers arrayed behind her holding photos of their fallen children, that “I don’t join your club — that’s real.”

“Let’s do right by these families,” she said, by passing Davis’ legislation. “That’s the best thing we can do for these families.”

Policymakers, he said, needed to come up with more than band-aids, they needed to learn “why people wake up with murder on their minds … Until we come up with a plan that addresses the root causes of crime, we’re going to be back here every year.”

For Ford, who deals with the post-traumatic effects of her son’s death — anxiety and insomnia — that help can’t come soon enough. Until it does, she said, she and her fellow MOMs will persevere.

“We can’t stop the violence in the streets,” she said. “But we can help the mothers.”